A Most Unusual Village

As I was looking through my photos I ran across some pictures which I took several years ago before I started writing this blog.  Alejandro and I took a weekend excursion to a very unique place in the mountain forests in the Mexican state of Veracruz.  We took the highway toward Jalapa, the capital of the state, and then turned off onto a winding two lane road.  We finally arrived at the town of Santa Marta del Bosque (St. Martha of the Woods).

It dates back to the 1860s, when Napoleon III of France invaded Mexico and made the Hapsburg prince Maximillian his puppet emperor.  During his short, ill-fated reign, Maximillian encouraged European immigrants to settle in Mexico.  One group of about 200 farmers from the Austrian Tyrol came here.  The temperate mountain woodlands reminded them of their Alpine homeland.  They cleared the forest to build their town and to open pastureland for their livestock.  Even after Maximillian's defeat and execution, most of the settlers stayed on

Today their little town has a population of around 1000 people.  Many of the residents can trace their ancestry back to the original Austrian colonists, and there are still a few who speak German.  Much of Santa Marta del Bosque (originally named "Heilige Martha im Wald") looks as if an Alpine village had been plopped in the Mexican countryside.

The church is built in typical Austrian style with an onion dome reminiscent of the days when the Ottoman Turks nearly succeeded in conquering Austria.  Up until the early 1900s masses here were said in German. 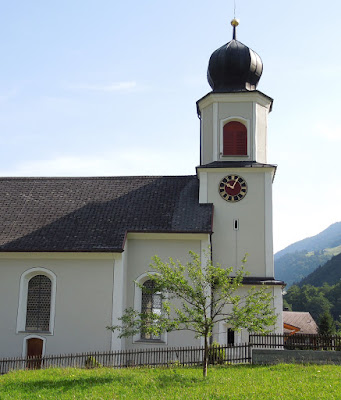 A number of the original houses still stand. 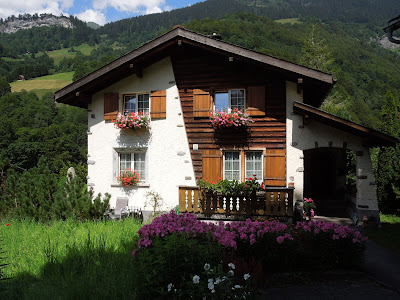 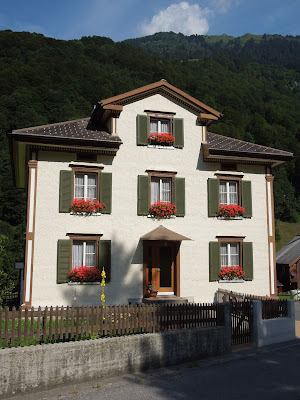 Dairy farming remains the principal occupation here, and the town is noted for its cheeses. 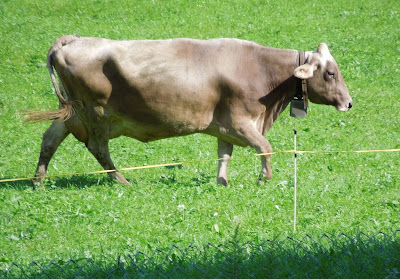 At the edge of town there is a path which follows a mountain stream. 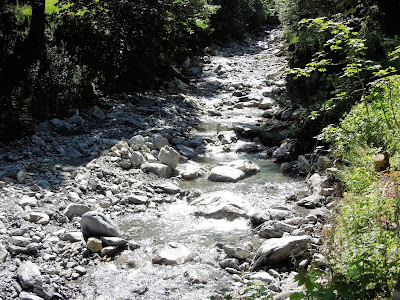 We walked up the path for about a mile until we came to this lovely waterfall. 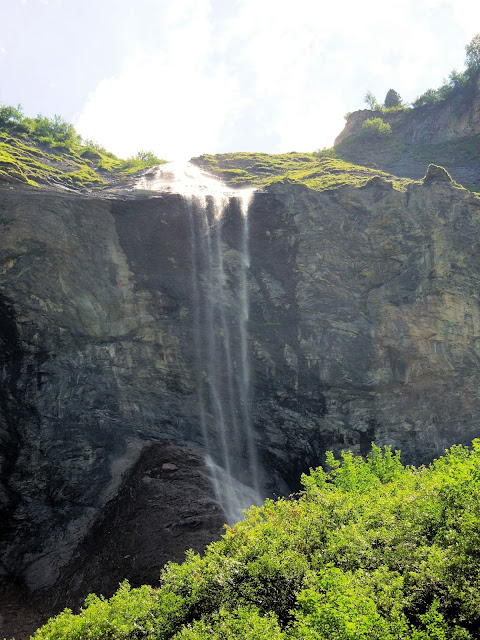 The picturesque town receives some visitors, but I find it hard to believe that this beautiful spot is not better known.  Perhaps it is because the town does not exist.  This entire post is an April Fools joke!  These photos are not of Mexico but of a Swiss village called Weisstannen.  Did any of you fall for it?
Posted by Retired Teacher at 7:41:00 AM