North of the border we have the old saying, "April showers bring May flowers."  Here in Mexico April is still part of the dry season, but there are plenty of flowers blooming.

From late winter through early spring, there are jacaranda trees blooming everywhere in Mexico City.  (If you should look at the satellite view of Mexico City on Google Maps, it is obvious that it was photographed during the jacaranda season because there are splotches of purple everywhere.) 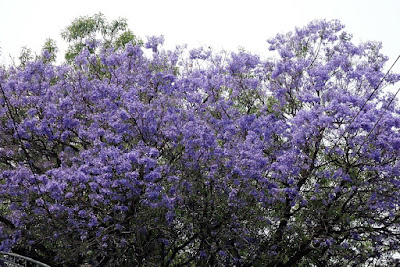 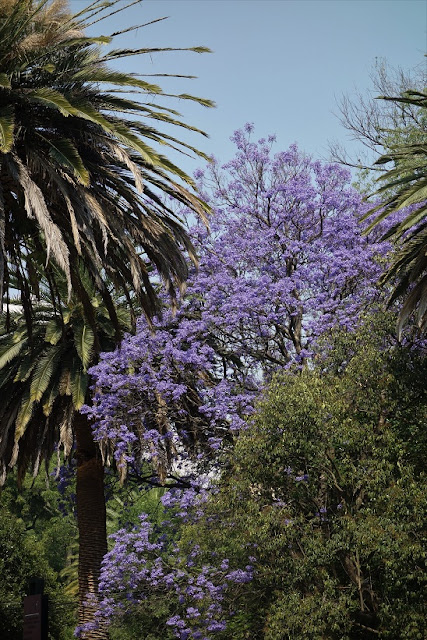 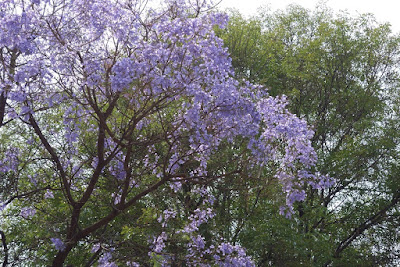 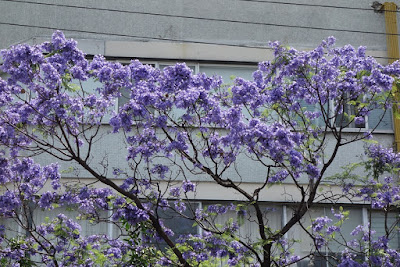 Regardless of the season, you will find bougainvillea in bloom. 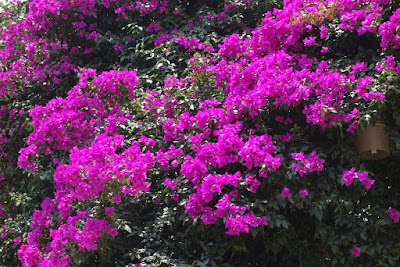 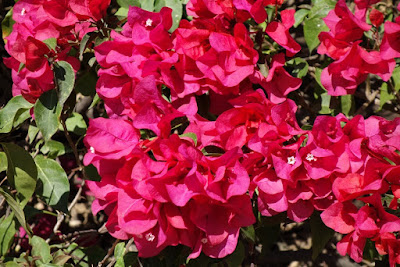 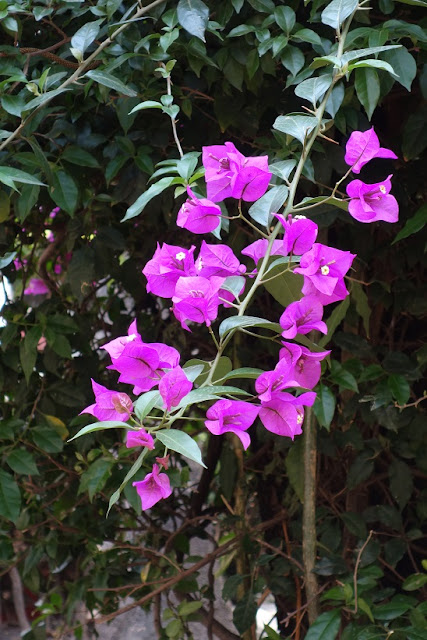 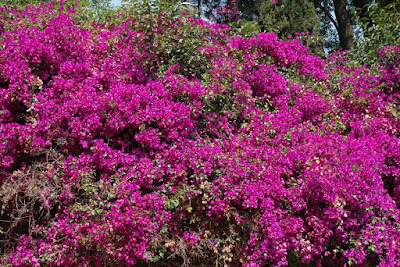 They are not native to Mexico, but I saw some bird of paradise blooming near the entrance to the Anthropology Museum. 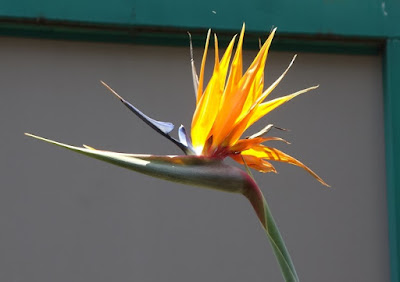 Christmas is long past, but I saw this "flor de Nochebuena" (we know it as a poinsettia) which was as tall as a small tree.  It had dropped most of its green leaves, but it still had some of its red bracts. 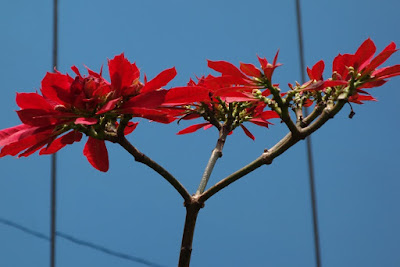 There are a number of flowers which I see all the time in Mexico City's parks, but I do not know what they are.  Do any of my readers know? 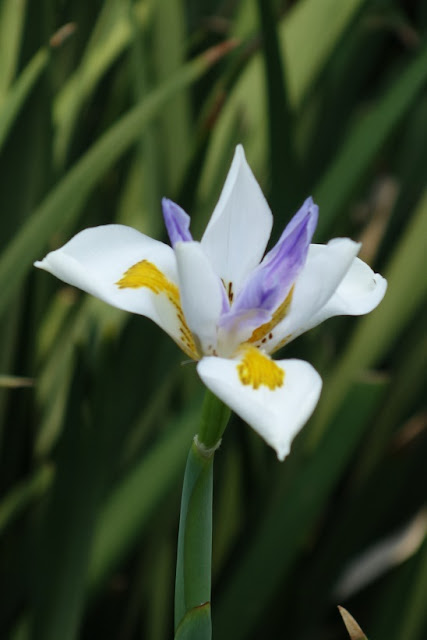 I see this flower everywhere.  The plant has tall, spiky leaves.  The flower is quite small, but, if you look at it carefully, it is very beautiful. 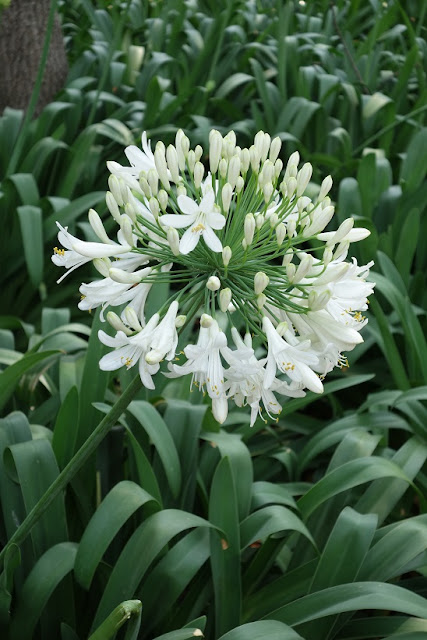 Is this flower a member of the allium family? 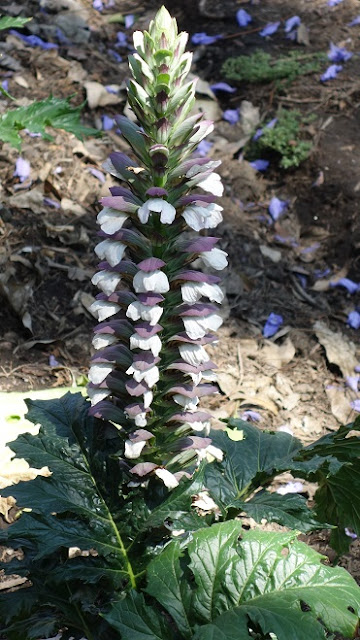 And finally, what is this flower which I have seen in a number of the city's parks?

Best wishes to all my readers for a happy Easter!