If you have ever traveled in Michigan, you may be familiar with the town of Frankenmuth, the home of Bronner's Christmas Wonderland.  Bronner's promotes itself as the world's largest Christmas store.

In the state of Michoacán (not Michigan) in the town of Tlalpujahua, there is another store where Christmas lives all year long... "La Casa de Santa Claus" (the House of Santa Claus). 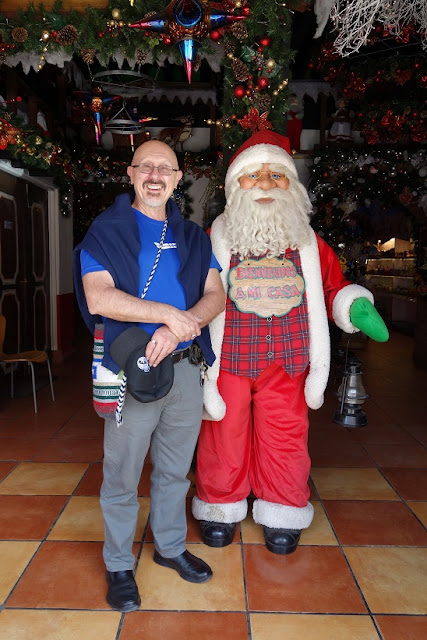 The store is owned by the Muñoz family, the same family that introduced the art of glass-blowing to the economically dying town of Tlalpujahua in the 1960s.  In 1965 Joaquín Muñoz established the factory “Adornos Navideños”, which produces hand painted, blown glass Christmas ornaments.  Today there are more than 150 workshops in the town, but “Adornos Navideños” remains the biggest and most important.  It is the largest Christmas ornament factory in Latin America, and among the five largest in the entire world.  The factory employs 500 workers. 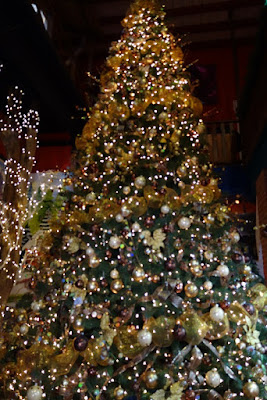 A two story Christmas tree stands within the entrance to the store. 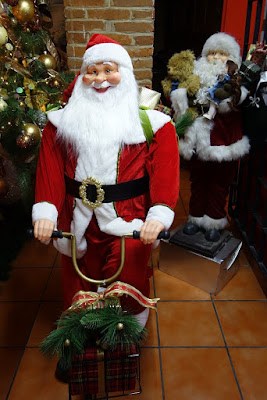 There are other handicrafts for sale besides ornaments... some of them are not even related to Christmas.  However most of the store is filled with bin after bin of glass decorations. 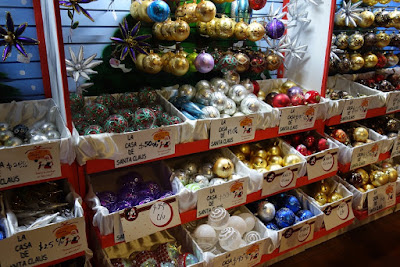 "La Casa de Santa Claus" in Michoacán is small compared to Bronner's in Michigan, but this store in Tlalpujahua has one big advantage over Bronner's.  Nothing is "made in China"; everything is "hecho en México"!