I have written in earlier posts that the Mexican Secretariat of Tourism awards the designation of "Pueblo Mágico“ (Magic Town) to towns that are unique for their beauty, culture or historic importance.  I have visited a number of "Magic Towns", but the one that Alejandro and I visited this past weekend is one of my favorites.  We went to Tlalpujahua, a town of about 3700 people in the state of Michoacán.

It is about a three hour drive from Mexico City.  Most of the trip was along toll roads, but the last half hour we traveled along a winding two-lane road that took us into the mountains.

Tlalpujahua was founded in 1593 as a mining town.  By the late 19th century, its was the country's leading producer of gold.  That ended however in 1937 when a landslide buried one third of the town and put an end to mining operations.  The town languished, and the population declined to about 600 people.

Then in the 1960s, a former resident of Tlalpujahua returned to his home town after a sojourn in the United States and started a company making blown-glass Christmas ornaments.  There are now two Christmas ornament factories and around 150 smaller workshops.  The industry accounts for around 70% of the economy.

The town's designation as a "Magic Town" has also brought tourism to Tlalpujahua, although most visitors are from Mexico.  I was the only "gringo" that I saw.

The town's hillside location means that wherever you go, you are going to climb or descend the cobblestone streets.  Good walking shoes are a must. 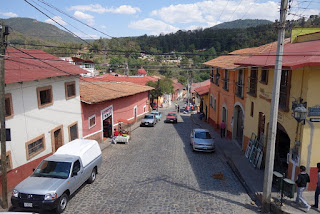 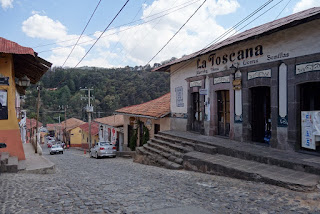 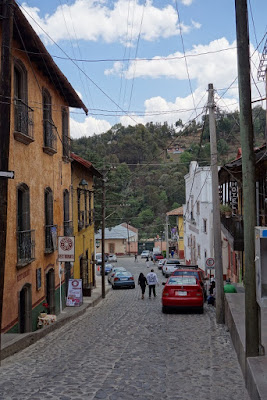 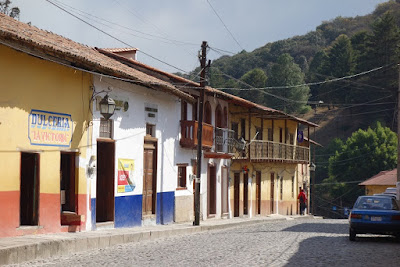 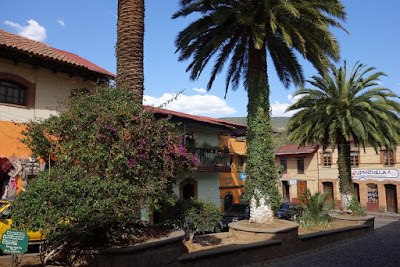 There are two plazas in the town.  One is a lovely spot with fountains and a bandstand. 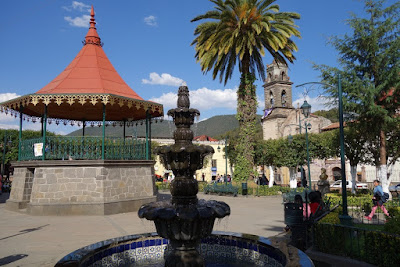 The Church of San Francisco, which faces the plaza is quite pretty inside, and the cloister of the former Franciscan monastery is picturesque. 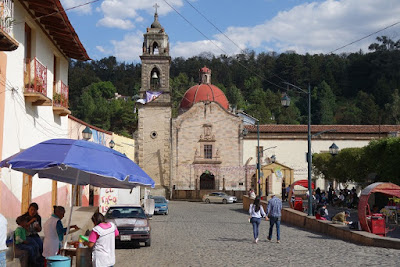 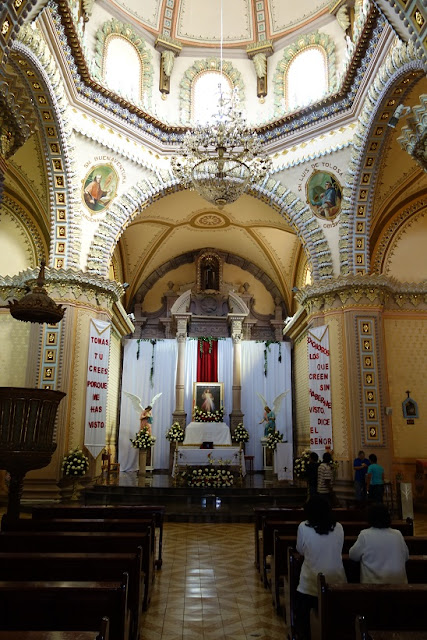 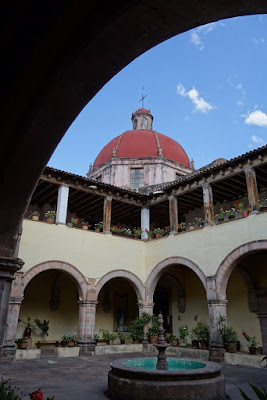 Uphill there is another plaza called the "Plaza Mayor" which is a paved area.  On this weekend is was the site of an open-air market selling ceramics and pottery. 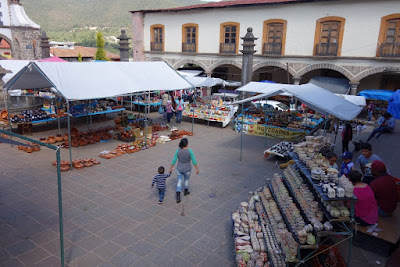 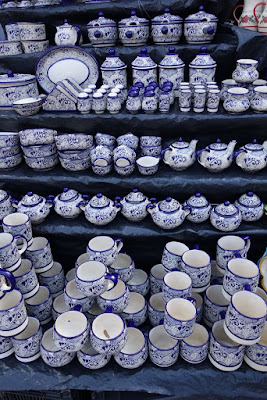 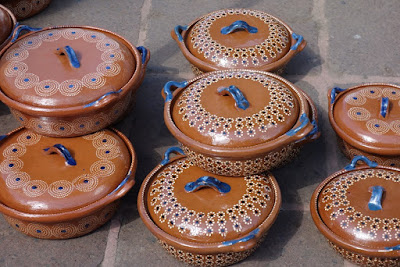 From the "Plaza Mayor" a flight of steps leads to the town's most important church, the 18th century Sanctuary of Our Lady of Carmen. 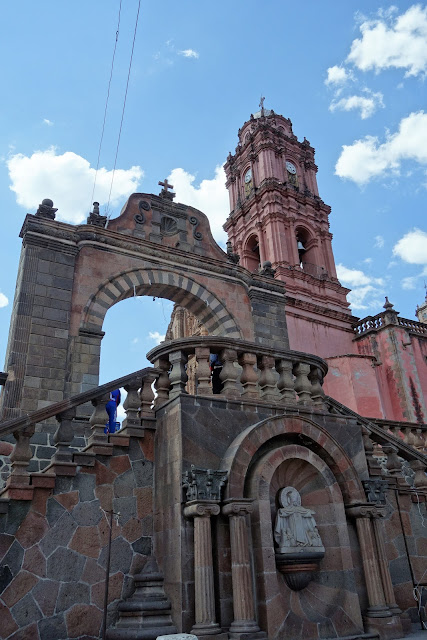 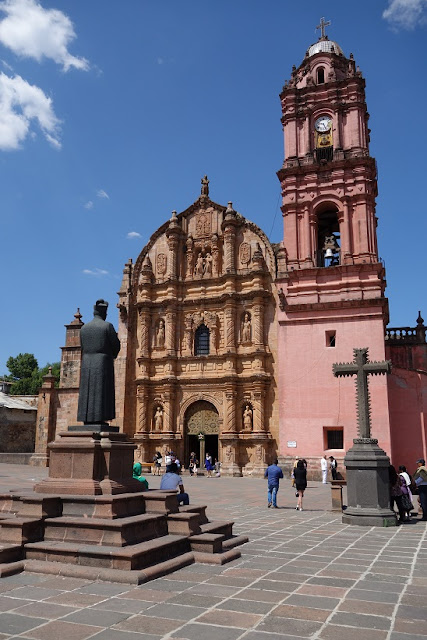 The interior of the church is exceptionally beautiful. 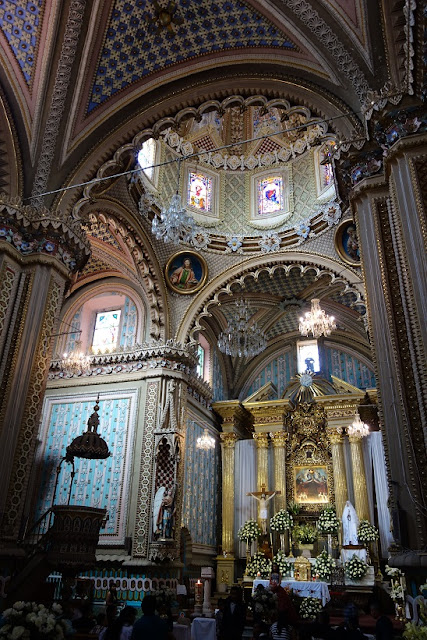 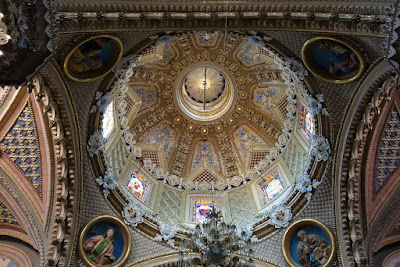 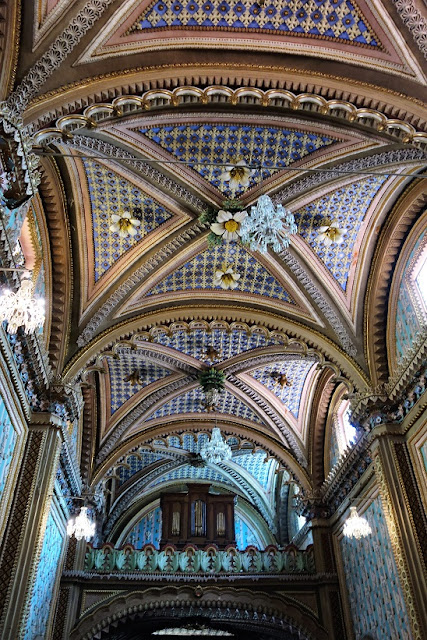 There were images of Jesus and the Virgin Mary lined up all along the side walls of the church.  Alejandro thought that they were probably from other churches and villages, and that they had been brought here for Holy Week. 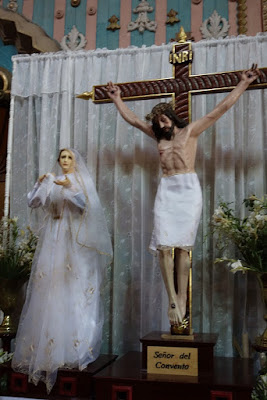 While we were there, a pair of images were taken from the church to be returned, we assume, to their home location.  The departure was celebrated with a band playing and firecrackers set off. 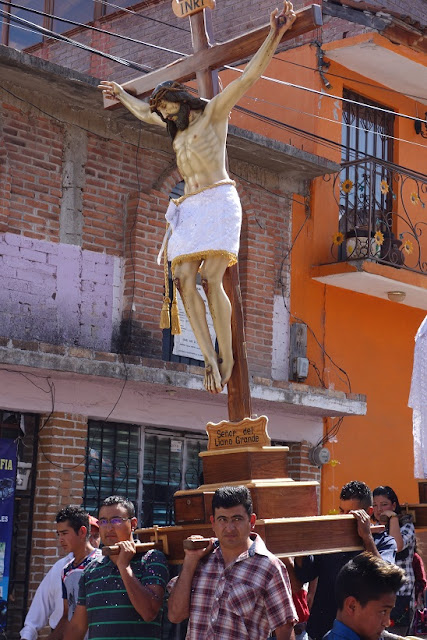 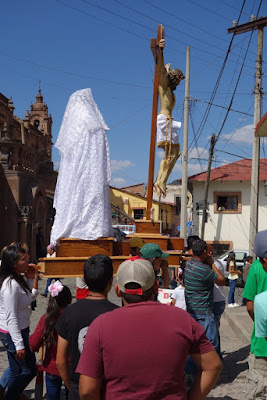 Moments later another image was removed from the church, and paraded through the town's streets.  Again it was marked with firecrackers and music. 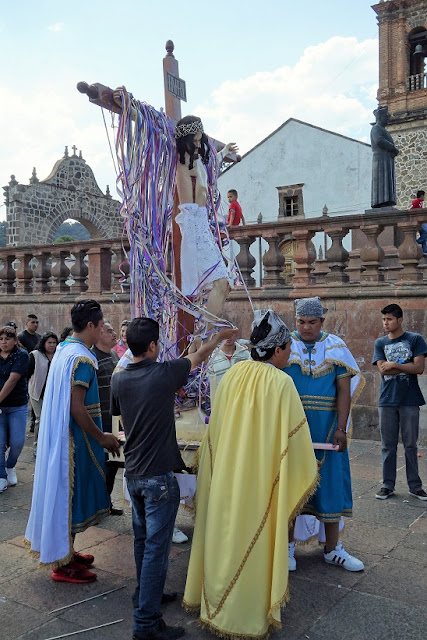 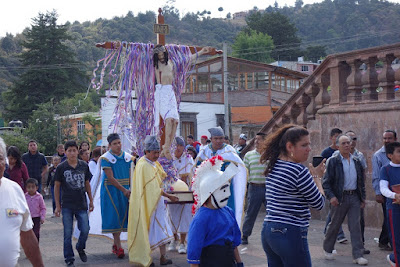 This process apparently continued all weekend.  We would frequently hear the fireworks and music, and the next day we saw another statue carried through the streets.  These ceremonies made our visit to this fascinating town even more memorable. 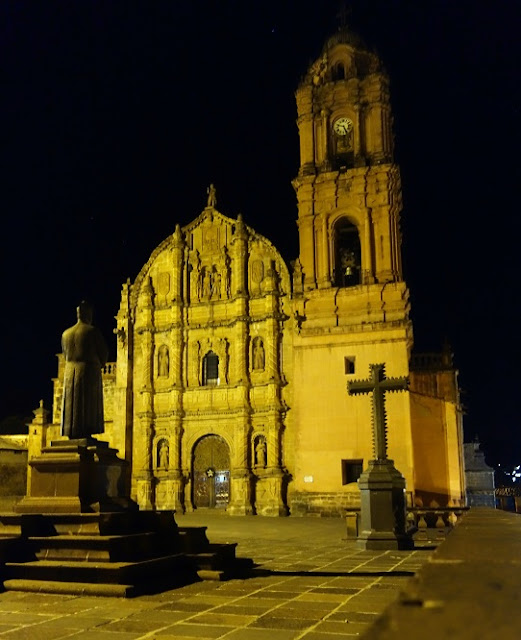