Tuesday started as a gray and chilly morning, and the forecast called for rain... a perfect day to go shopping.

I took the Metro to the Balderas station, and from there walked a short distance to the "Plaza de la Ciudadela" (Plaza of the Citadel).  In the center of the plaza is a monument to José María Morelos, one of the heroes of the Mexican War for Independence. 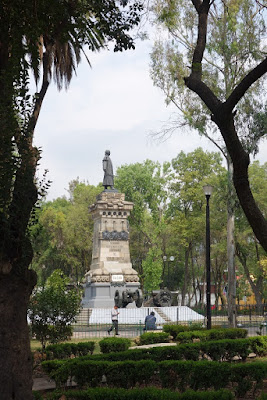 The plaza gets its name from the large colonial building on its south side. 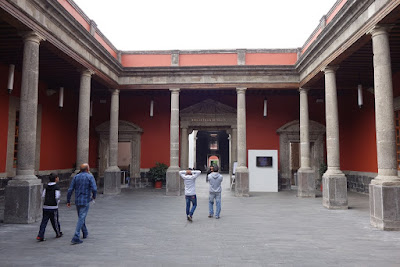 The structure was originally built to be the Royal Tobacco Factory, but after the revolt for independence began, the Spanish converted it into a military fortress used to imprison rebels.  (Morelos, whose statue stands on the plaza, was among those who were incarcerated here.)  It continued to be used by the military into the 20th century, but in 1944 it became the National Library of Mexico.

But let's get back to the topic of shopping.  On the north side of the plaza is the Ciudadela Handicrafts Market. 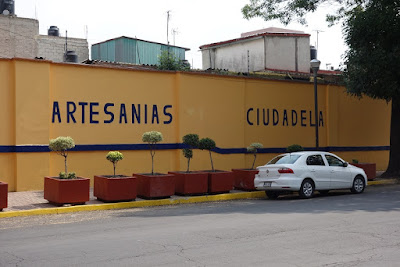 This is one of the best places in the city to buy handicrafts.  Within this nondescript building there are 350 vendors from 22 Mexican states selling a wide variety of items.  Now I will admit that a lot of the merchandise here is pure tourist junk, but you will also find a lot of high quality handicrafts.  You can easily spend hours browsing through the eight aisles of stalls. 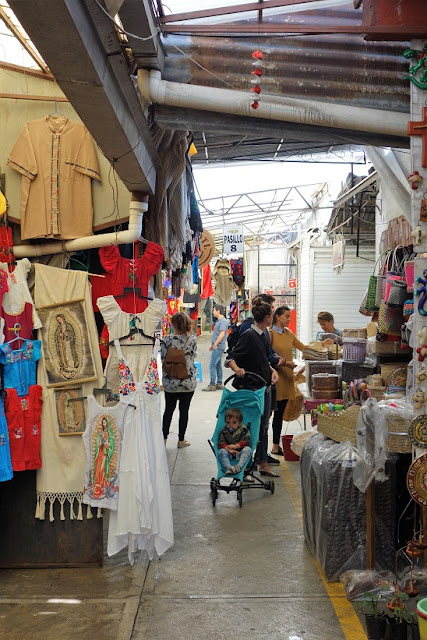 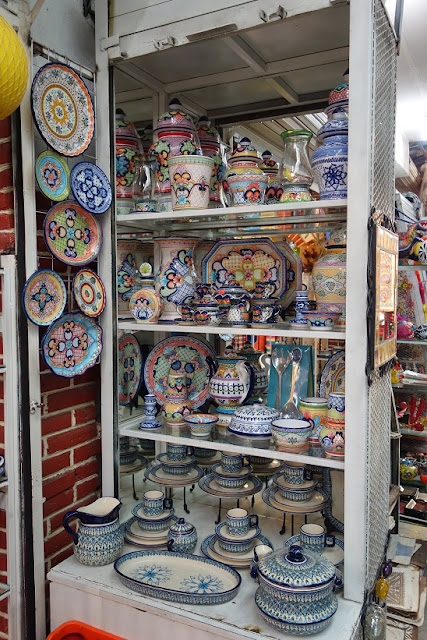 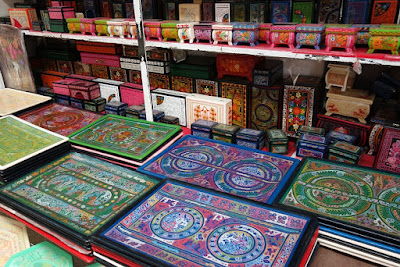 I really do not need more Mexican handicrafts; I have loads of them at home.  However, I usually come here to find some gifts for friends and family... and sometimes I will find something that I just have to have for myself... even if I don't know where I am going to put it!

One stall which attracted my attention on this visit featured a large number of items from the Mexican state of Nayarit.  Take a look at that enormous jaguar! 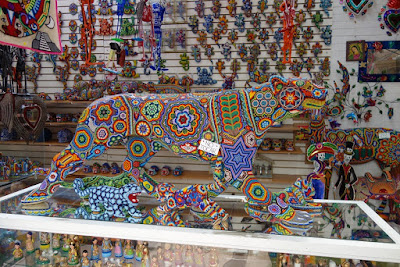 The intricate designs are not painted.  They are created with colored beads! 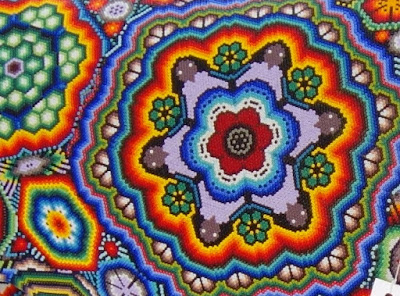 Here are a couple of equally impressive figures of deer. 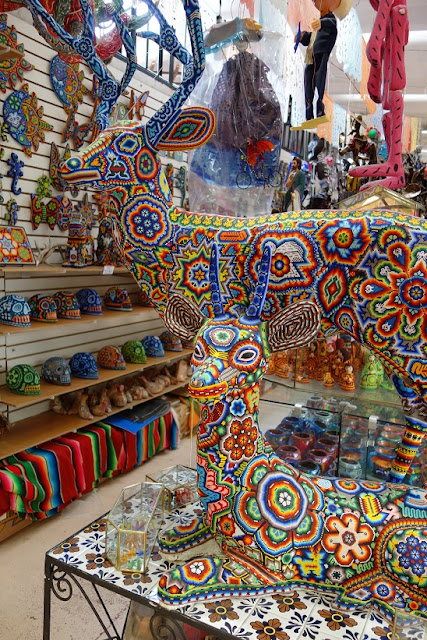 I saw no price tags on these large pieces, but I suppose it is a case of "if you have to ask, you can't afford it."  Not to mention that I would never be able to fit them in my luggage!  And not to mention that I really, really don't have anyplace to put them!

Perhaps one of these beaded Day of the Dead skulls would be more portable and affordable. 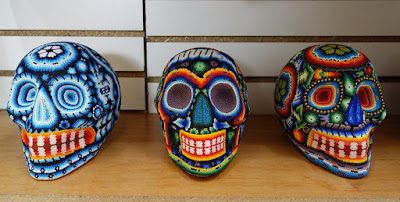 After a couple hours I had done my souvenir shopping.  Then one young merchant almost pleaded that I come into his shop.  I went in even though at first glance I didn't see anything that I hadn't seen in numerous other stalls.  And then I saw this shelf...

...beautiful hand-inlaid wooden boxes from the state of San Luis Potosí.  I don't have anything like them, and they only cost about $30 U.S.  So I gave in to temptation and bought myself yet another Mexican handicraft for the house.