I Am I, Don Quixote

On Saturday, after our visit to the art exhibit and dinner downtown, Alejandro and I hurried back to the apartment to change and go to the theater.  We had tickets for a Spanish-language performance of the 1965 Broadway musical, "The Man of La Mancha". 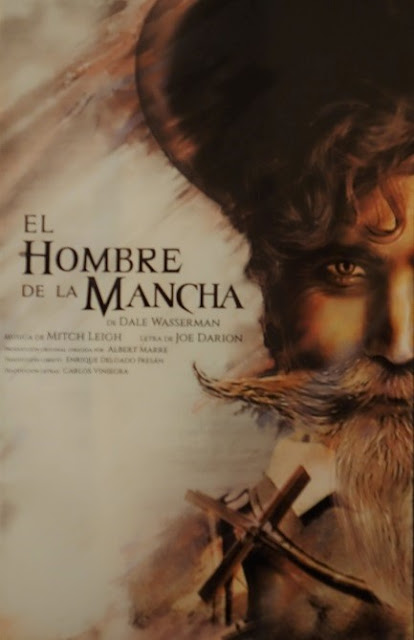 "The Man of La Mancha" was inspired by the novel "Don Quixote", the masterpiece of Spanish writer Miguel de Cervantes.  It has long been one of my favorite musicals.  I first saw it when I was in high school.   A Broadway road company came to perform in Cleveland, and my high school Spanish teacher organized a field trip for us to attend a matinee.

When I was in Mexico City last January I saw advertisements for a production of "El Hombre de la Mancha" at the Insurgentes Theater.   The revival was in commemoration of the 400th anniversary of Cervantes' death, as well as the 50th anniversary of the musical's Broadway premiere.  A few weeks ago, I asked Alejandro if it was still playing.  When he said "yes", I suggested, "Let's get tickets to see it."

So it was that on Saturday, we took the Metrobus down Insurgentes Avenue to the landmark "Teatro Insurgentes". 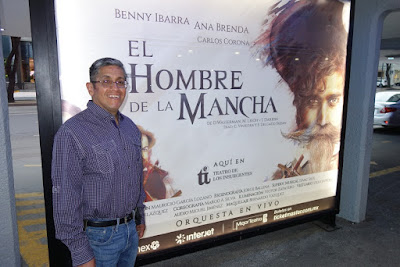 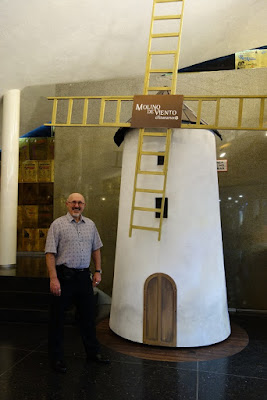 The show was excellent and compared very favorably with the Broadway production that I saw so many years ago. The role of Cervantes / Quixote was performed by Benny Ibarra.  I had never heard of him, but he is a well known actor and singer. 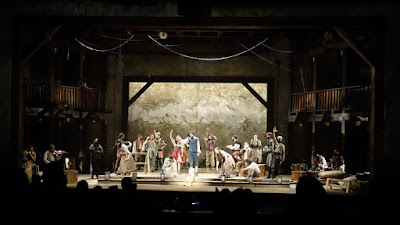 So, Saturday was a fantastic day... great art, great food, and great theater!