I have had so much to write about that I have fallen behind, even though I have been posting regularly on the blog.  "Semana Santa" is over, but this week I will be writing about the experiences that Alejandro and I had during Easter weekend.

Alejandro did not have to work on "Viernes santo" (Good Friday), so we took the Metrobus and the subway downtown.  We had no itinerary in mind, but it seems that no matter how many times we go to the historic center of the city, we always find something interesting to do or see.  That was the case again on Friday when we had a very full and enjoyable day.

We emerged from the subway at the "Zócalo" station.  The "Zócalo" is Mexico City's main plaza.  Facing it are the National Palace and the Cathedral.  We wandered into the Cathedral.  I have never seen the vast church, the largest in the Americas, so crowded with people.  Some were tourists; others were Good Friday worshippers. 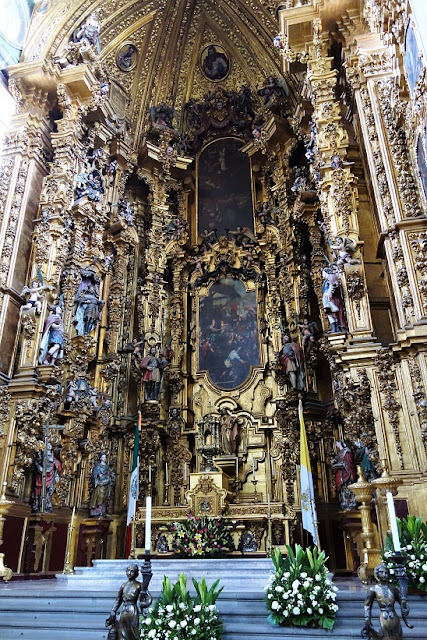 The ornate Altar of the Kings 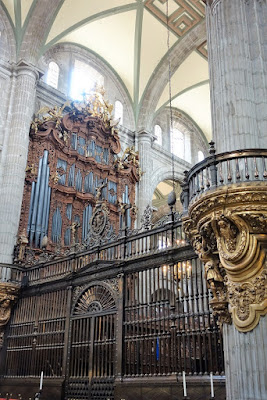 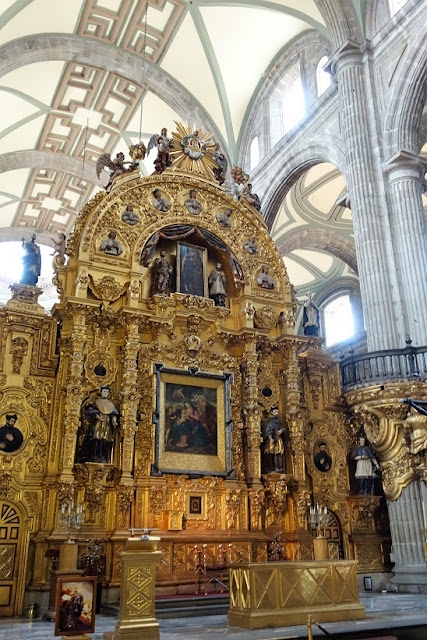 The Altar of Pardon

They were selling tickets for tours up to the bell towers and the roof of the Cathedral.  I had done the tour several years ago, but Alejandro had never been up there, so we purchased tickets for the next tour.  We climbed the stone steps going up into one of the bell towers.  One of the bell ringers was our guide and described in detail bells in the tower. 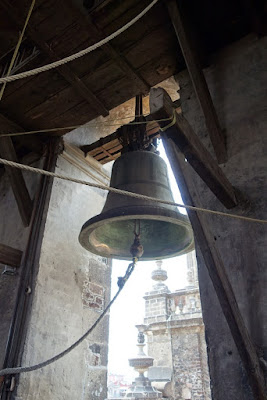 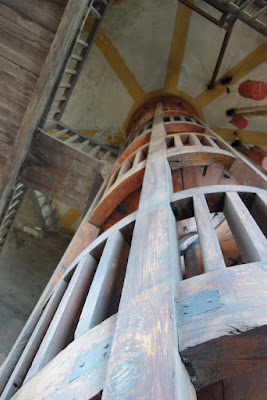 We did not climb the wooden stairs which ascend to the top of the towers.

We then crossed the roof of the cathedral to the other bell tower where our guide told us about more bells.  The rooftop provided us with great views of the towers and domes of the Cathedral as well as the "Zócalo" below us and the city around us. 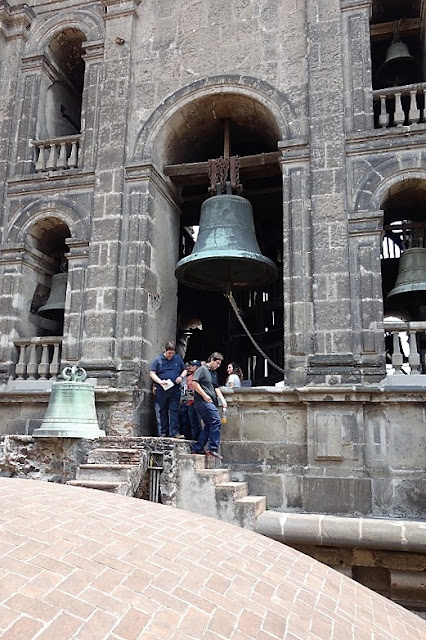 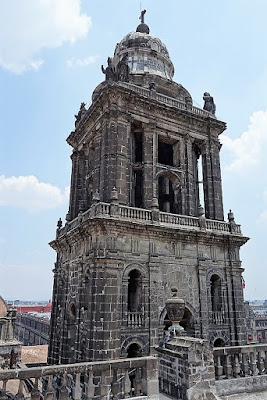 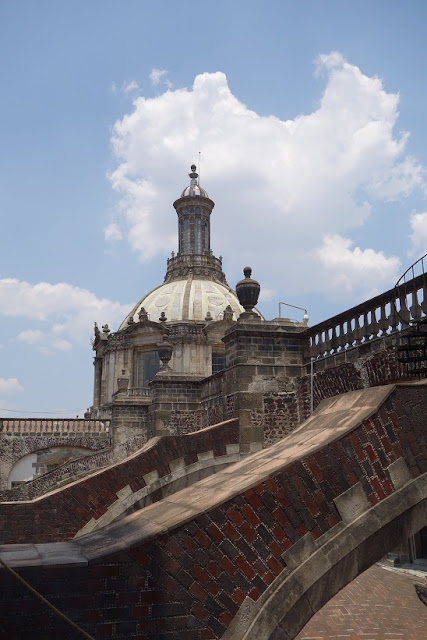 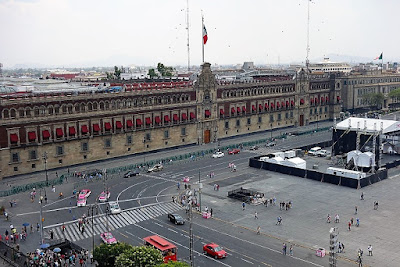 The National Palace viewed from the Cathedral roof.  A stage was being set up on the plaza  for a concert by the Mexico City Philharmonic that weekend. 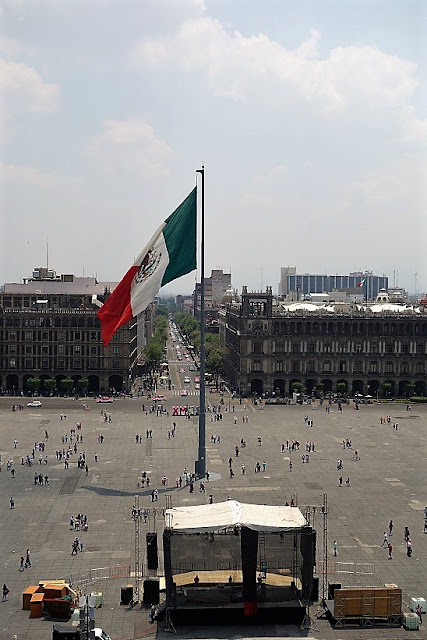 The enormous Mexican flag in the middle of the "Zócalo" 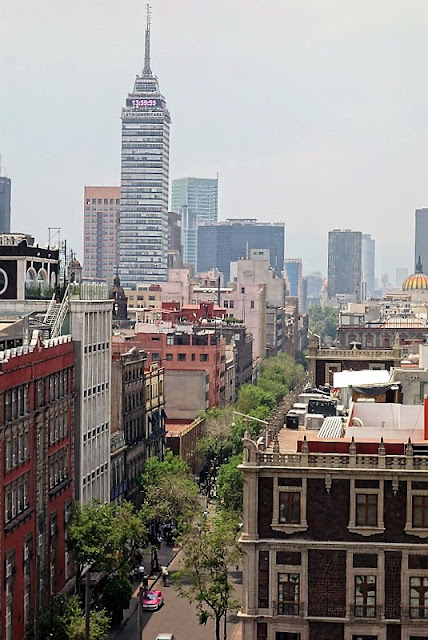 Looking west toward the skyscrapers of the modern city

After our tour of the towers, we went into the Sagrario, a separate church attached to the Cathedral.  Its façade is an excellent example of Churrigueresque architecture, an ultra-baroque style which was popular in colonial Mexico. 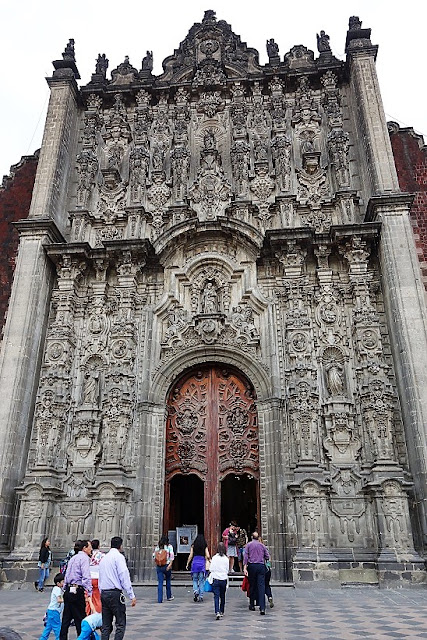 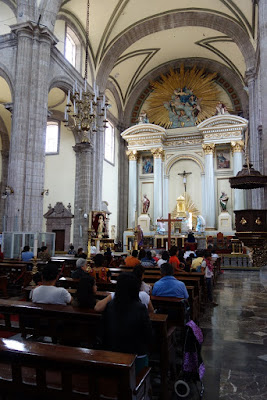 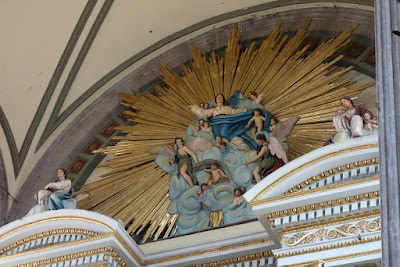 At the door to the Sagrario Alejandro bought a candle for his mother to take to the Saturday night Easter vigil which she always attends. 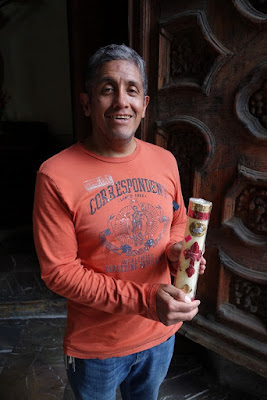 Our Good Friday exploration of Mexico City's historic center will continue in the next entry.
Posted by Retired Teacher at 10:18:00 AM