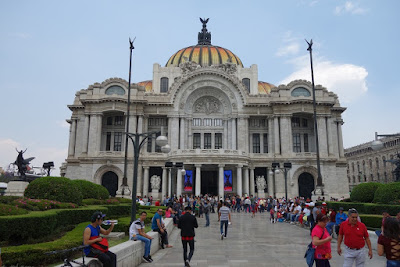 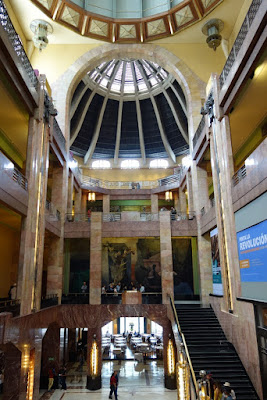 We came to the "Palacio", not to hear a musical performance but to see a special art exhibit which is currently on display there.

"Paint the Revolution: Modern Mexican Art 1910-1950"  is a collaboration between the National Museum of Fine Arts and the Philadelphia Museum of Art.  It first opened in Philadelphia where it attracted more than 100,000 visitors, and it is now on display in the Palace of Fine Arts through May 7th.  The exhibit gathers together more than 180 pieces of art which document the explosion of artistic creativity in Mexico in the decades after the Revolution of 1910.

The "Big Three" of Mexican mural painting are represented in the show. 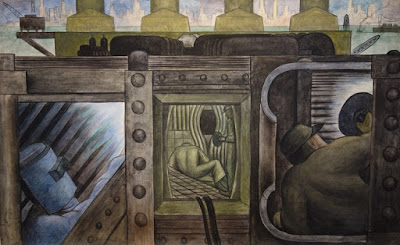 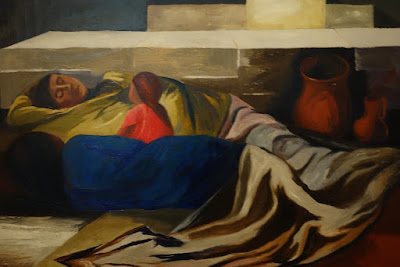 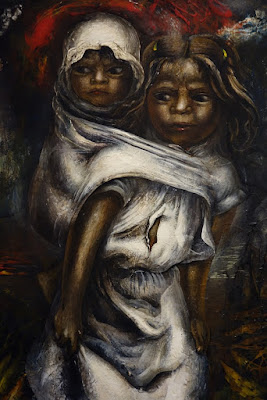 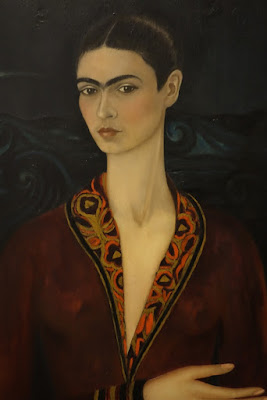 Frida Kahlo
(This was her first self-portrait) 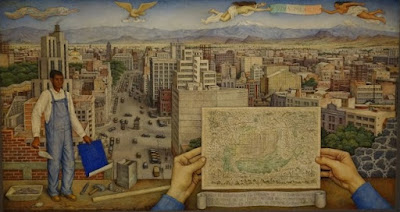 Juan O'Gorman
(an interesting view of Mexico City in 1949) There were other artists with whom I was unfamiliar. 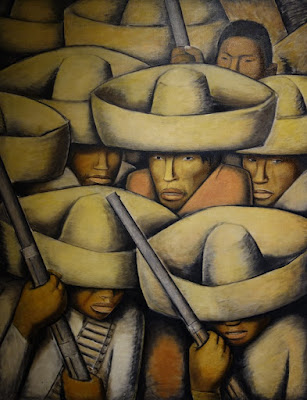 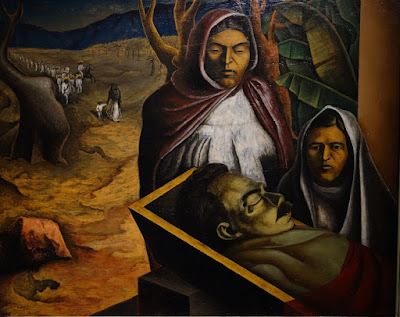 "The Death of Zapata" by Luis Arenal Bastar

"Paint the Revolution" is an excellent exhibit worth visiting if you should be in Mexico City this month.