No Desert, No Lions

In the mountain forests to the west of Mexico City there is a national park called "Desierto de los Leones."  Although it actually lies within the city limits, it is far removed from the crowded, bustling metropolis.  The park is named after the centerpiece of this woodland reserve, a colonial monastery which was once a retreat for Carmelite monks.  The word "desierto" does not mean "desert" in this case, but an unpopulated, remote area.  It was a perfect location for the Carmelites to lead a life of meditation, prayer and silence far from the distractions of the city.  "Leones" does not refer to "lions" but was the name of the family who helped the monks acquire the property.

On Saturday, Alejandro and I went to "Desierto de Leones".  We had been there once before, but a friend of Alejandro's was visiting the city, and he had never been there.

With the outbreak of the War of Independence in 1810, the monastery was abandoned, and today its remains, which are partially in ruins, are a museum.  There is not a great deal on display within the monastery, but the gardens surrounding the building and within its courtyards are well maintained.  The cool, clean air and the forests of pine and oak make it a welcome excursion from the city. 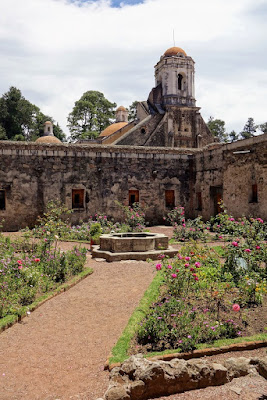 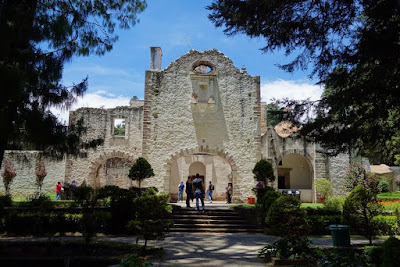 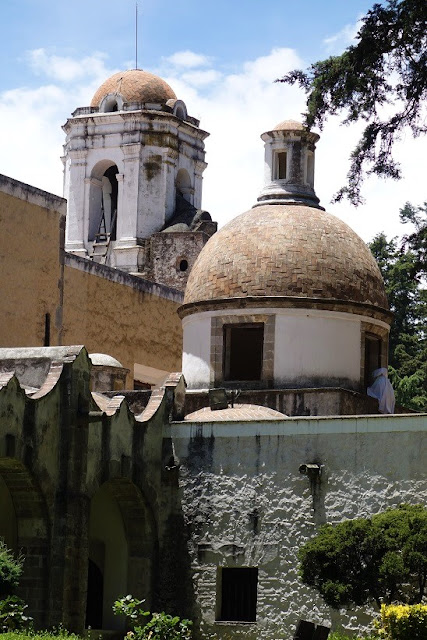 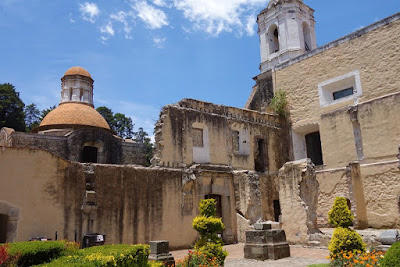 Flowers seem to thrive in the cooler, moister environment here.  The monks sought to create of small slice of heaven on earth with the gardens. 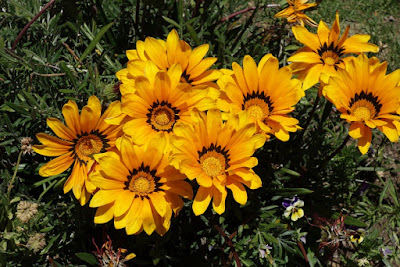 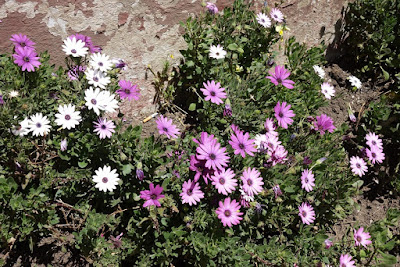 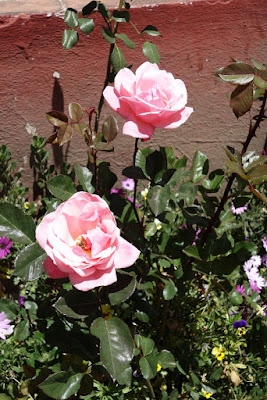 It is a holiday weekend (Monday is Mexico's celebration of Labor Day), and many other people had the same idea to escape the city.  But even with more visitors here, it was a beautiful and tranquil getaway. 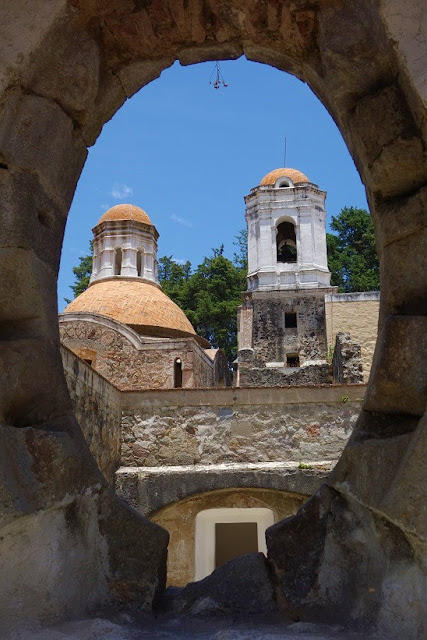