Our Friday in the center of Mexico City continues...

After our lunch, Alejandro and I headed down Madero, the pedestrianized street which crosses the heart of the city's historic center.  We came to the 18th century mansion known as Iturbide's Palace.  The palace is today a cultural center operated by Banamex (the Bank of Mexico) and is the venue for frequent special art exhibits.  There was new exhibit since I had been there last, so we went in.

The current exhibition is a collection of thirty paintings by Cristóbal de Villalpando.  I had never heard of Villalpando.  He was born in 1649 in Mexico City and died in 1714.  He was the last important Baroque artist of colonial Spanish America, and he drew his inspiration from the work of Peter Paul Rubens.  He was quite successful and was commissioned to create numerous paintings for cathedrals in Mexico.

Here are a few of the paintings in the show... 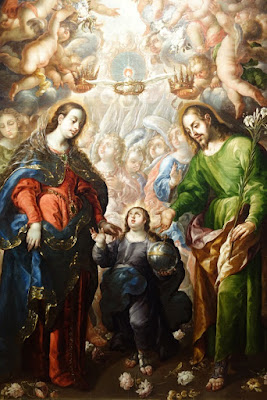 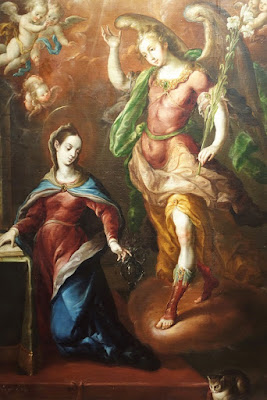 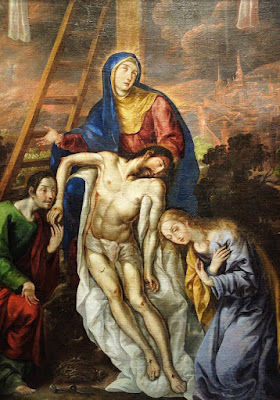 The centerpiece of the show is an enormous painting that was in the Cathedral of Puebla.  The work was removed from the Cathedral, repairs were made on the canvas, and the frame was re-gilded.  Yes, the painting will be returned to Puebla at the end of the tour. 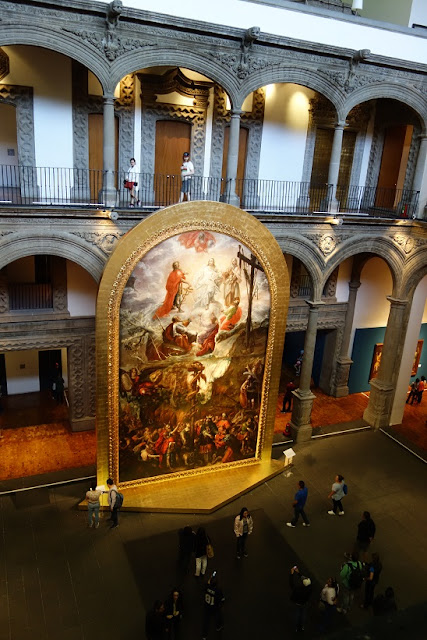 The painting is divided into two parts.  The lower portion depicts the Old Testament story of Moses and the bronze serpent while the upper half portrays the Transfiguration in the New Testament. 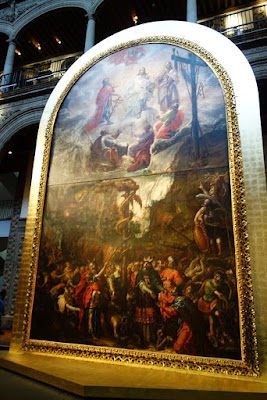 As always, exhibits at Iturbide's Palace are free to the public.

I will conclude our day in the center of Mexico City in the next post.
Posted by Retired Teacher at 10:09:00 AM