The Mexican Coat of Arms

On Tuesday, as is my custom on every trip I take to Mexico City, I visited the National Museum of Anthropology. 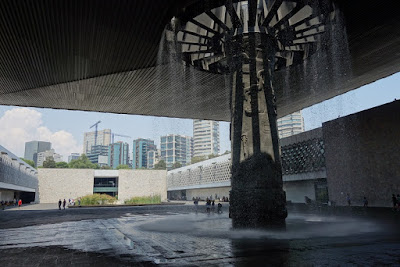 There is currently a special exhibit at the museum on the "Escudo Nacional"... the National Coat of Arms.  Anyone who has taken a careful look at the Mexican flag or studied the back of a Mexican coin knows that the country's symbol is the eagle and the serpent.  This exhibit brings together objects going back to the Aztec era which portray this national icon. 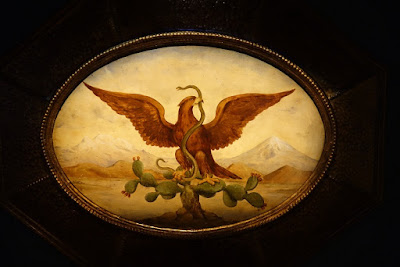 The origin of Mexico's coat of arms goes back to Aztec mythology.  According to their legend, the nomadic tribe was told by the god, Huitzilopochtli, that he would provide an omen to tell them where they should settle.  When the Aztecs reached the shores of Lake Texcoco in the Valley of Mexico, they saw, perched on a cactus, an eagle devouring a serpent.  It was there that they settled, and built what was to become their capital of Tenochtitlan (present-day Mexico city). 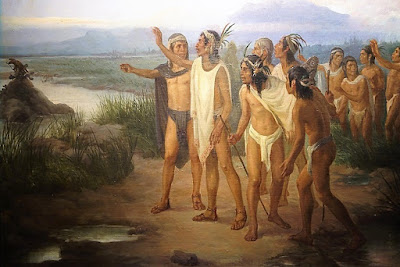 (This painting from the late 1800s was entered in a contest held by the National School of Fine Arts to portray the Aztec story of the founding of Tenochtitlan.)

There is disagreement as to whether the serpent was really a part of this myth.  Some Aztec images show the eagle by itself, others show it devouring a small bird.  In the most famous image of the legend, the eagle is clutching in its mouth the Aztec symbol of war (something which might be misinterpreted as a snake). 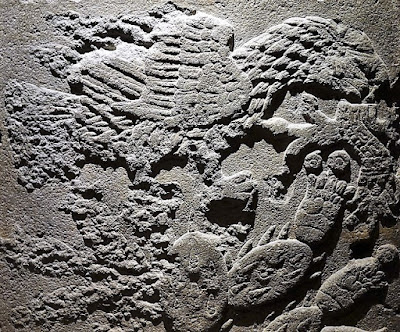 In any event, Spanish priests jumped upon the image of the eagle and the serpent as a representation of good defeating evil... an interpretation that was contrary to Aztec tradition since in their religion the snake represented wisdom.

The eagle and the snake were both frequently portrayed in Aztec carvings. 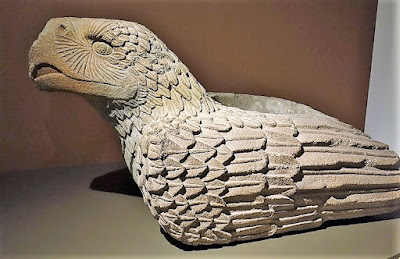 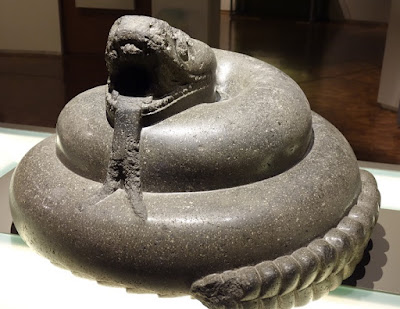 By Spanish colonial times the eagle and the serpent had become a symbol of Mexico... or New Spain as it was known in those days.

Notice the eagle and serpent beneath the image of the Virgin of Guadalupe. 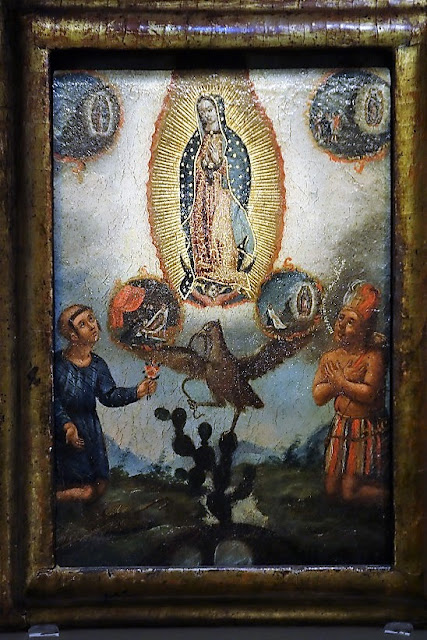 In an allegorical painting portraying New Spain and the Mother Country, Mexico holds a shield with the image of the eagle and the serpent. 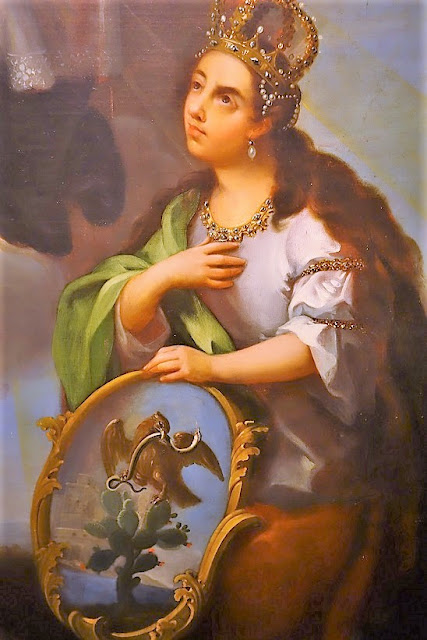 When Mexico won its independence from Spain, the eagle and the serpent quickly became a symbol of the new nation.  Agustín Iturbide, who briefly ruled as the Emperor of Mexico, used the image in his imperial crest. 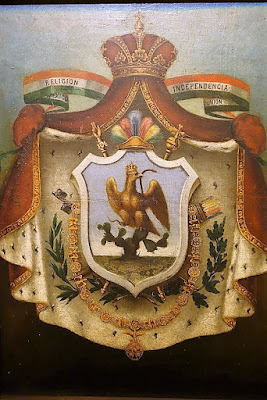 The eagle and serpent decorate this military helmet from the era of the dictator Porfirio Díaz. 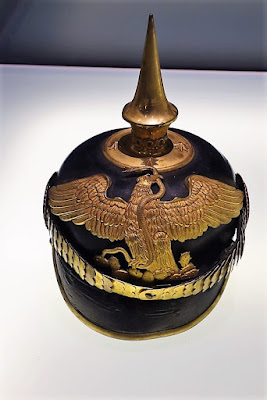 The eagle and serpent along with the Virgin of Guadalupe adorn this piece of 19th century jewelry. 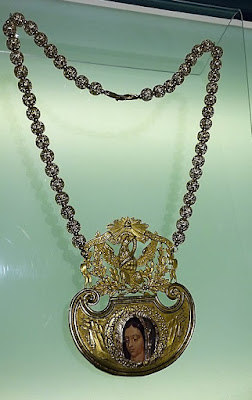 The eagle and serpent take center stage on the flag of Mexico.  This banner was from the army of Pancho Villa during the Mexican Revolution. 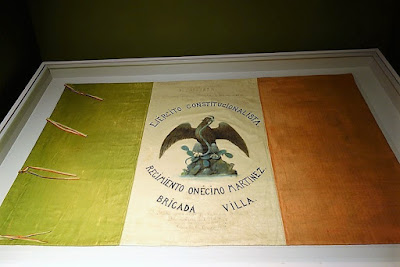 This interesting exhibit will be at the Museum of Anthropology through May.