Shortly before I left for Mexico, my cousin Gail had sent me a review that she had found on Yelp of a place called "El Péndulo".  "Have you ever you ever been there?" she asked.  "El Péndulo" is a chain of book stores in Mexico City, and I once stopped in the branch located in the Condesa neighborhood.  I knew that the bookstore doubled as a coffee shop, but until I read the review I did not realize that it had a rather extensive menu, and that it received very good reviews for the quality of its food.

One day last week I decided to go there for breakfast.  It is a bit of a walk to the Condesa location from where I am staying in Colonia Nápoles.  I could have gone part of the way by Metrobus, but I prefer to avoid the bus during the morning rush hour.  So at 9:00 A.M. I left the condo and headed to "El Péndulo" on foot.  That way I would also burn a few calories before indulging in a hearty breakfast.

Insurgentes Avenue was of course jammed with morning traffic. 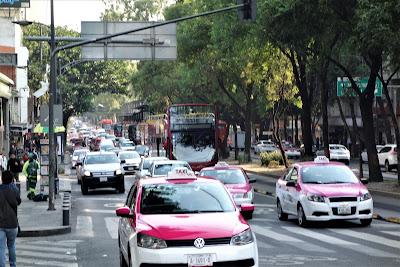 I crossed over the Viaducto expressway and soon came to another major avenue, Nuevo León, which veers off from Insurgentes and leads into the heart of Condesa.  Nuevo León also had its share of traffic, but it seemed more tranquil because I was walking along the "camellón". 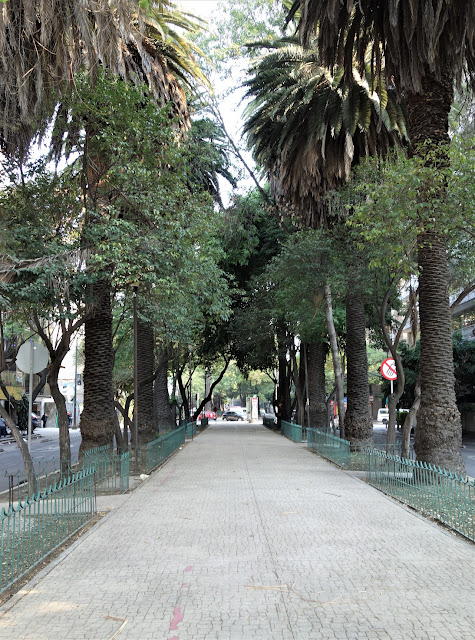 Many of the avenues in Mexico City, especially those in Condesa, have "camellones", broad median strips with a tree-lined pedestrian path. 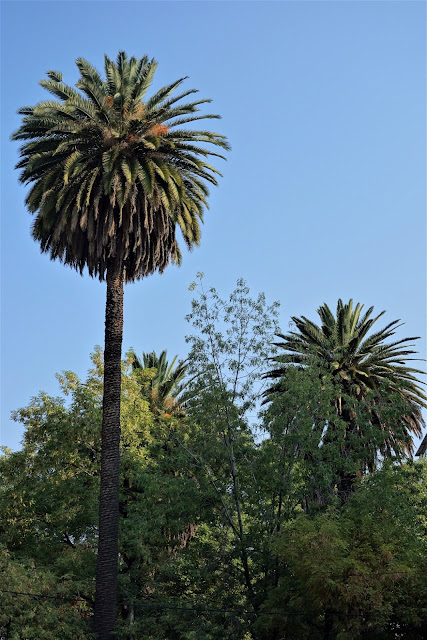 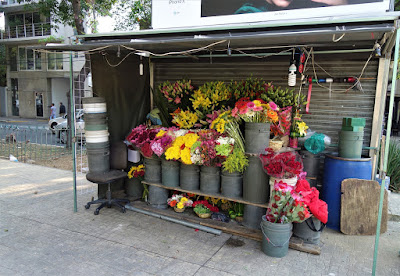 "El Péndulo" is located right on Nuevo León.  Even though I was stopping frequently to take pictures, it took me less than a half hour to get there. 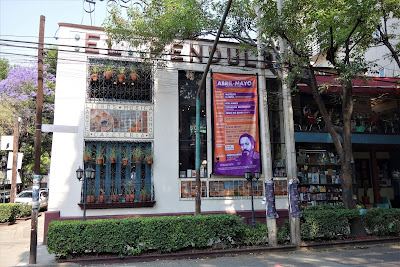 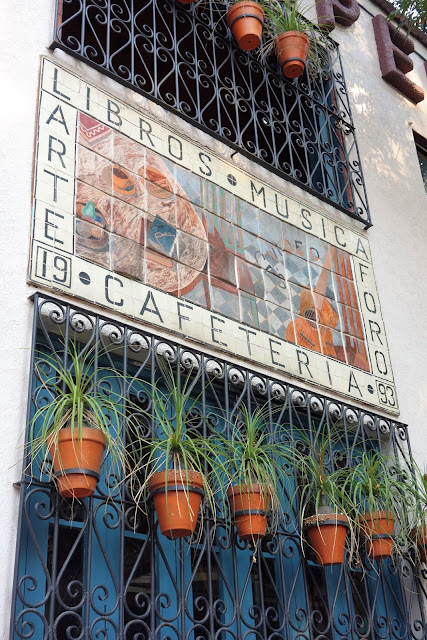 The main restaurant area is located downstairs, but there are also tables upstairs (as well as waiters up there to wait on you). 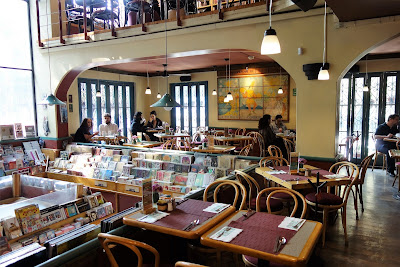 I ordered the "huevos leñero" (logger's eggs?)... two fried eggs on top of sopes (fried rounds of corn dough with toppings, in this case frijoles), covered with salsa and garnished with sesame seeds.  It was very good.  And everything else was good too... the freshly squeezed orange juice and the homemade breads. 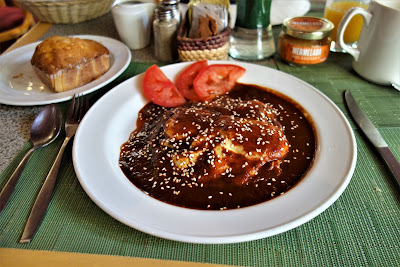 I then spent a considerable amount of time browsing in the bookstore. 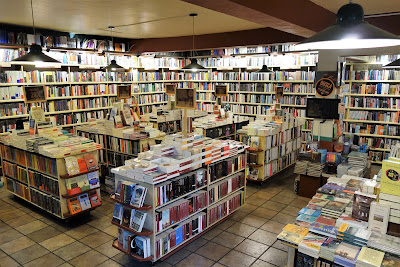 Using the Mexican slang, this place is "muy chido"... very cool.  And it was worth the half hour walk for breakfast!