When I went to the National Anthropology Museum on Wednesday, I found that a portion of the museum's courtyard was fenced off. 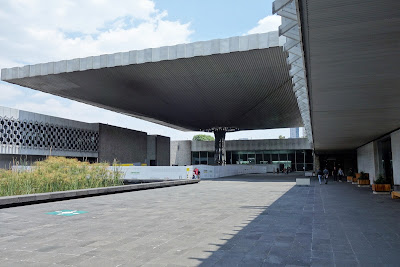 Signs explained that the enormous aluminum canopy, that is the most striking feature of the museum's architecture, is going to undergo a cleaning. 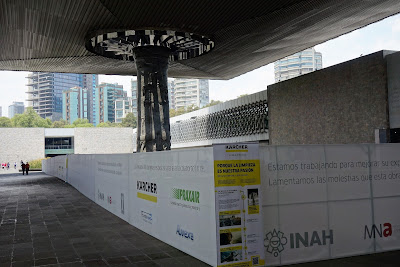 The project is apparently in good hands.  The company in charge has previously cleaned the London Eye, Mount Rushmore, the Colonnade of St. Peter's Square in the Vatican, Brandenburg Gate in Berlin, the Christ of Corcovado in Rio de Janeiro, and the Statue of Liberty.  This should be a fairly easy job in comparison.
Posted by Retired Teacher at 8:45:00 AM