Last October when I was in Mexico City there were larger-than-life skull figures along the Paseo de la Reforma for the Day of the Dead.  Each skull was imaginatively painted by a different artist.  Now, in recognition of this year's World Cup, all around the traffic circle of the Monument to Independence there are enormous soccer balls.  Each is painted in honor of one of the countries participating in the World Cup.  The display is called... not in Spanish, but in English... "Ball Parade". 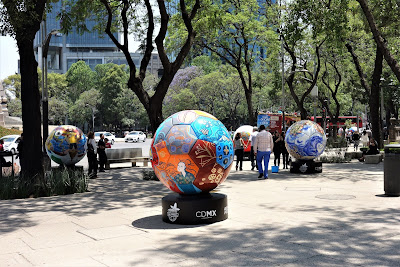 Here are a few of the giant soccer balls... 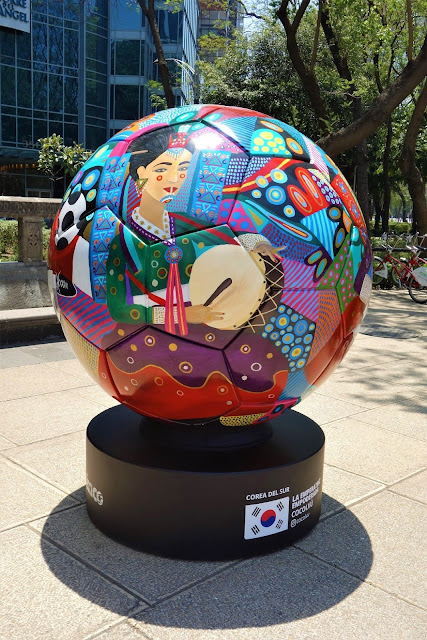 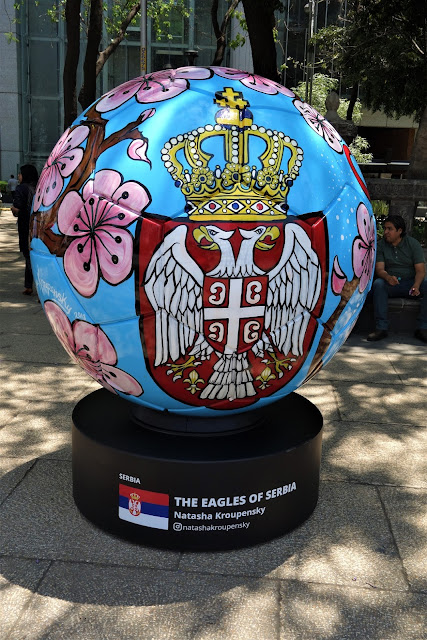 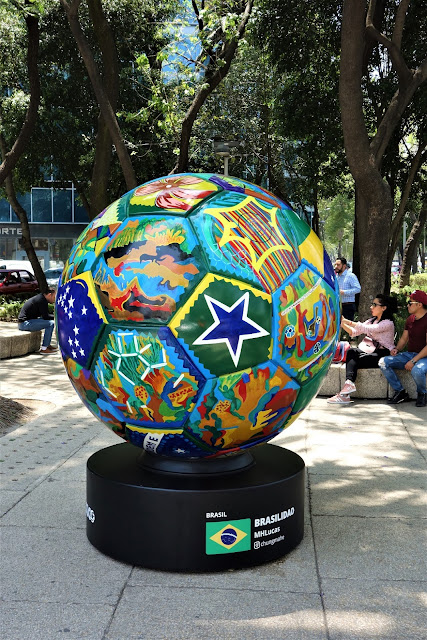 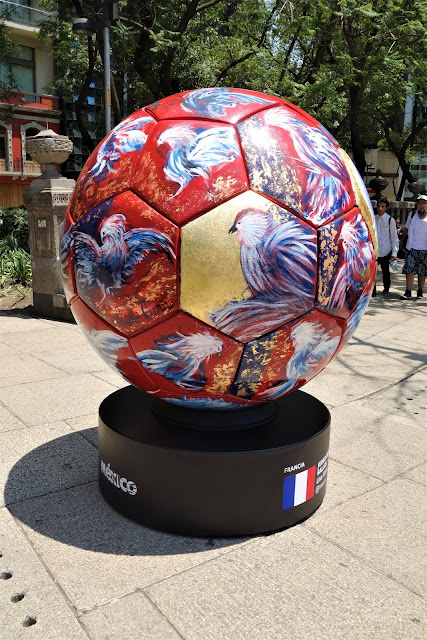 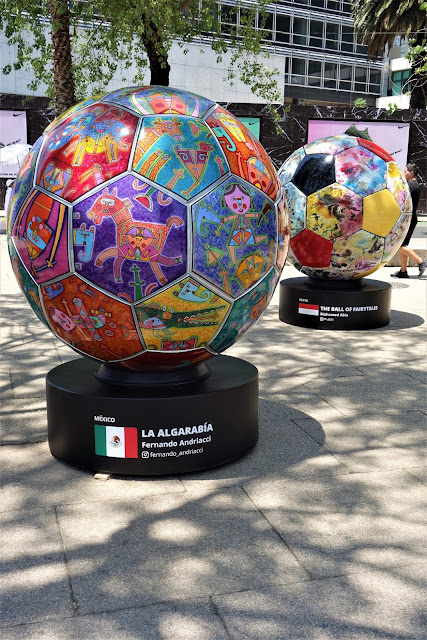 Mexico, in the foreground, Egypt, in the background 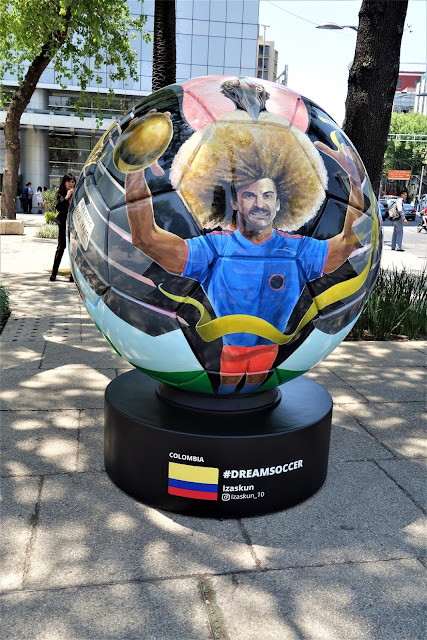 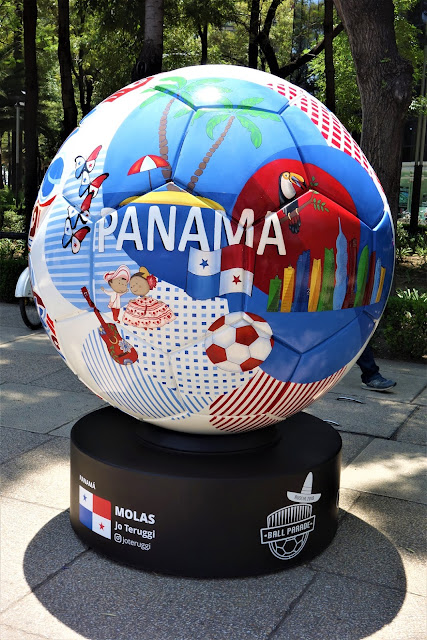