My favorite times to be in Mexico City are in late October / early November for the celebration of the Day of the Dead, and in April when the city is adorned with the purple blossoms of the jacaranda trees.  It doesn't matter if you are on a quiet neighborhood street, a busy avenue, or in a park, you will see jacarandas in bloom.  There certainly must be tens of thousands of the trees in Mexico City.

I know that I have posted pictures of the jacarandas in previous years, but I can't help but take more and more photos at this time of year. 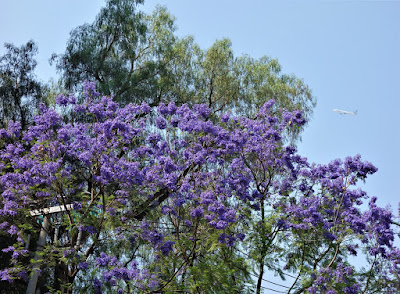 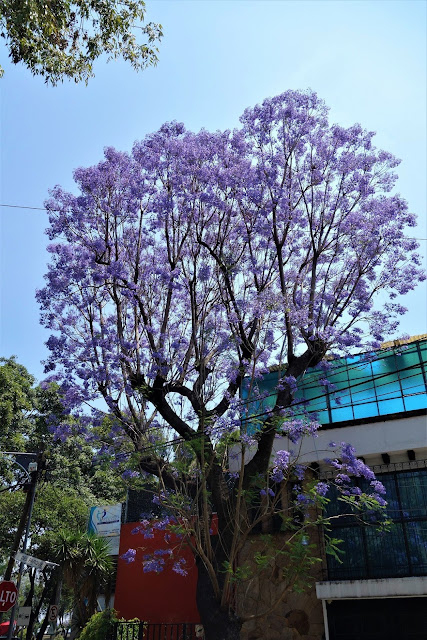 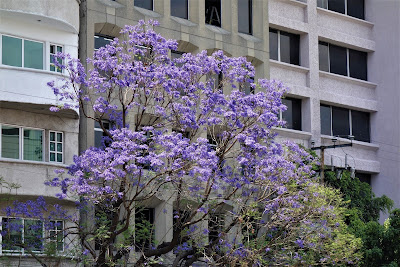 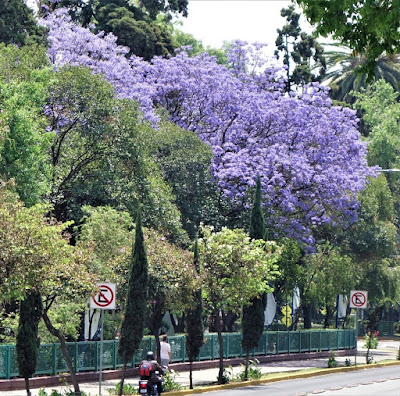 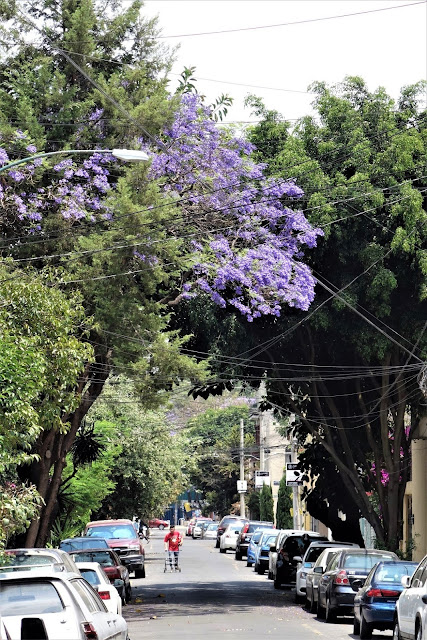 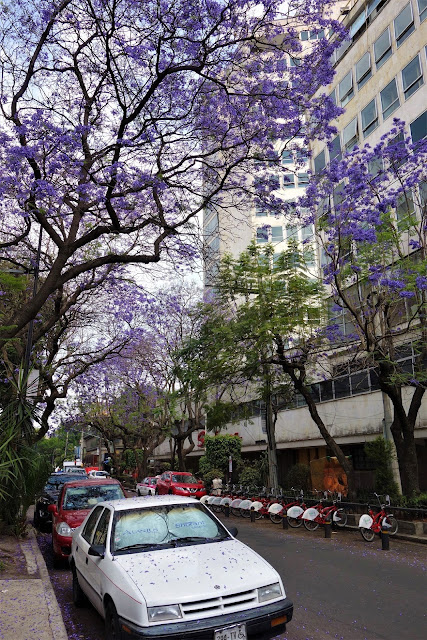 I did a bit of reading about the jacarandas and found out that they are native to South America.  At the beginning of the 20th century the governor of the state of Veracruz took a trip to Brazil and saw the flowering trees in Rio de Janeiro.  The governor took some seeds back to Mexico... and now you will see them throughout much of the country. 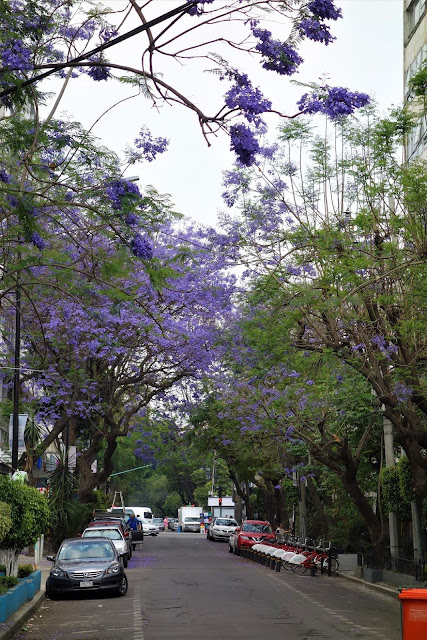 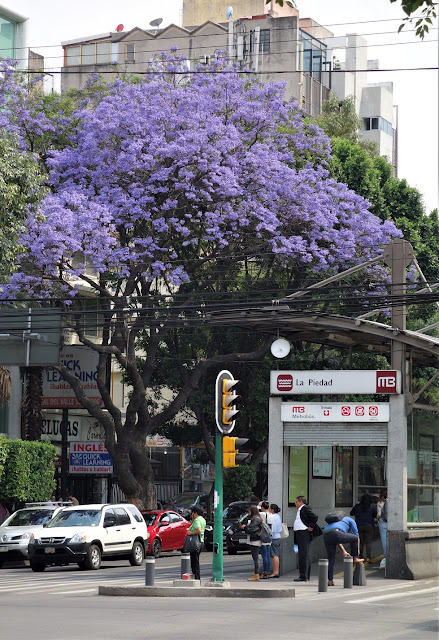 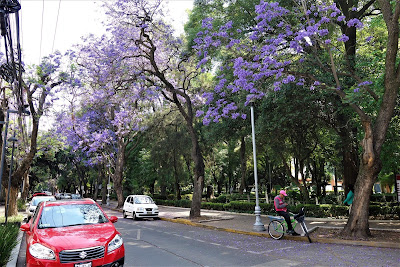 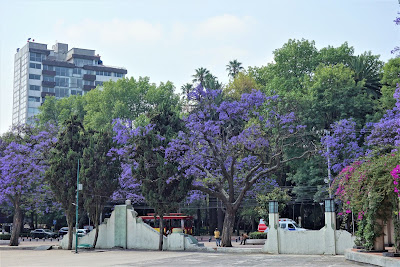 The city sidewalks are also covered with purple petals at this time of year. 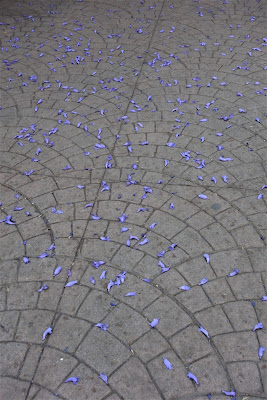 Another flower which I love, but which seems to bloom all year long, is the bougainvillea. 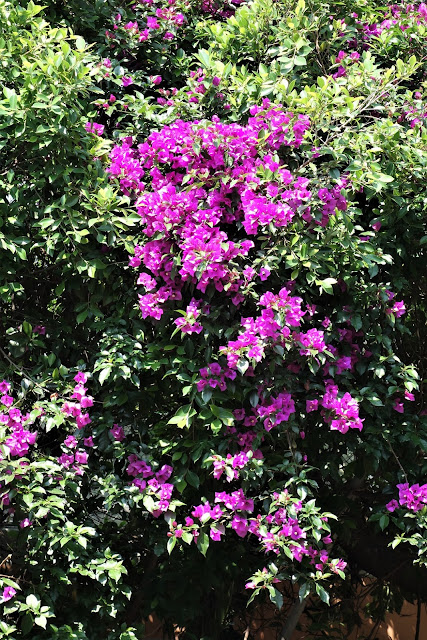 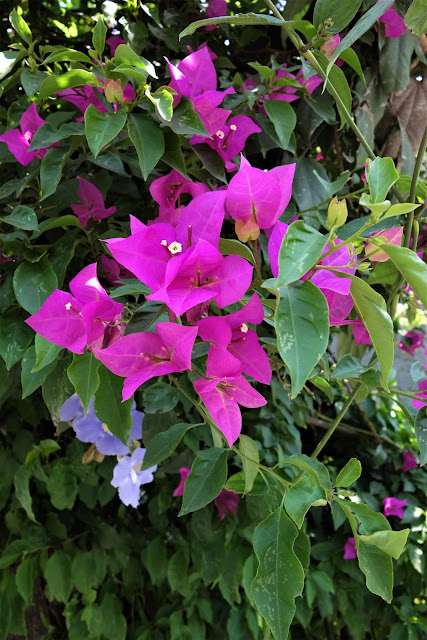 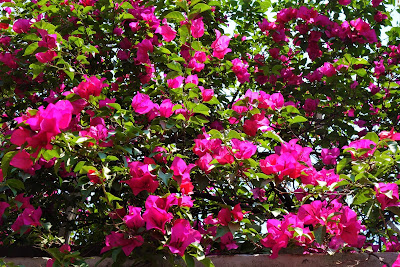 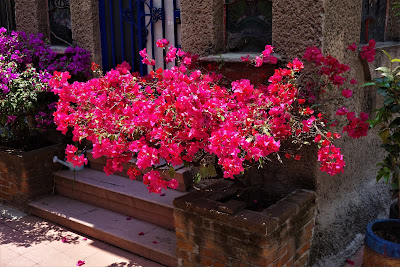 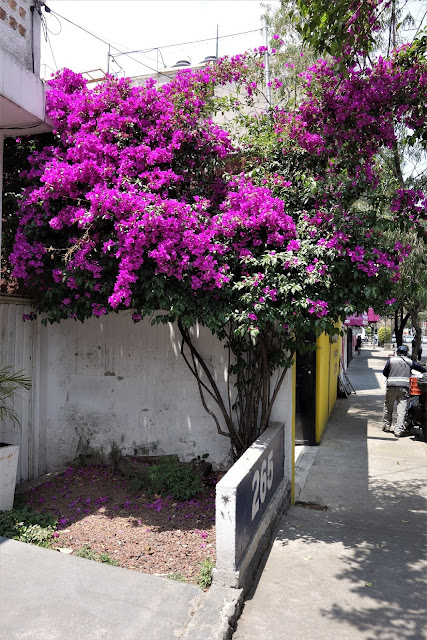 I could tell by the leaves that this is an oleander bush.  For some reason, you don't see many of them in Mexico. 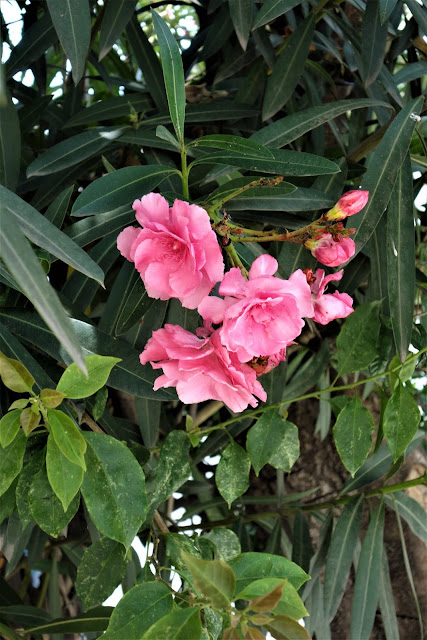 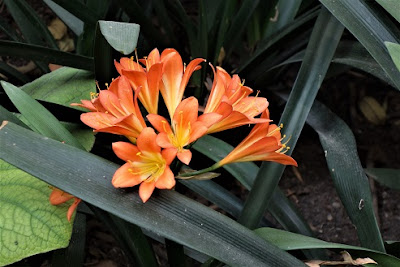 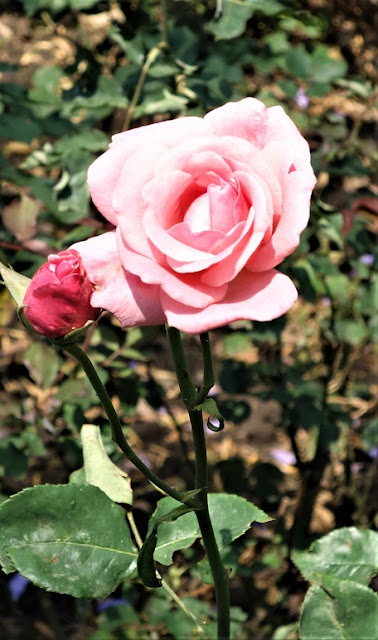 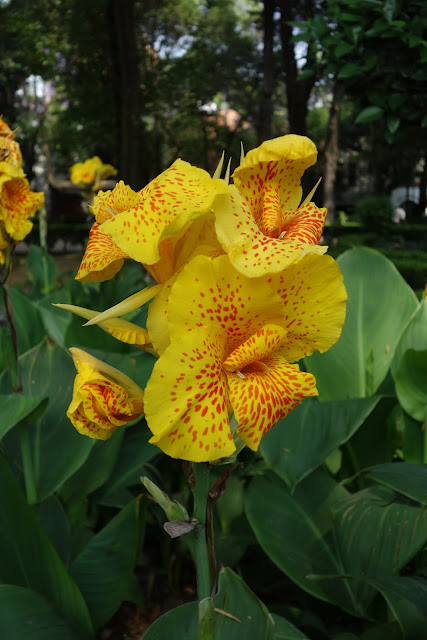 The azaleas are pretty, but they do not seem to bloom as profusely as they do in the U.S. 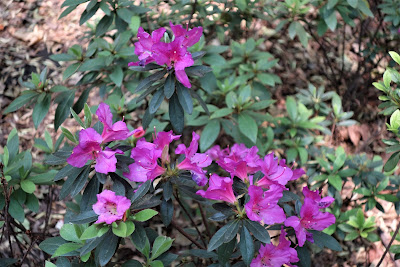 Springtime... a beautiful time of year to be in Mexico City!