Up At the Castle

On Saturday, Alejandro and I took the new Route 7 Metrobus to Chapultepec Park. 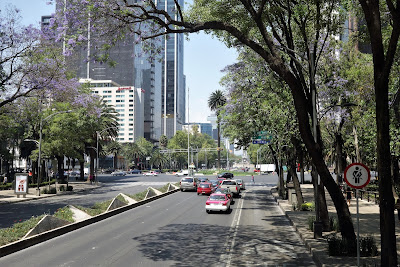 It was Alejandro's first time on the double-decker bus, and we had front row seats on the upper level. 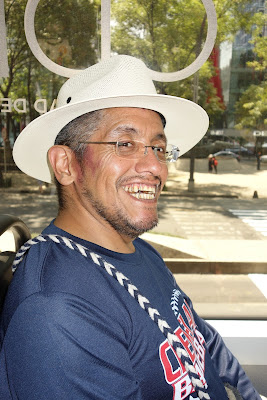 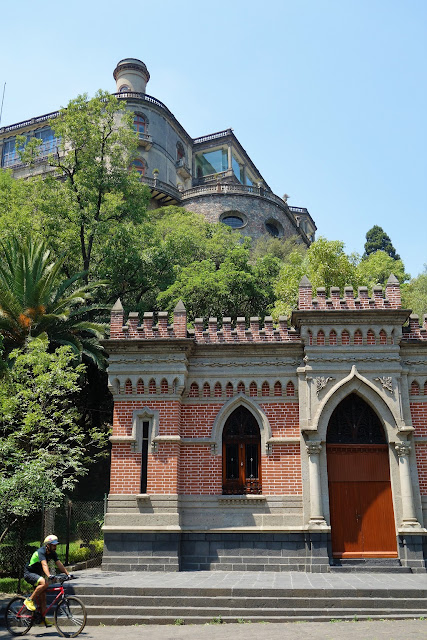 Throughout the castle's existence it has served as a military academy, an astronomical observatory, a royal palace, and a presidential residence.  Today it is the National Museum of History. 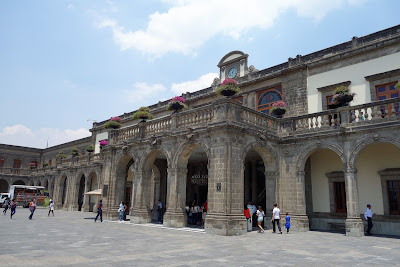 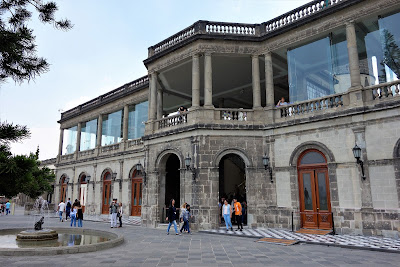 We have both been to the museum numerous times, but my reason for making a return visit was to see a special exhibit on Mexican ceramics.  The exhibit had been advertised on a large billboard along the Paseo de la Reforma , but in fact the exhibit was very small and very disappointing.  Well, as long as we were there, we decided to wander around a portion of the museum.

The castle's hilltop location provides one of the best views of Mexico City. 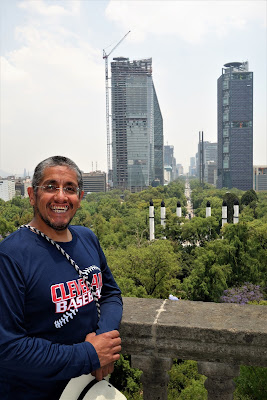 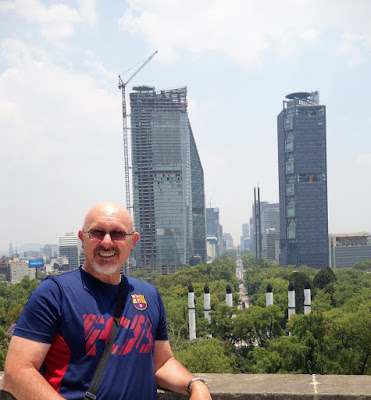 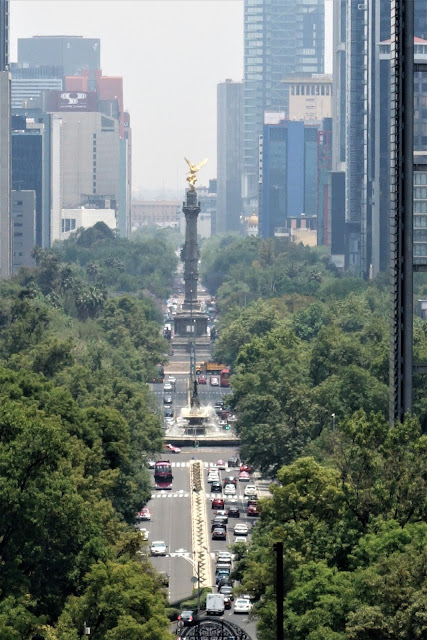 Zooming in on Mexico City's famous tree-lined boulevard, the Paseo de la Reforma, you can see the Diana Fountain, and the Independence Monument with its golden angel. 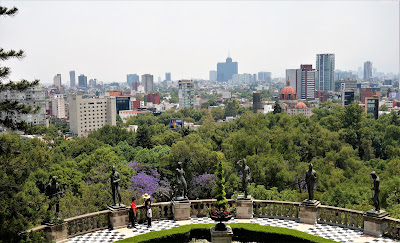 Looking in a different direction you can see the World Trade Center on the horizon just right of center.  The apartment I rent is just a block away from there.

Of all the occupants of Chapultepec Castle, the most romanticized and tragic are Maximilian and his wife Carlota who briefly reigned as Emperor and Empress of Mexico. They were placed on the throne as figureheads by Napoleon III during the French occupation of the nation. 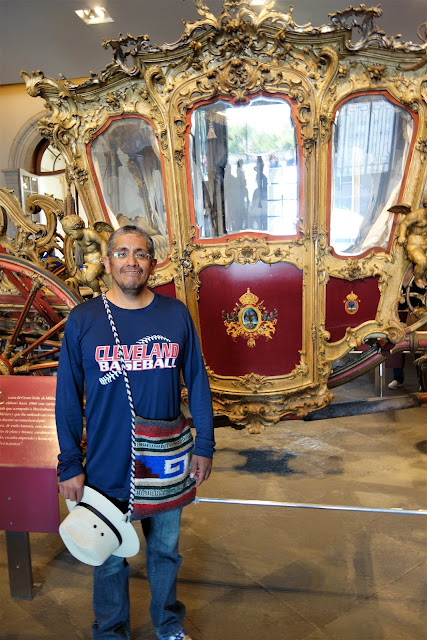 Alejandro poses in front of the royal couple's carriage.

A number of the rooms in the castle are furnished as they were during the reign of Maximilian and Carlota.

In one of the salons hang the portraits of the ill-fated couple. 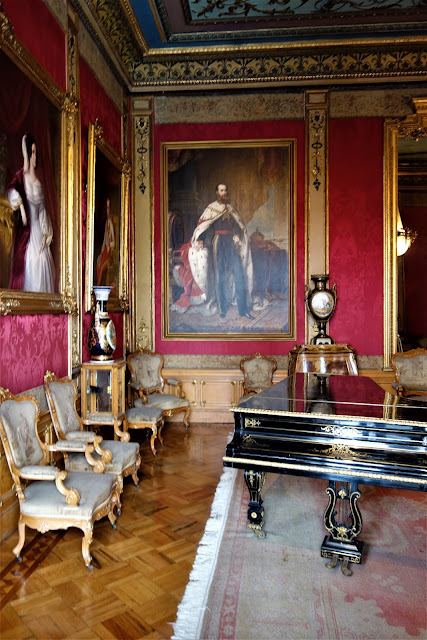 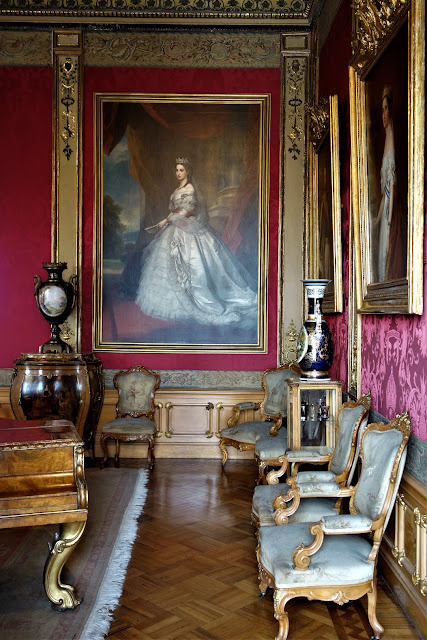 From 1863 until 1867 they resided at Chapultepec, making it the only royal castle in the Americas.  It was Maximilian who laid out the Paseo de la Reforma (he called it the Paseo de la Emperatriz - the Boulevard of the Empress) as a direct route from the castle to the center of the city.

When France realized that its imperialistic escapade in Mexico was too costly, the French troops were withdrawn.  The forces of the Mexican Republic, who had been fighting against the French occupation all along, defeated Maximilian and executed him.  Carlota, who was in Europe at the time trying to gain support for her husband, had a mental collapse... some say she went insane.  She lived in seclusion in her home country of Belgium until her death in 1927. 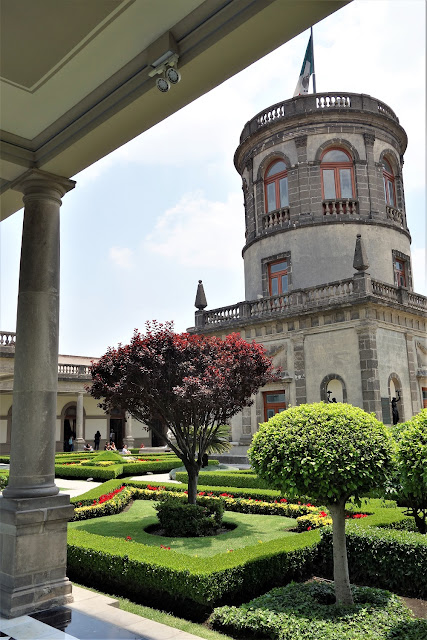 Even though the ceramics exhibit was a disappointment, a visit to the Castle is always an enjoyable experience.
Posted by Retired Teacher at 7:55:00 PM