On Thursday I headed back downtown... 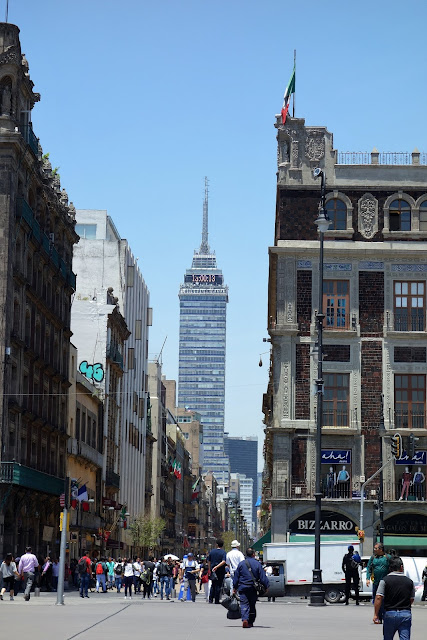 ...and revisited the International Fair on the Zócalo. 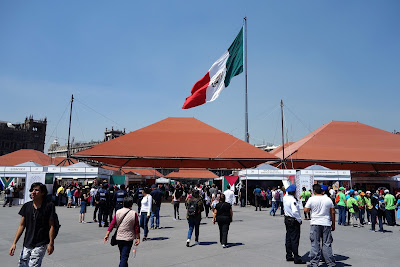 There were a few more souvenirs that I wanted to buy as gifts for friends.

But my biggest reason for returning to the fair was to sample the international foods offered in the food tent.  Last Saturday the line to get into the tent was ridiculously long.  Today, even though there were a lot of people, there was no wait to enter.

The food tent covers most of the Plaza of Santo Domingo which is just a few blocks away from the Zócalo. 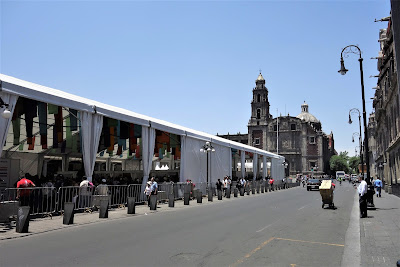 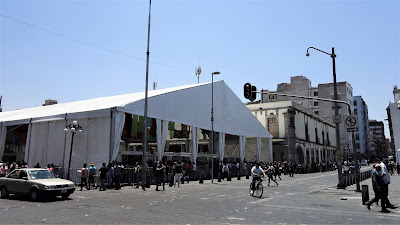 An outdoor eating area has been set up in front of the Baroque, 18th century Church of Santo Domingo.  I did my eating standing up within the tent however. 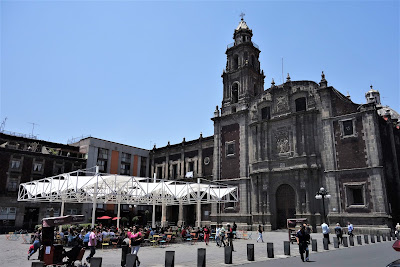 The fountain and statue of "La Corregidora", a heroine of the Mexican War for Independence, is, for the duration of the fair, sitting in the middle of the tent. 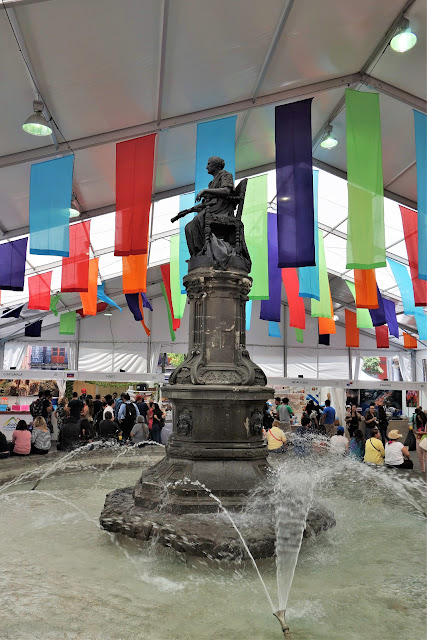 The stern-faced "Corregidora" looks as if she could be thinking, "What the heck is going on here?" 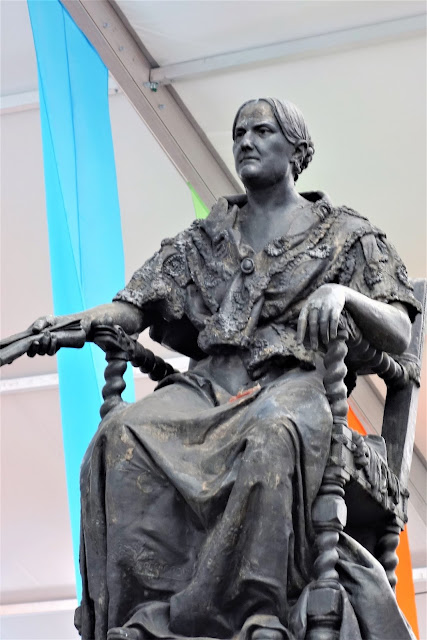 Of the 86 nations participating in the fair, 69 of them have booths in the food tent.  A few of the booths are operated by ethnic restaurants in Mexico City, and a fair number of the employees in the booths are Mexicans rather than citizens of the visiting nations. 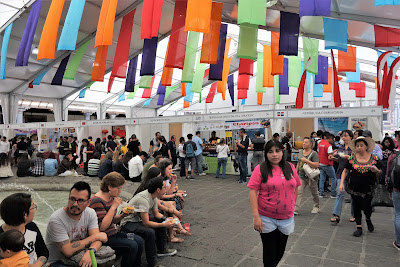 Before I bought anything to eat, I looked around to see what was available. 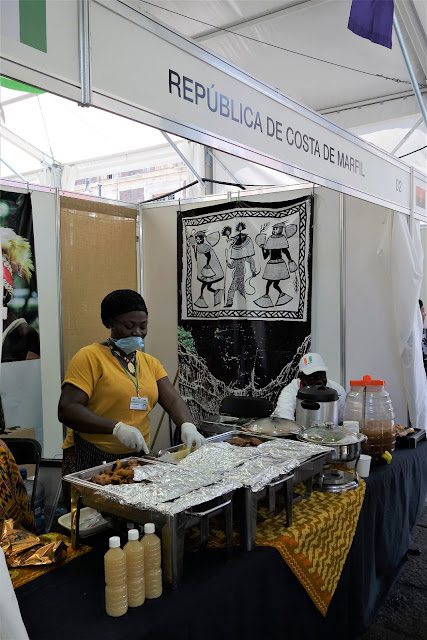 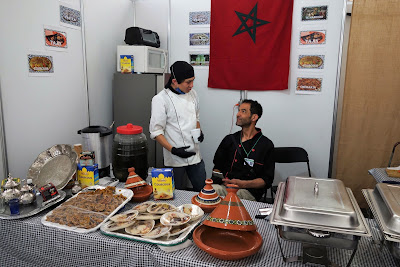 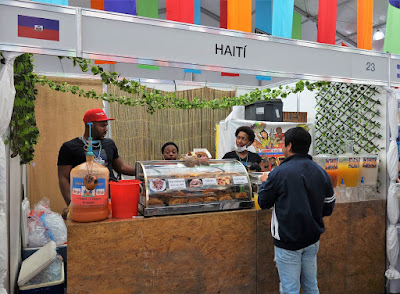 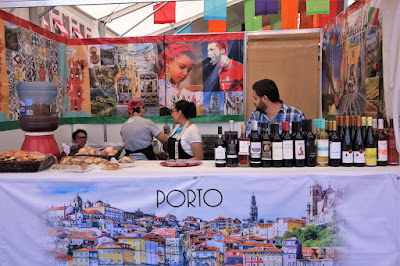 Portugal had a lot of port wine for sale. 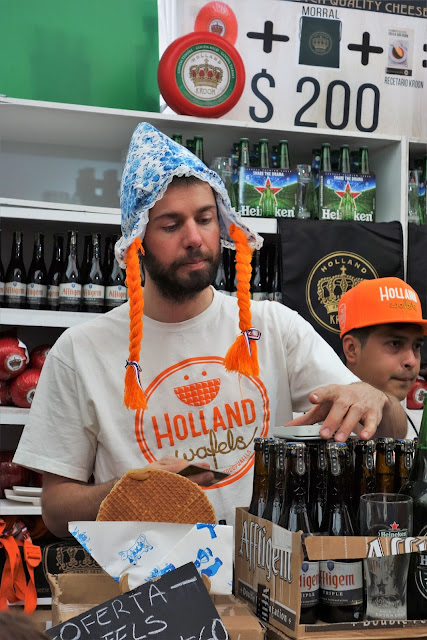 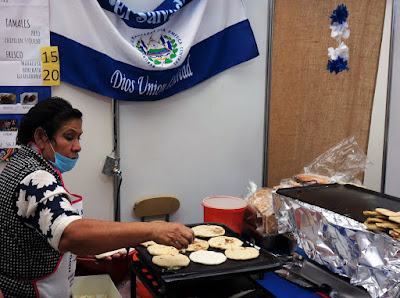 My first purchase was at the El Salvador booth where I tried a "pupusa", a thick, corn tortilla stuffed with a savory filling. 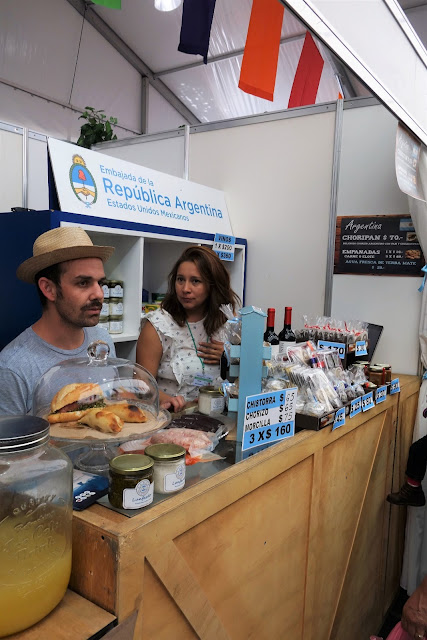 At the Argentinian booth I had a "choripán", a chorizo sausage in bun with "chimichurri" sauce. 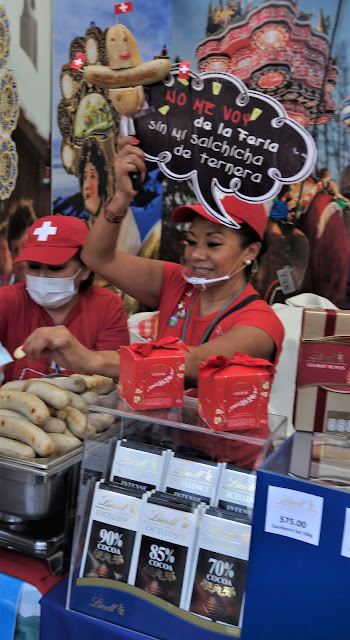 Before I got too full, I wanted to try out the Swiss booth.  (After all, Switzerland is one of my ancestral homelands.)  The lady, who is obviously not Swiss, is holding a sign saying,
"I'm not leaving the fair without my veal sausage."
So, that's what I ordered. 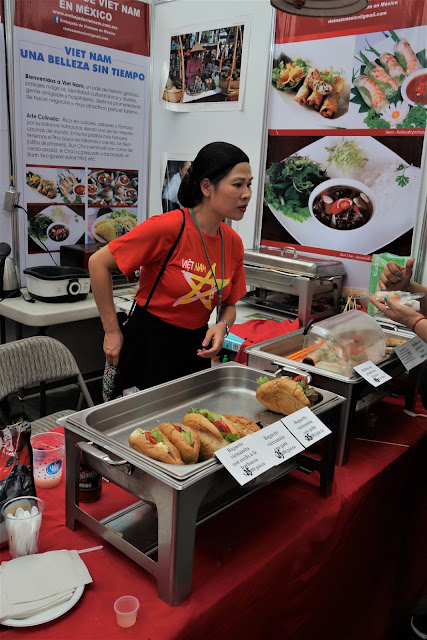 From Vietnam I had a baguette with roast pork. 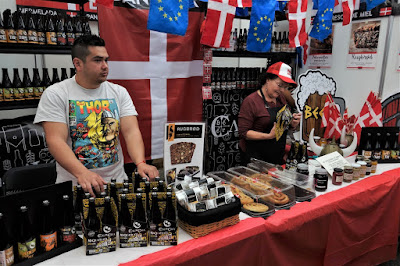 The booth from Denmark was offering Danish beer and Danish pastry.
I had a pastry for dessert. 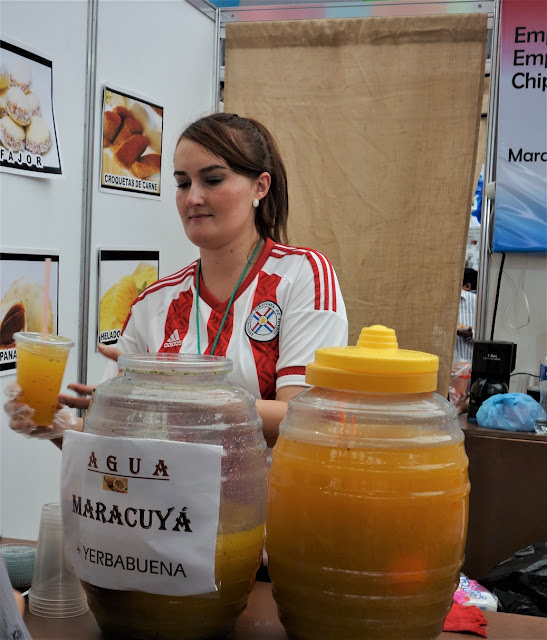 Finally, to drink I ordered a refreshing "agua de maracuyá" made with a tropical, South American fruit.

Which was the best?  I liked everything, but my favorite was the "choripán" from Argentina.  The fair runs until April 29th, so there is a good chance that I will return again for lunch and perhaps order something a bit more exotic.