Around the World in One Afternoon

Last Saturday, Alejandro and I went downtown to see the 10th annual "Feria Internacional de Culturas Amigas" (International Fair of Friendly Cultures).  Eighty six countries were to be represented, and the center of activity was to be on the Zócalo, the main plaza in the heart of the historic center of the city.

We took the Metrobus and got off near the Monument to the Revolution. 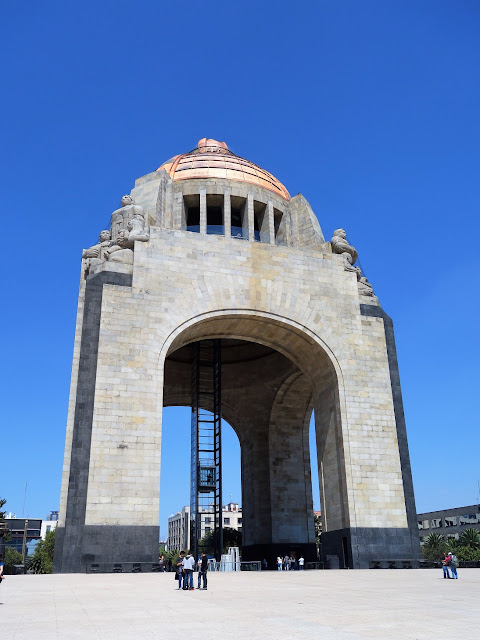 I have no idea if it had anything to do with the Fair, but near the monument we saw this small musical group called the "Mexico City Irish Pipers and Drummers" practicing.

We reached the Alameda Park, and there we found a large tent set up.  We went in check it out.  It had nothing to do with the International Fair, but there were a wide variety of vendors selling traditional Mexican food as well as jewelry, artesanal soaps and handicrafts. 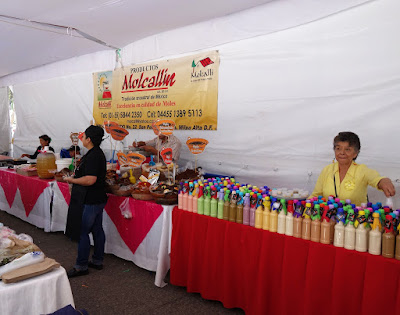 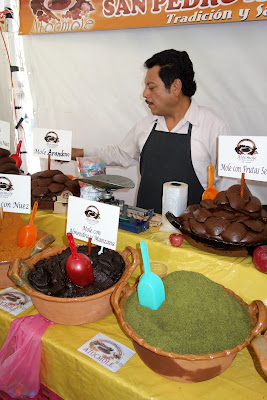 Handicrafts!  We hadn't even reached the Fair yet, and I was already buying stuff!

This couple uses plastic bottles to create flowers and hanging fish decorations.  I thought it was a very clever and unique idea, so I bought one of the fish to put aside for next year's charity auction. 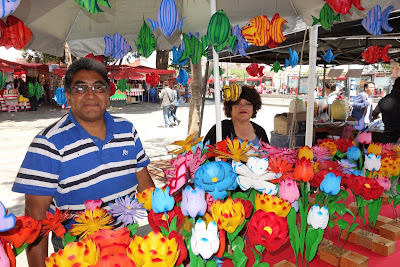 We continued on through the Alameda with its flowering jacaranda trees... 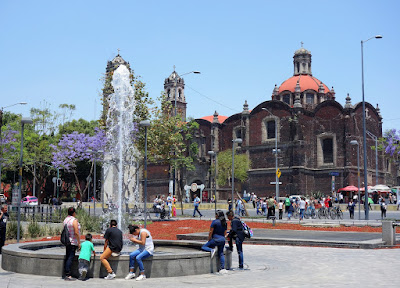 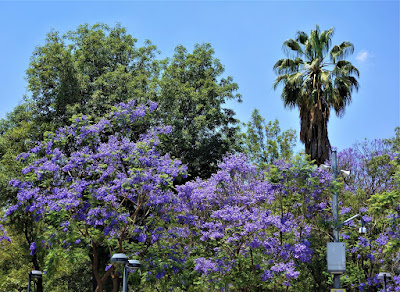 ...and down busy Madero Street toward the Zócalo. 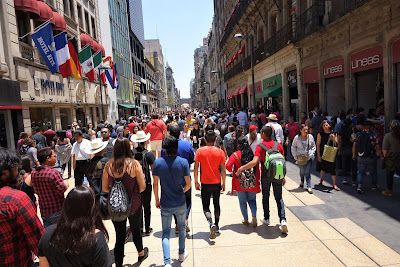 The Zócalo was filled with the booths representing the nations of the world.  I am usually upset when they clutter up this grand, historic plaza with special expositions, but I was willing to reserve my judgement for this event. 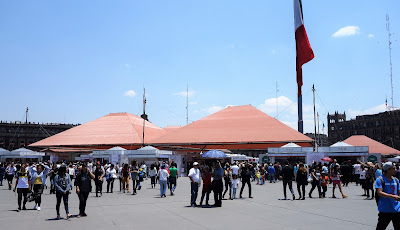 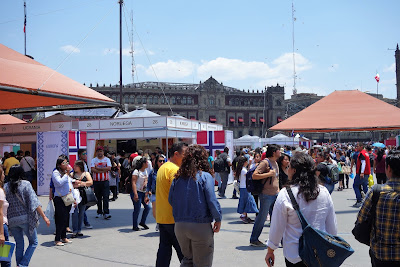 We first went to the pavilions of a couple Western European countries, and their exhibits consisted of nothing more than pictures and signage describing topics such as urban planning and design and ecological projects.  I thought to myself, "This is boring."

But then when we hit the pavilions of the nations of Latin America, there were colorful handicrafts for sale.  Yes, I bought more stuff until my bag was getting full and my wallet was getting low. 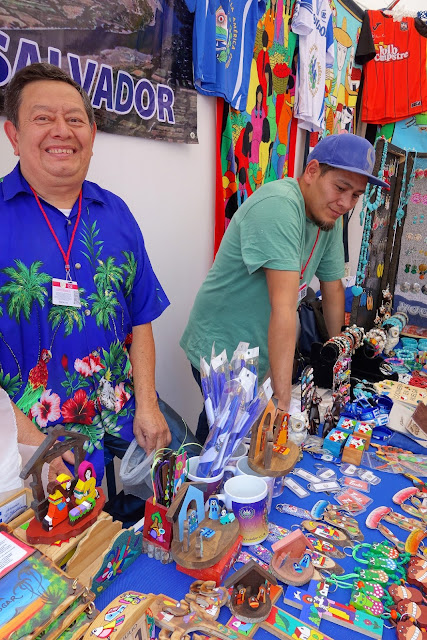 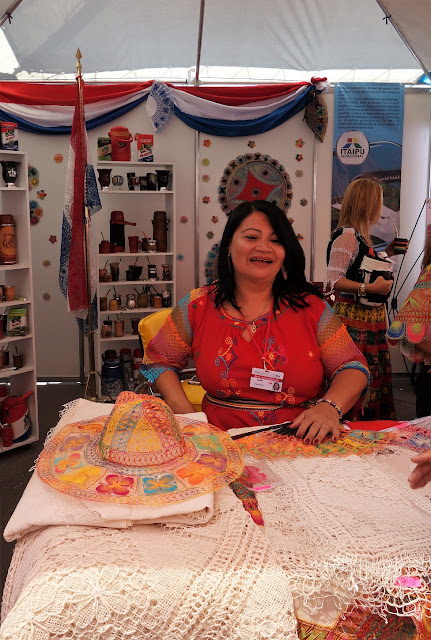 Paraguay
The country is famous for its lace called ñanduti. 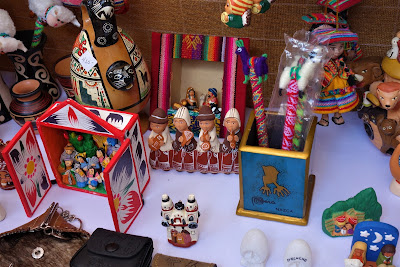 Peru
Their handicrafts were so tempting! 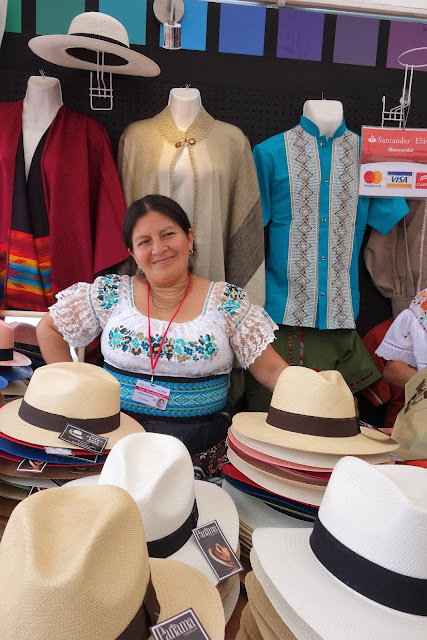 Ecuador
Did you know that the so-called "Panama hat" originated in Ecuador?

Most of the booths from Asia, the Middle East and Africa were also quite interesting. 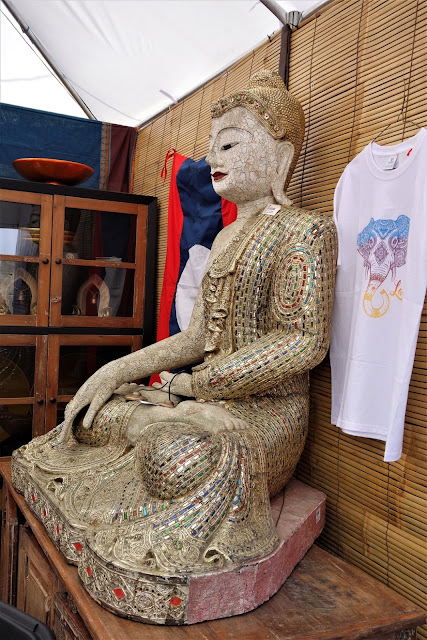 A large statue of Buddha in the Sri Lankan booth 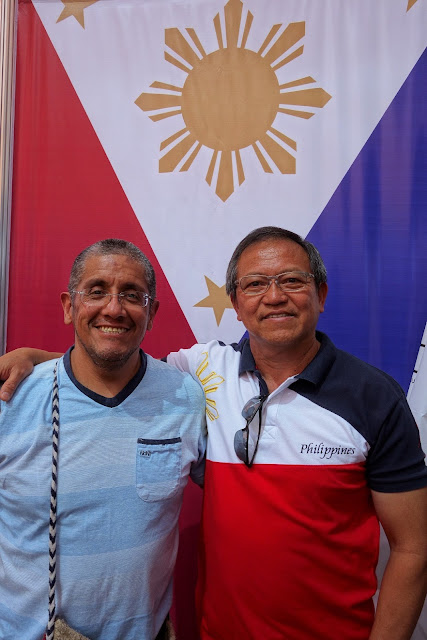 Alejandro poses with the Filipino ambassador to Mexico. 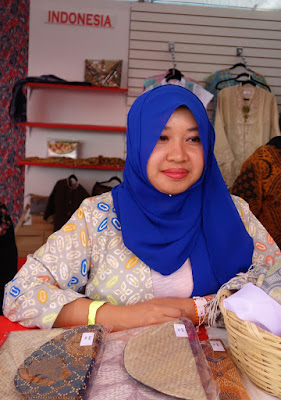 A young lady in the Indonesian booth

This lady and gentleman from Mozambique kindly posed for my camera. 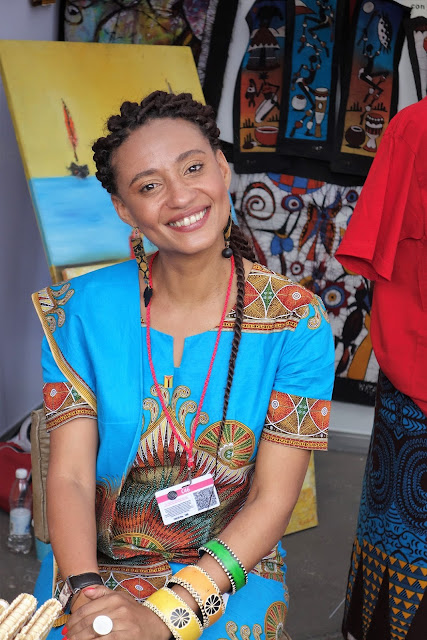 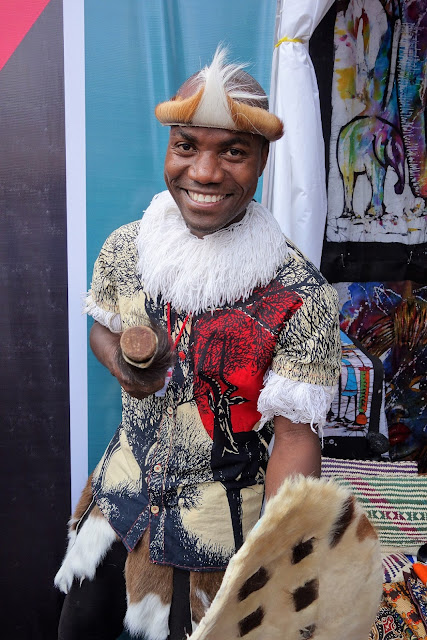 By the way the United States booth was rather pathetic.  It basically consisted of a large map that showed the birthplaces of famous musical artists.  That's the best that you could come up with???

There was also a stage set up in front of the National Palace.  Throughout the day folk music and dance from various countries were presented.   We watched performances from Bolivia and Nicaragua. 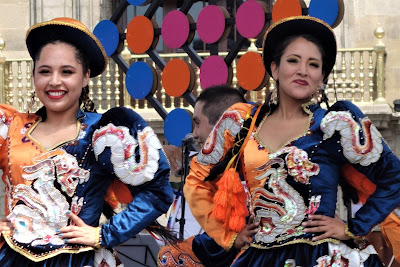 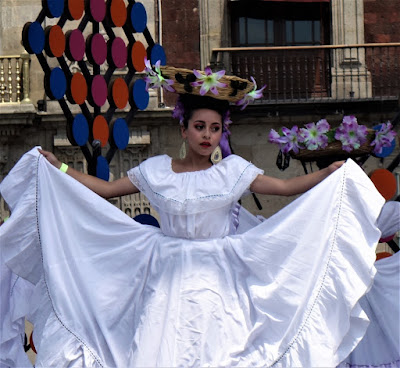 We visited all of the booths, and we were getting tired, but our day was not over. 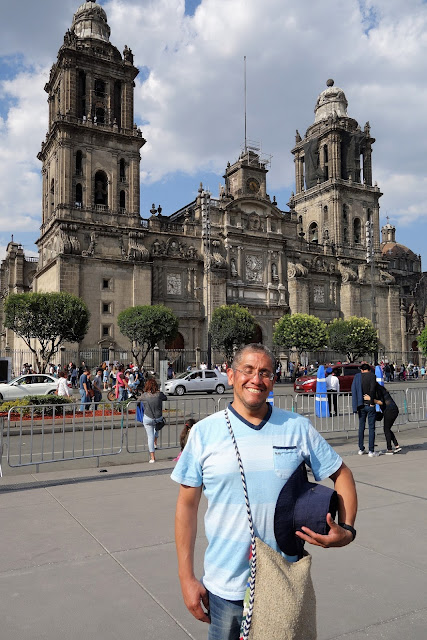 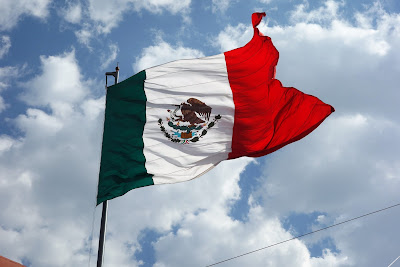