A Stroll Through the Parks

After my breakfast at "El Péndulo" in the Condesa neighborhood, I decided to take a walk through the two parks that help make Condesa the greenest "colonia" in the city.  Just a short walk from the restaurant is "Parque México". 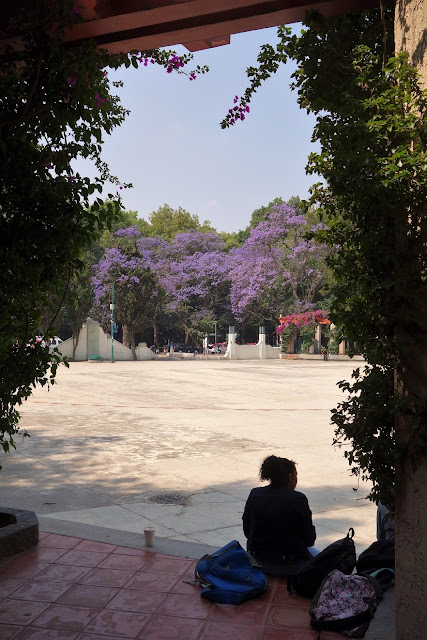 The park's focal point is the "Foro Lindbergh" (Lindbergh Forum), an open air theatre built in the 1920s when the aviator Charles Lindbergh was an international hero.  The "foro" had fallen into disrepair and was covered with graffiti.  In 2013 it underwent a thorough renovation.  I am glad to see that it continues to be free of graffiti. 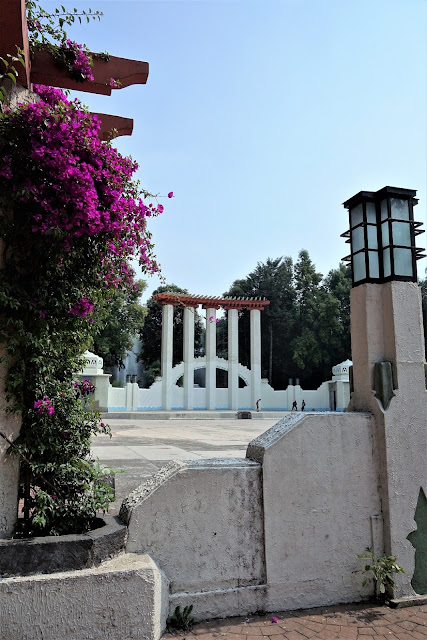 Oops, I spoke too soon. 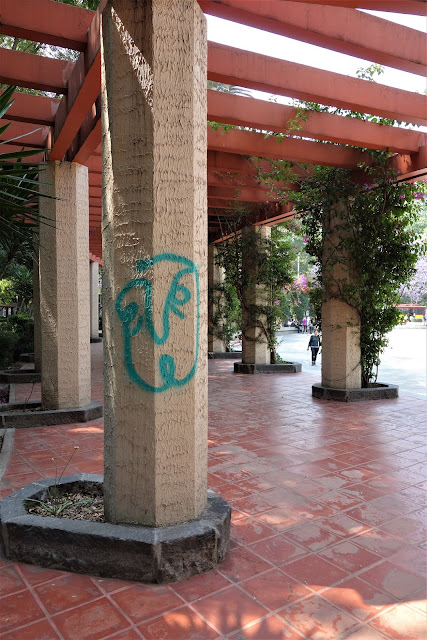 But, given the fact that it was the only graffiti that I saw, I have a feeling that maintenance crews will soon eliminate it. 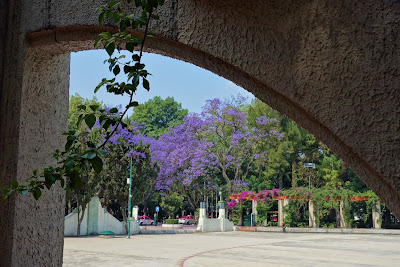 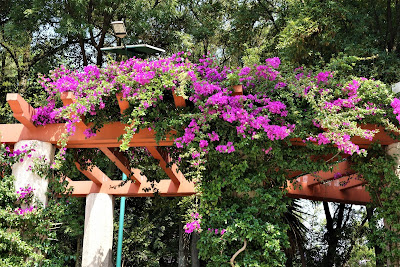 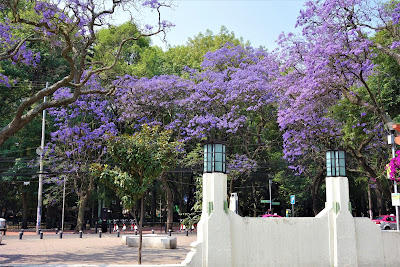 A juggler was practicing his skills in the "Foro". 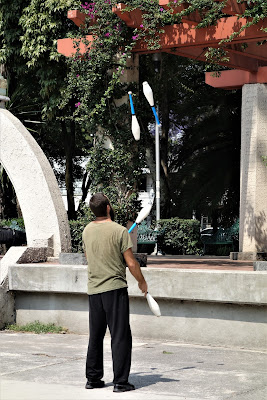 The fountains in the park were all running. 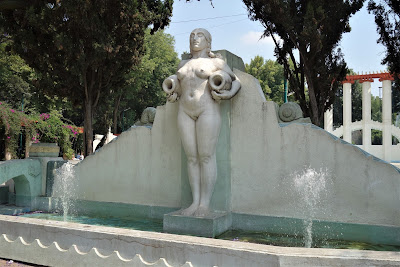 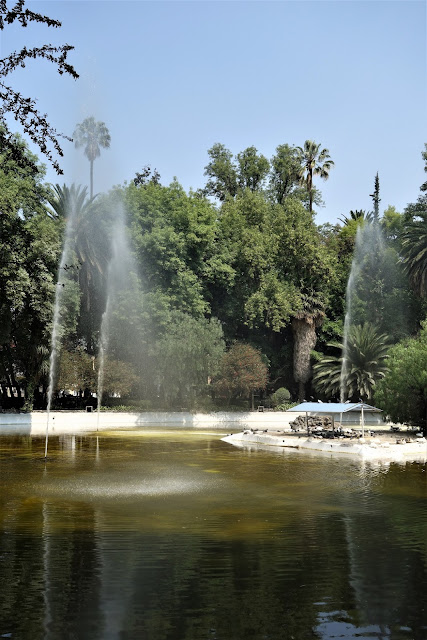 On weekends the park is filled with families, but on this weekday morning it was very peaceful. 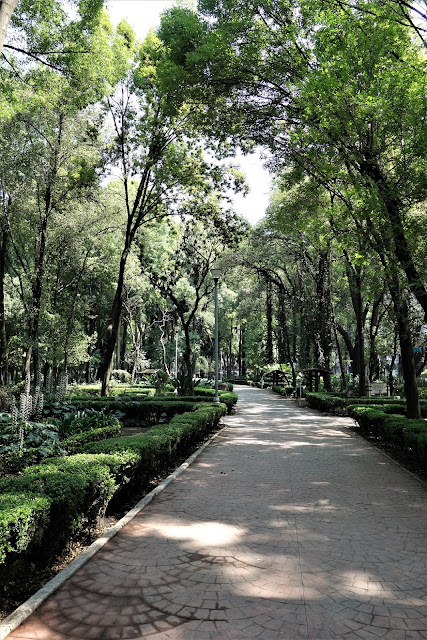 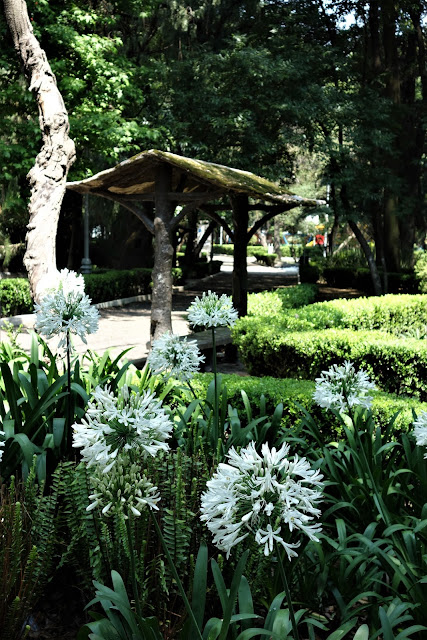 There are signs throughout the park dating from the 1920s which instruct the visitors on correct behavior. 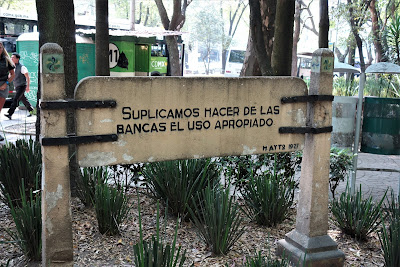 "We beg that you make appropriate use of the benches."  Is that a nice way of saying "Don't make out on the park benches"?

From Parque México I walked a couple blocks to Parque España.  On the way I saw this mural in memory of the victims of last September´s earthquake. 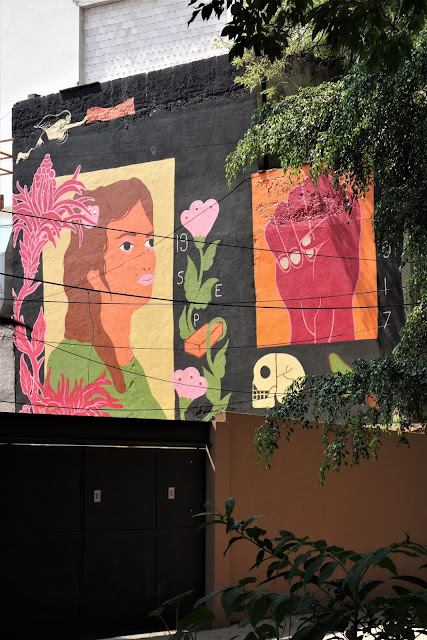 The mural is next to a high-rise apartment building which was severely damaged and now stands empty. 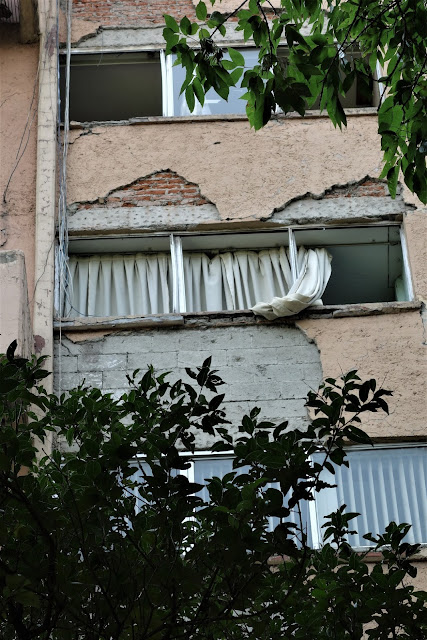 Parque España is smaller but is also very pleasant. 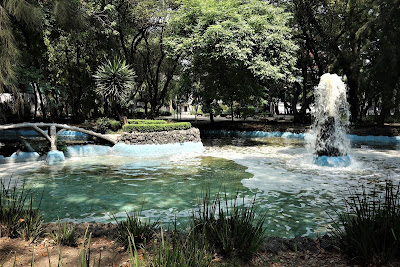 In the park there is a monument to President Lázaro Cárdenas.  It was recently spruced up, and fountains were placed around it. 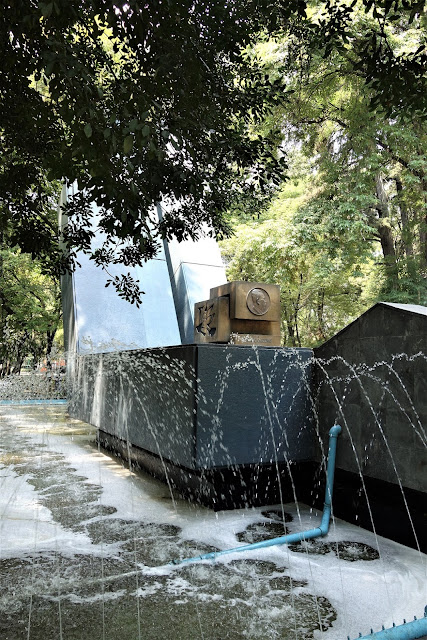 The monument was donated by emigrants from Spain who came to Mexico after the Spanish Civil War.  President Cárdenas had welcomed Spanish refugees who had fought against the fascists of General Francisco Franco. 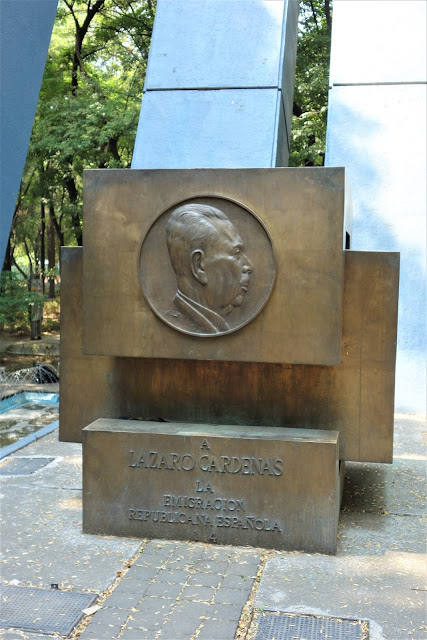 Unfortunately, it appears that the renovated monument suffered a bit of damage in the earthquake. 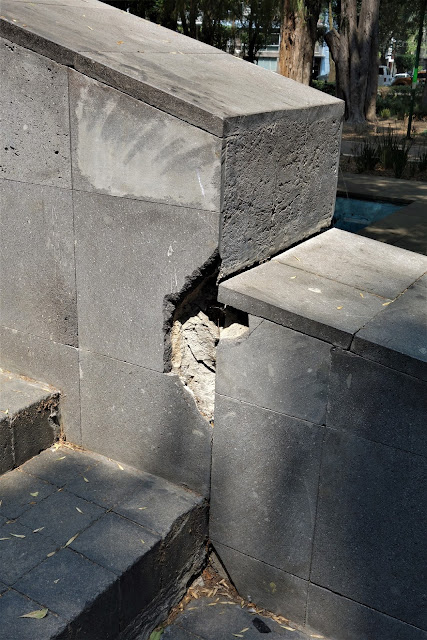