From Rome to Mexico City

On Wednesday I went to the National Museum of Art in Mexico City's historic center. 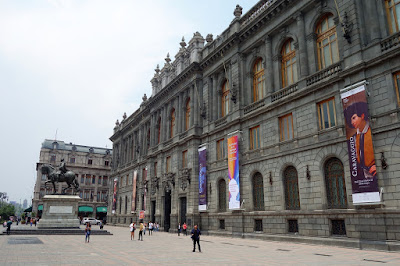 I wanted to see the current exhibition, "Caravaggio: A Work, A Legacy".  For the first time ever a painting by the Italian painter Caravaggio is on display in Mexico.  The 1594 painting "The Fortune Teller" is on loan from the Capitoline Museums in Rome.

But before coming to the Caravaggio painting, the visitor passes through several galleries with paintings that show the influence that the artist had on other painters in Europe and even Mexico. 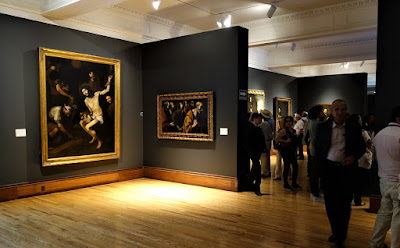 Caravaggio broke from the artistic standards of his era to create paintings that were considered quite shocking at the time.  Caravaggio espoused naturalism.  Instead of idealized images, he chose people off of the streets as his models, and he painted them "warts and all".  He also used "chiaroscuro"... the contrast between light and shadow.  His paintings were also filled with dramatic motion.

One painter who was greatly influenced by Caravaggio was José de la Ribera, a Spanish artist who spent his life in Italy.  One of the paintings by Ribera in the exhibition is "Sight" from his series "The Five Senses". 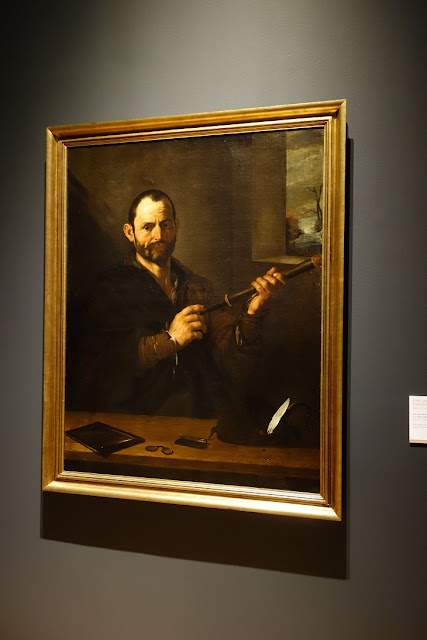 You can see that the model is an ordinary person, painted realistically, and use can see the dramatic use of light and shadow.

In Spain, Caravaggio's influence can be seen in the works of Francisco de Zurbarán, such as "The Penitent Magdalene". 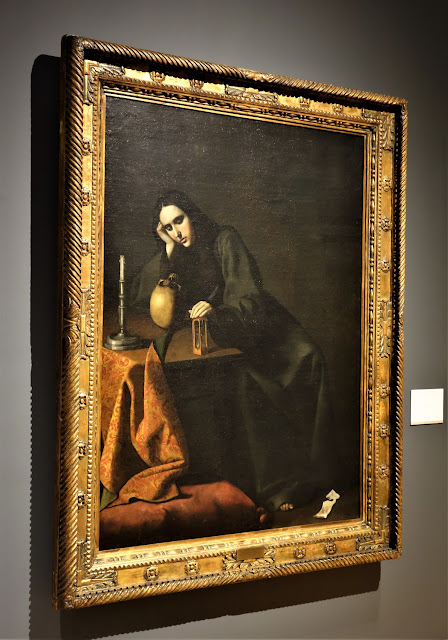 From Spain, Caravaggio's style crossed the Atlantic to Mexico.  Francisco de Villalpando was one of the greatest Mexican painters of the Baroque era.  His "St. Francis Praying in the Desert" is included in the show. 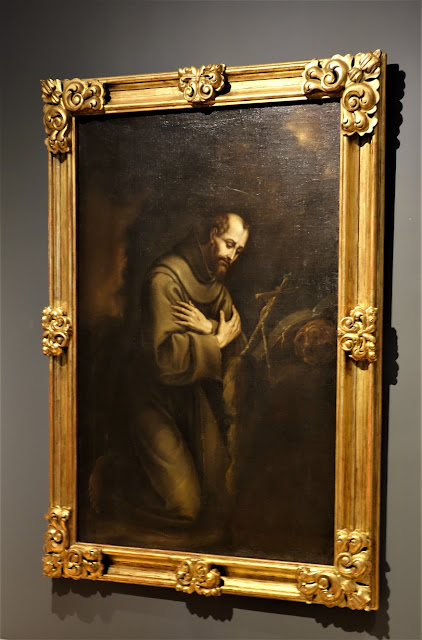 A 19th century Mexican artist, Felipe Santiago Gutiérrez, traveled to Italy and was impressed with the Caravaggio and Ribera paintings that he saw in the Vatican Museum.  His portrait of St. Bartholomew reflects those artists' use of "chiaroscuro" 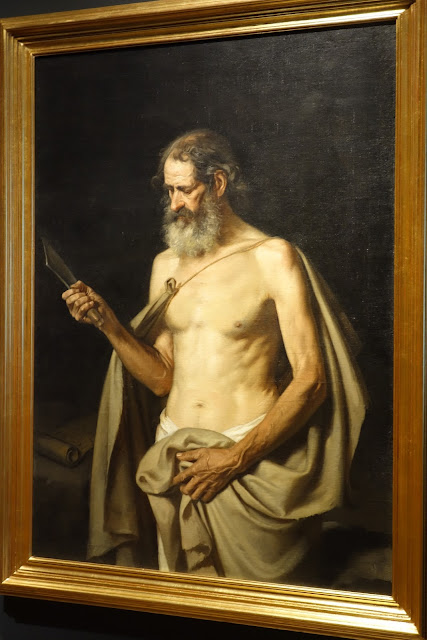 Finally you come to the room where Caravaggio's painting is displayed by itself.  Taking a picture of it was a bit like taking a photo of the "Mona Lisa" because there were so many people gathered around it.  I waited out the crowds and was finally able to move to the front and get an unobstructed shot. 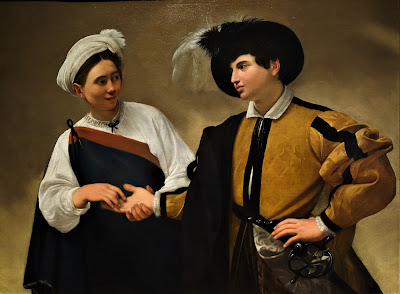 "The Fortune Teller" is one of his earlier works.  The use of light and shadow is not as pronounced as in his later works, but it was still a shocking painting for its day.  The subject matter is not the typical religious or mythological theme, but a scene straight from the streets of Rome.  A young gypsy is reading the palm of a nobleman.  (Close observation of the painting shows that Caravaggio painted the gypsy with dirty fingernails.)  She is gazing flirtatiously at the young man, and, while she has captured his attention, she is skillfully stealing his gold ring.