Landscape from the Past

Yesterday I wrote about Chapultepec Castle and its ill-fated residents Emperor Maximilian and his wife Carlota.  Today I was in the National Museum of Art, and noticed this painting which ties in with yesterday's post. 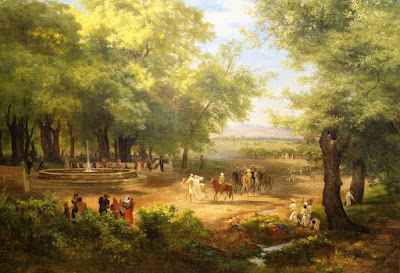 The work is by one of my favorite Mexican artists, José María Velasco, a 19th century landscape painter.  This painting, done during the reign of Maximilian and Carlota, is a view of the Alameda Park.  The Alameda is today very much in the heart of downtown Mexico City, but in those days it was a bucolic spot on the city's edge.

Velasco rarely included historical people in his landscapes, but in this case the Empress Carlota and her retinue are shown riding in the park. 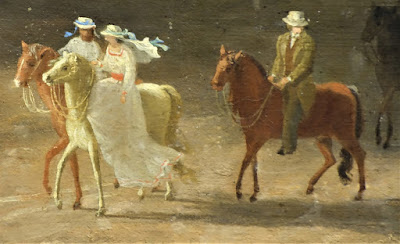 One assumes that they would have ridden from Chapultepec Castle.  In the background, far removed from the city, you can see the castle.  The white, diagonal line running from the castle is the road that Maximilian ordered to connect the imperial residence with the city.  That country road is today the skyscraper-lined Paseo de la Reforma. 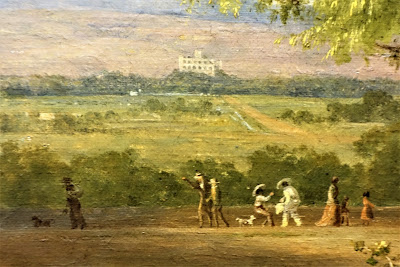 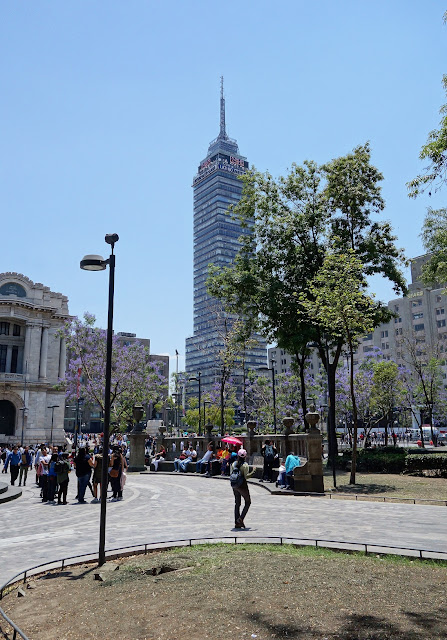 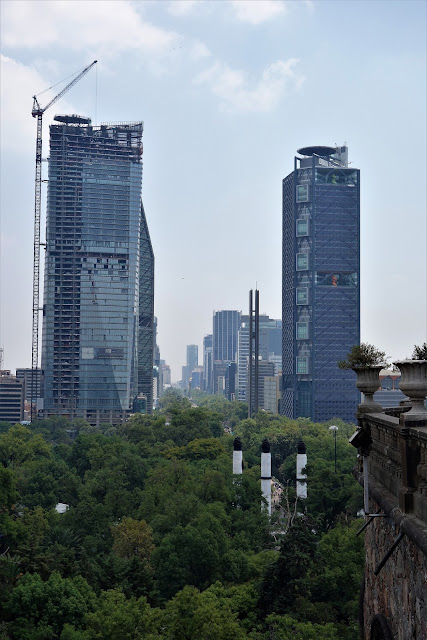 The Paseo de la Reforma today, as seen from the terrace of Chapultepec Castle