Yesterday I flew to Mexico City, and although the flights went smoothly, some strange things happened when going through security, both in Cleveland and in Chicago.

I had packed in my carry-on a container of my homemade fudge for Alejandro and his family.  A friend of mine had also given me a box of Malley's Chocolates (a well known brand made in Cleveland) to take to them.  I figured that when the bag went through the x-ray, the fudge and the chocolates would arouse suspicions... the fudge usually does.  Sure enough, the TSA agent asked me to open my carry-on. He swabbed the box of chocolates, put the paper into the apparatus they have, and the result was positive for hazardous materials.  The agents were very polite, even jovial.  They joked about how in the world could Malley's Chocolates be dangerous, especially since it was obvious that the box had not been opened.  They finally let me go on my way... along with my fudge and the chocolates.  I did a bit of research afterwards, and apparently it is not uncommon for food to test as hazardous.  There are a number of food ingredients, especially preservatives, that are also ingredients used in making explosives.

Another strange thing happened when I went through security in Chicago.  After passing through the metal detector, the agent patted me down.  He showed me that the device had detected metal in my abdomen area.  He joked that it must be my "six-pack", and I laughed, "You mean my fat belly."  I had taken my belt off prior to passing through the detector.  Was the sensitivity turned up so high that it detected the metal clasp on the waistband of my pants?

Here are some pictures from my flights... 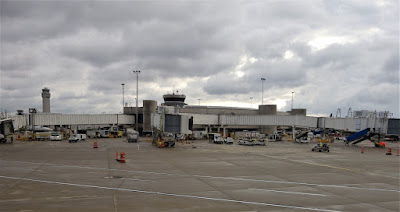 Taxiing at Cleveland Hopkins International Airport
It was a dreary, rainy, windy morning. 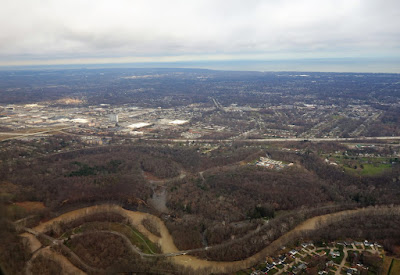 Taking off from Cleveland
The green swath at the bottom is a portion of the Cleveland Metroparks following the course of the Rocky River.  In the distance you can see Lake Erie. 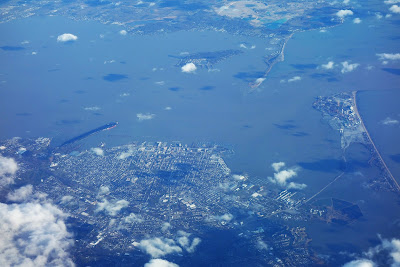 A break in the clouds reveals the city of Sandusky, Ohio far below.  It is located on Sandusky Bay, an inlet of Lake Erie.  The peninsula of land at the middle right is Cedar Point, location of the Cedar Point Amusement Park which is dubbed the "Roller Coaster Capital of the World."


As we descended to land at O'Hare Airport, it was apparent that, whereas in Cleveland we had heavy rains the previous night, Chicago had a dusting of snow. 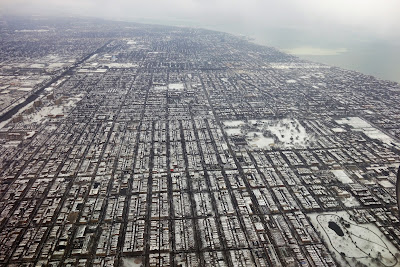 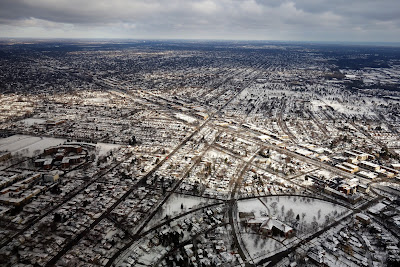 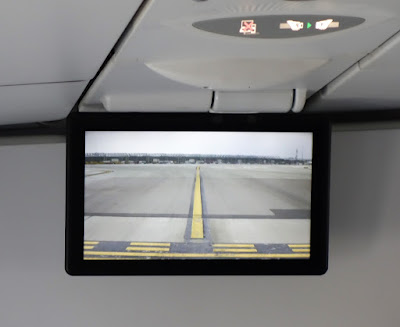 Now I am on the Interjet flight from Chicago to Mexico City.
Interjet is the only Latin American airline with cameras on the noses of its planes, giving passengers a view of the take-off and landing.

As always, the Interjet flight was very pleasant... plenty of legroom and not crowded.  The two seats next to me were empty. 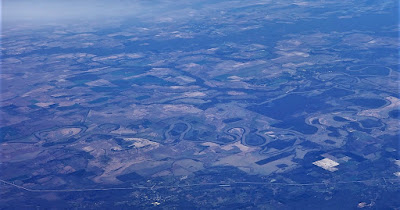 Somewhere over the U.S.

As we headed down the gulf coast of Mexico there was nothing to see except for piles of clouds. 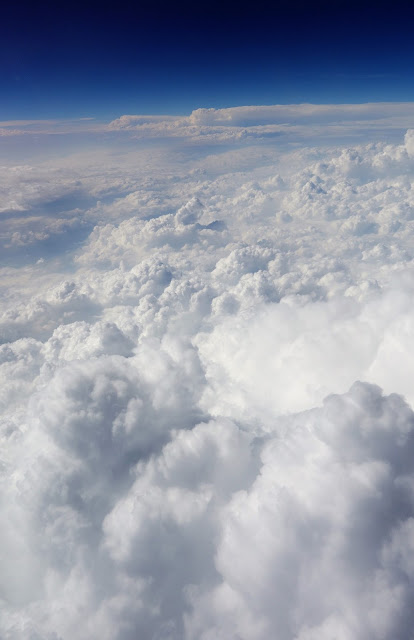 As we approached Mexico City there were some breaks in the clouds and some hazy sunshine.  The green area to the right is Chapultepec Park. 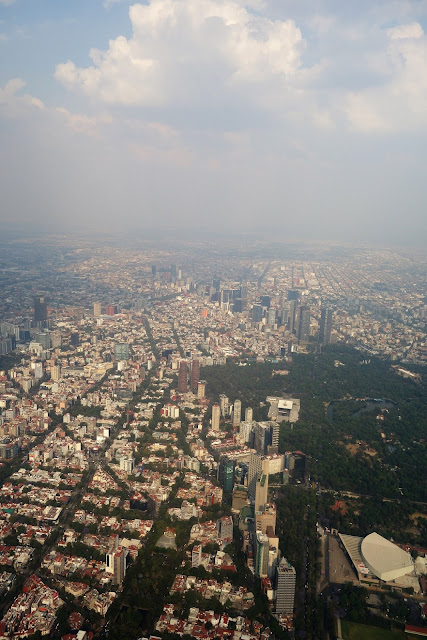 Every time that I fly into Mexico City, the plane passes by the World Trade Center (the tall, blue building).  Somewhere down there is the condo that I rent. 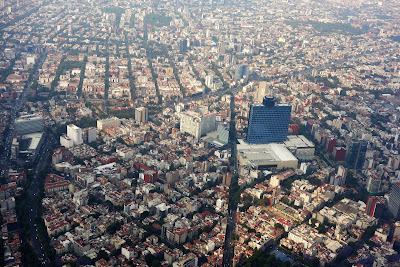 As we approach the airport, I can see the purple flowers of the jacaranda trees which are now in bloom. 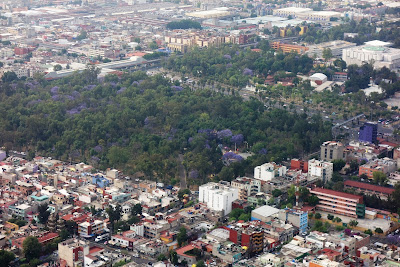 Welcome back to Mexico City!