Last month I went downtown to the Palace of Fine Arts to see if there were any special exhibits going on. 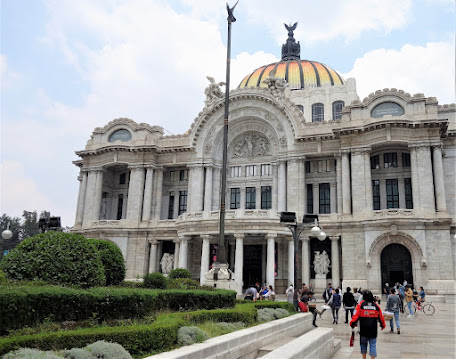 There were two special shows.  One of them was a rather large exhibit on surrealism presented in collaboration with the Museum Boijman Van Beuningen in Rotterdam, the Netherlands.  I had never heard of the museum, but it has an enormous collection that ranges from medieval to contemporary art.  It has one of the largest collections of surrealist art in the world.  The museum is currently closed until 2029 for a major renovation, but some of its works were shipped to Mexico to be a part of this exhibit.

Surrealism draws on the unconscious mind to portray irrational, dream-like images presented in a realistic manner.  I do not pretend to understand it, but I find it interesting.

Probably the most famous surrealist artist was the Spaniard Salvador Dalí.  There are a number of his works in the show, all of them from the Rotterdam museum. 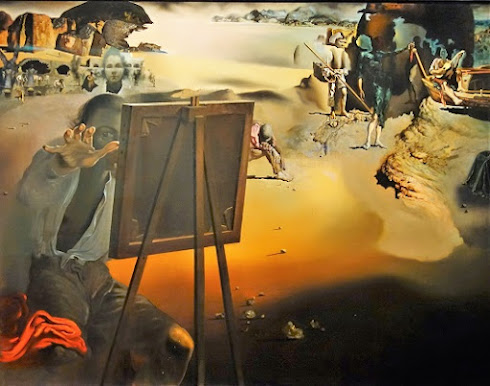 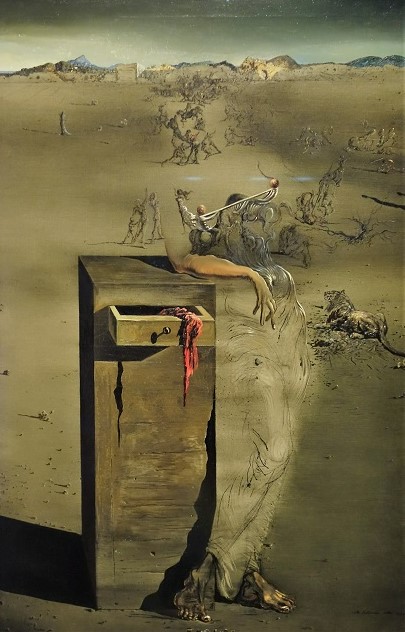 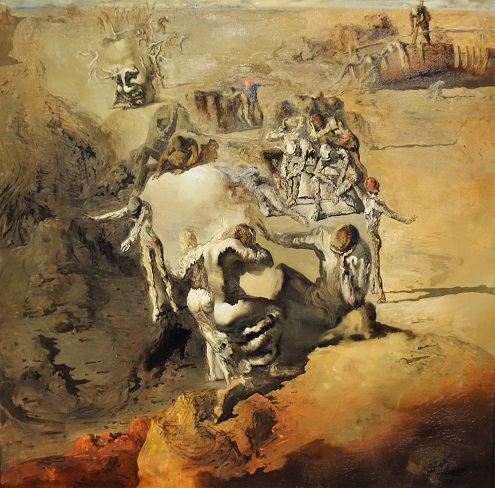 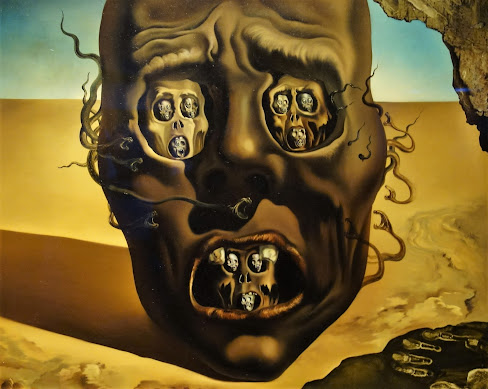 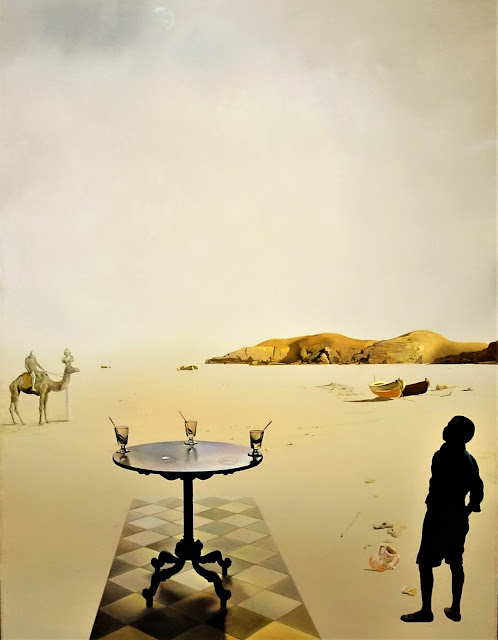 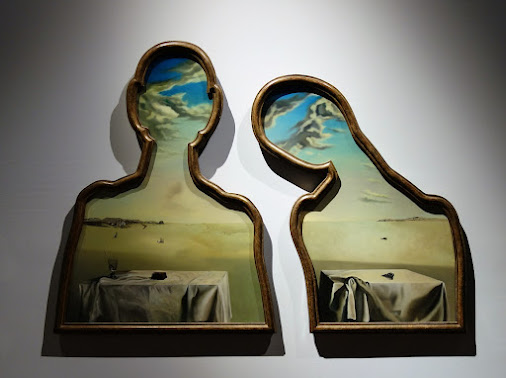 "Couple with their Heads Full of Clouds" 1936 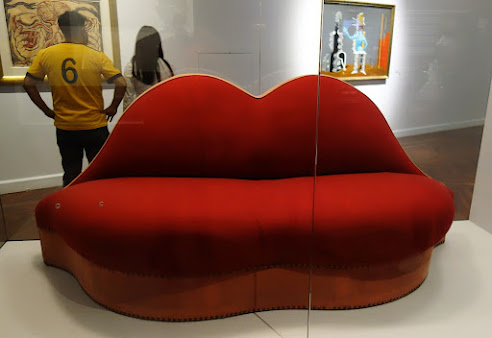 "Mae West Lips Sofa" 1938
Another leading figure in the surrealist movement was the Belgian Renee Magritte.  These examples of his work also came from Rotterdam. 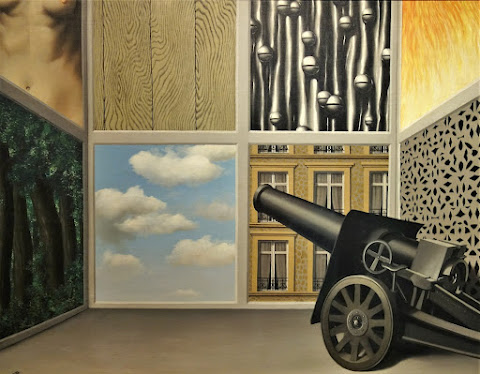 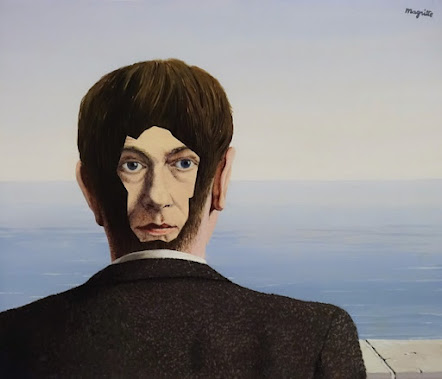 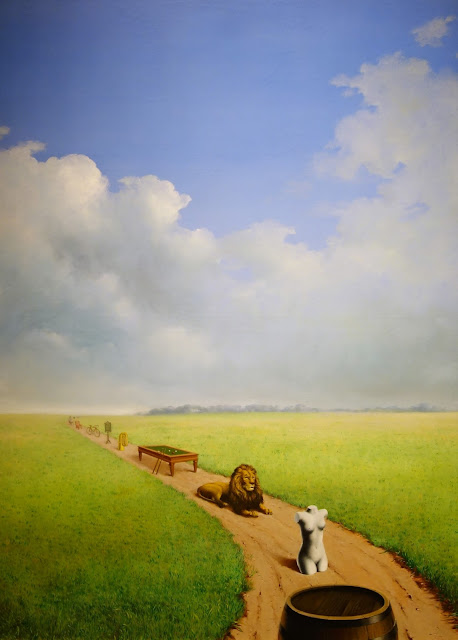 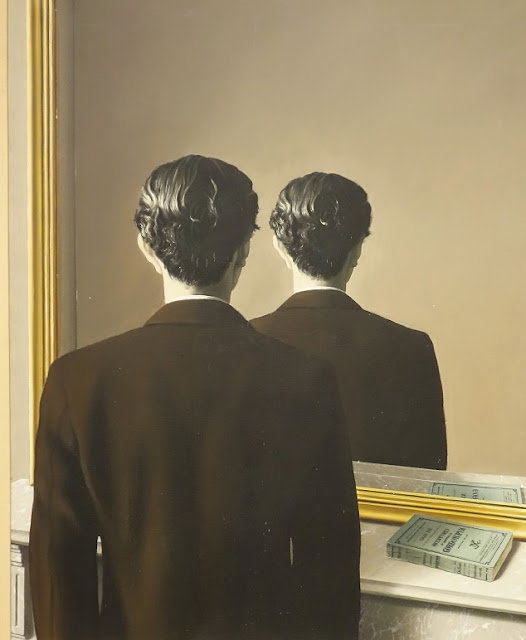 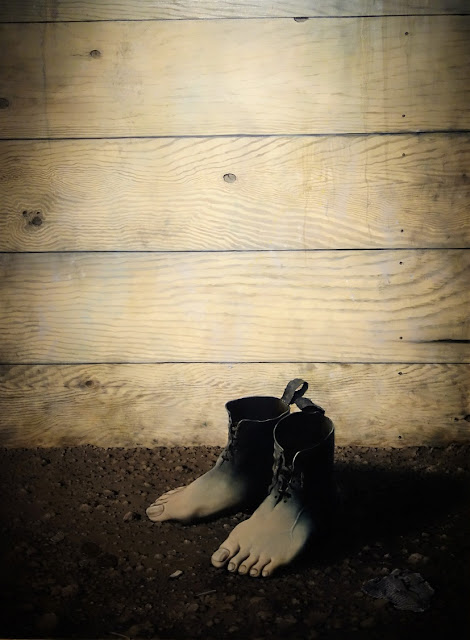 "Red Model III" 1937
There were a number of paintings by Mexican artists... most of whom are not necessarily associated with surrealism.  These were mostly from museums or private collections in Mexico. 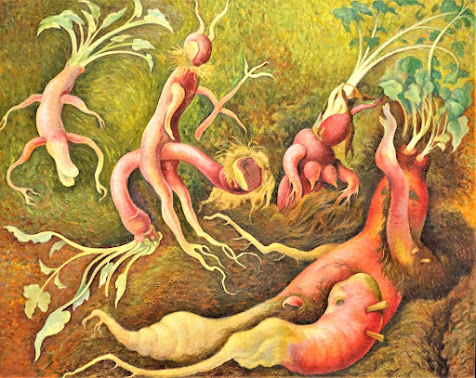 "The Temptation of St. Anthony" 1947
by Diego Rivera
The figures are all in the form of radishes. 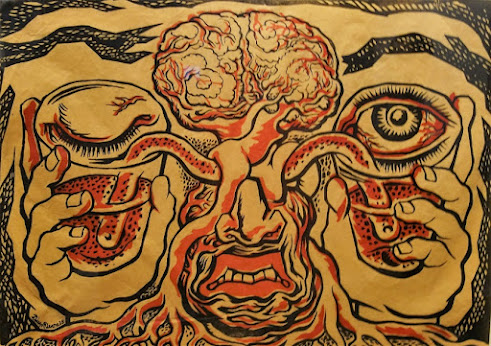 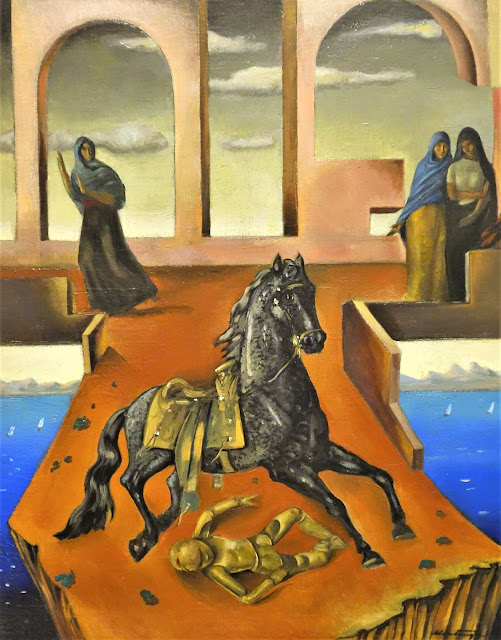 "Hommage to Chirico" 1944
by Roberto Montenegro
Giorgio Chirico was an Italian artist who influenced the Surrealists. 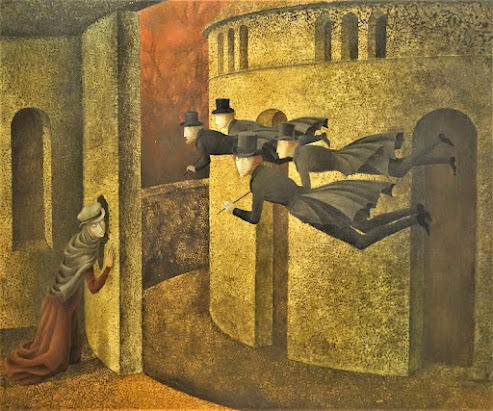 "Bankers in Action" 1962
by Remedios Vara
Vara was a Spanish-born painter who spent most of her life in Mexico. 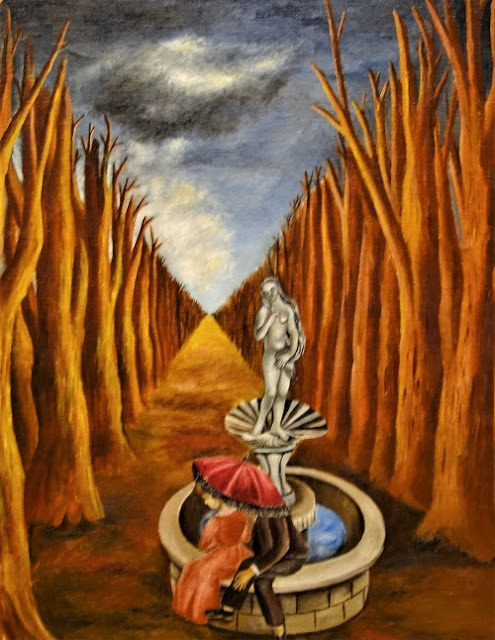 "Idyll" 1948
by María Izquierdo
Izquierdo was the most important female painter in Mexico prior to Frida Kahlo. 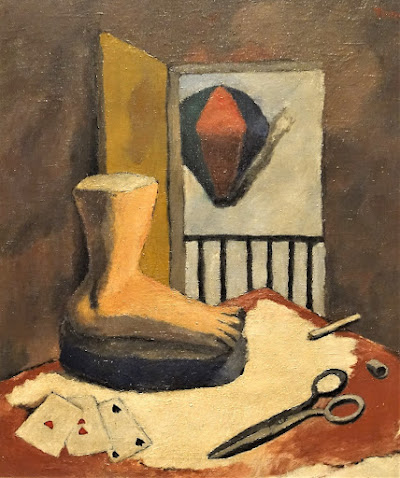