Alejandro's nephew, Ezra, has a birthday later this month.  Unfortunately, I am always back home by then.  Usually his mom rents a "salón de eventos" for a birthday celebration, but the last couple of years Ezra has not had a party due to the pandemic. He asked his mom if he could have one this year, and she agreed.  The party hall that she wanted was already booked for the weekend closest to his birthday.  The only date available was the last Saturday in August.  So, for the first time, I was able to attend Ezra's birthday bash.

Birthday decorations in the hall 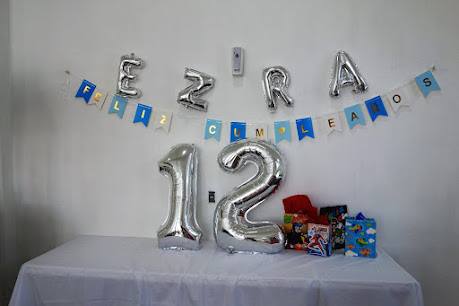 Alejandro and I drove to a nearby bakery where a cake had been ordered... a great big letter "E" for Ezra. 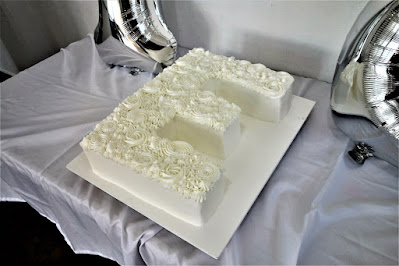 The party hall had a small swimming pool which the kids all enjoyed. 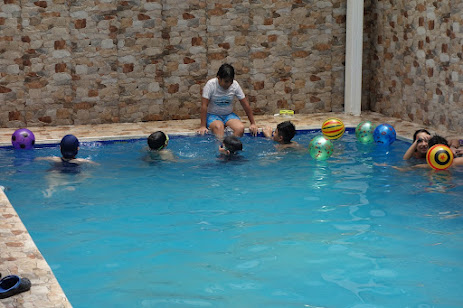 I have mentioned before that Mexican parents do not like photos of their children posted on the internet, but here are some pictures of the adults...

I sat at a table with Alejandro's Aunt Araceli and Uncle Salvador.  I mentioned Araceli in a previous post when we went to their house for "pozole".  They are very sweet couple. 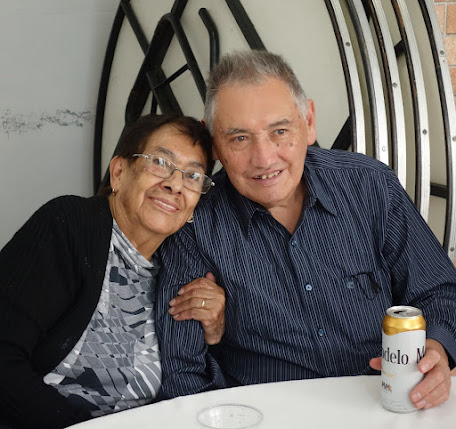 Alejandro's dad, Pedro, was also seated at our table.  It's not very often that I get a good picture of him. 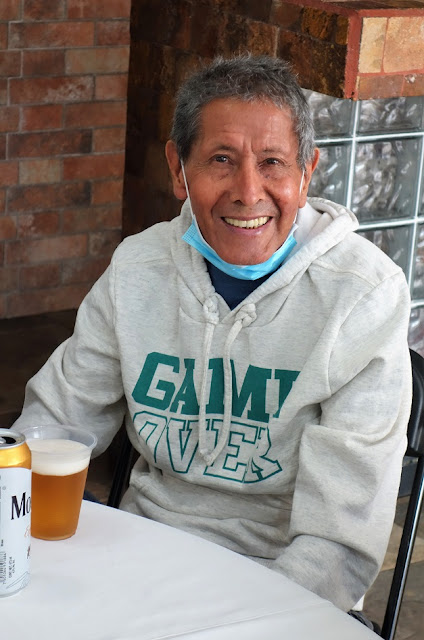 A photographer came around and took pictures of the people at each table.  I took a photo of the photo so that I would have a picture of me with the group.  (It came out pretty well.)  Also at our table were Araceli and Salvador's son and daughter and their spouses. 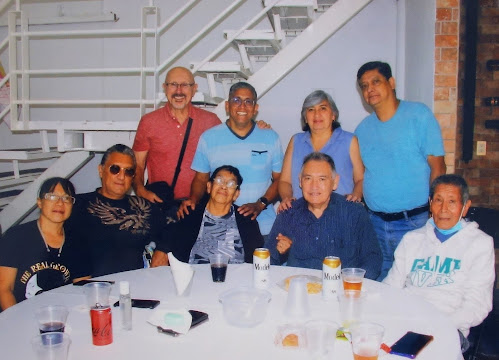 Alejandro did a little bit of bartending.  He brought with him the bottle of "Xtabenún" (Mayan honey liqueur) that he had bought in Jalapa the weekend before.  Most of the adults wanted to try it, and long before the party was over, the bottle was empty. 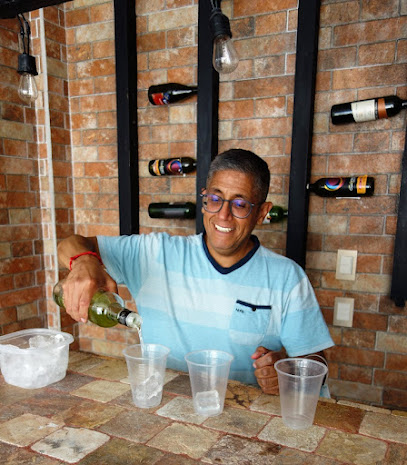 A grill was set up, and four different kinds of tacos were prepared.  They were all very good! 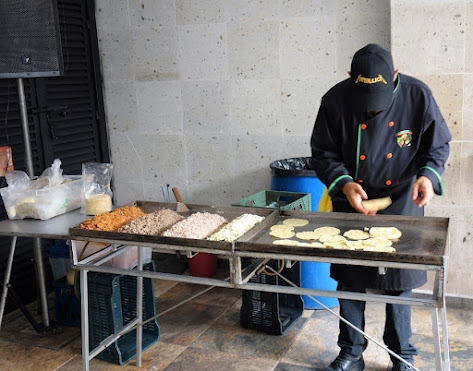 There was a whole table for all the fixings that go with the tacos... salsas, "nopales" (cactus), onions, cilantro, and lime wedges to squeeze. 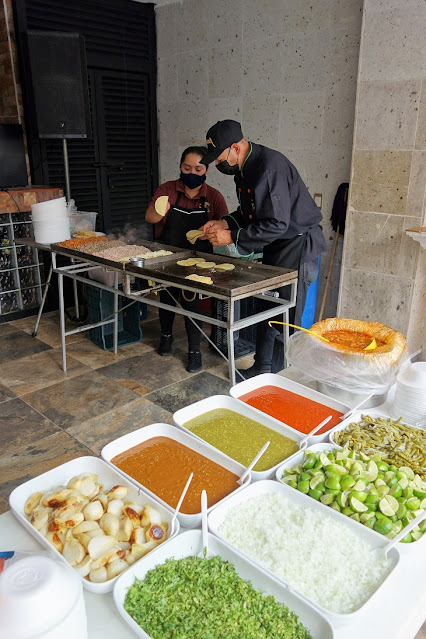 Later the birthday candles were lit, we sang the traditional "Las Mañanitas", and after the candles were blown out, Ezra took the "mordida" (bite) out the cake.

It was a great party with good food and good company, and it was nice to see Ezra having fun with his friends from school.