On my last weekend in Mexico City Alejandro and I went downtown.  I have never been in Mexico on Independence Day (September 16th); however, I am usually still here in early September.  I don't recall seeing so much patriotic excitement or so many decorations a couple weeks before the national holiday.  (Or maybe on previous trips I simply had not gone downtown toward the end of my stay.)

When Alejandro and I reached Juárez Avenue, even he was surprised to see so many vendors selling flags and other patriotic paraphernalia along the sidewalk of the street. 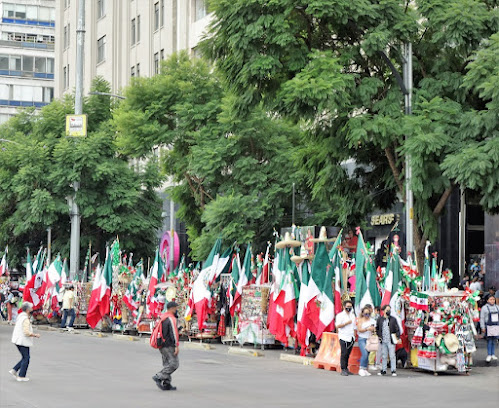 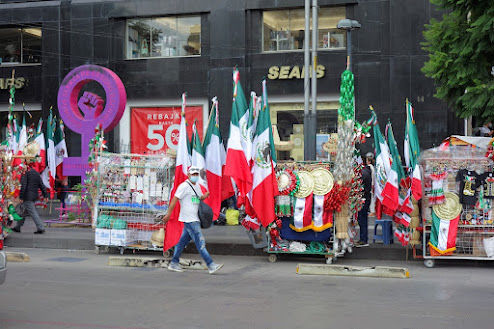 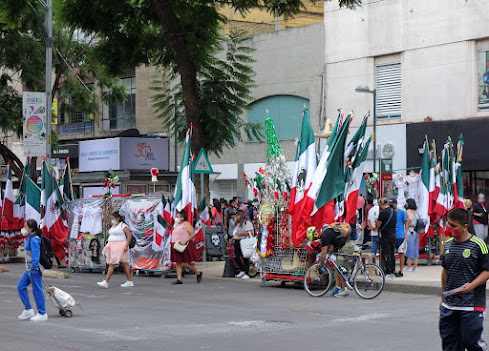 Throughout the "Centro Histórico" there were more vendors set up on many street corners. 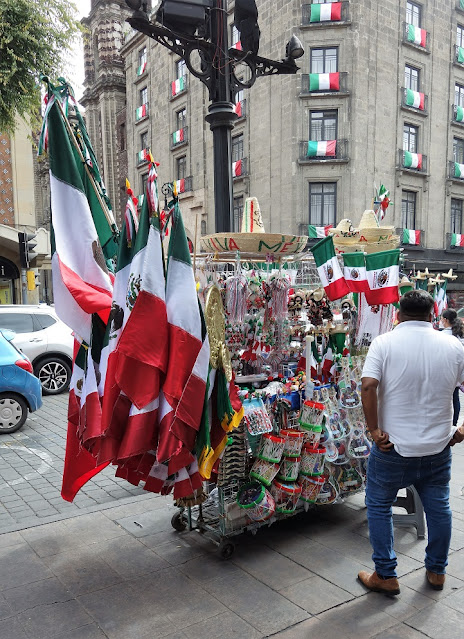 This organ grinder had his instrument decorated for the upcoming holiday. 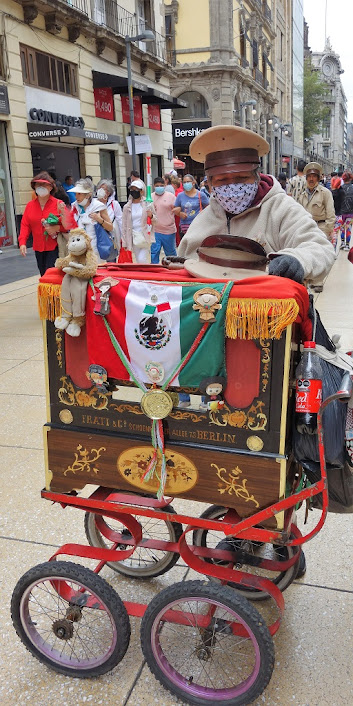 Someone amidst the crowds on Madero Street was waving a Mexican flag. 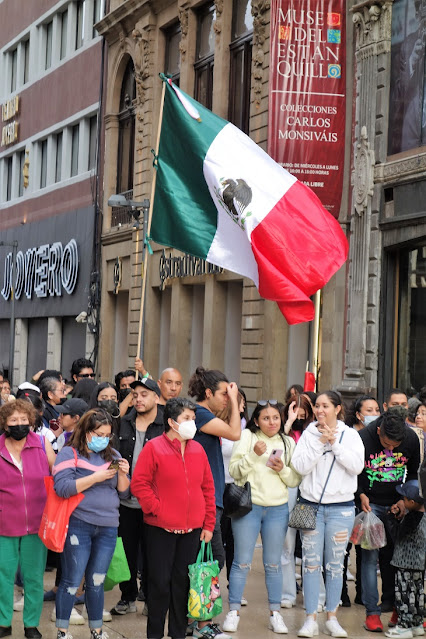 A building in the "Centro Histórico" decked out in Mexican flags. 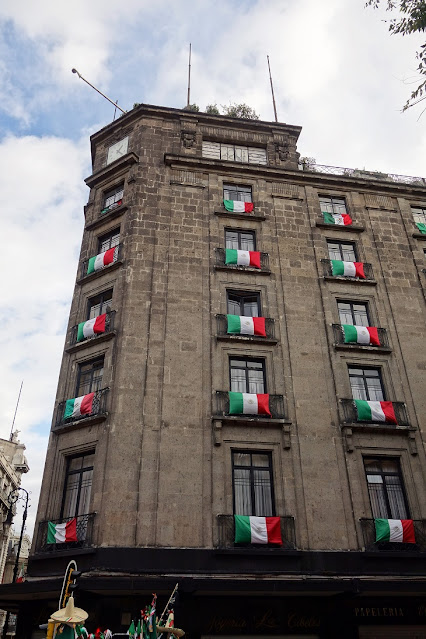 We briefly stepped into the lobby of the Hotel Majestic which was decorated in the national colors. 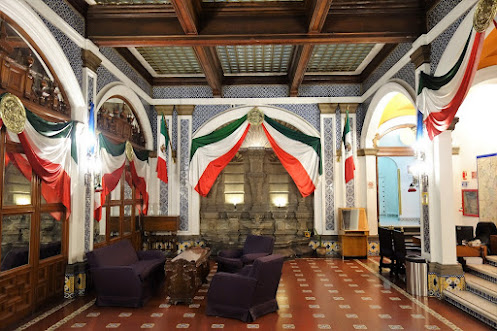 Of course, the "Zócalo", the city's main plaza, was already adorned for the upcoming celebrations.  The National Palace had a stripe of green, white and red bunting running along its entire length. 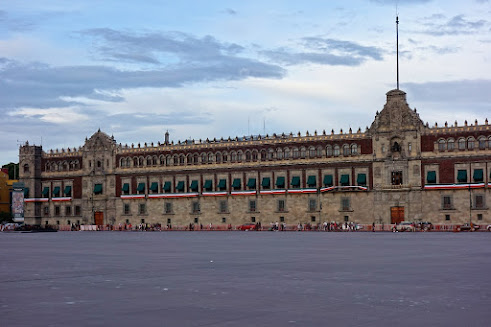 This will be the focus of attention on the eve of Independence Day when the President steps out onto the balcony and rings the historic independence bell.  You can make out in the photo the green, white and red rope hanging from the bell to the balcony is already in place for the big night. 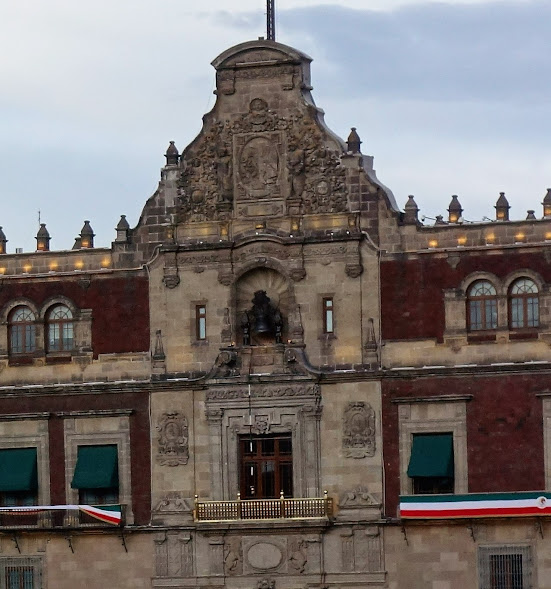 The buildings around the "Zócalo" are already decorated.  The motif this year is the iconic, snow-covered volcanoes which rise to the east of the city. 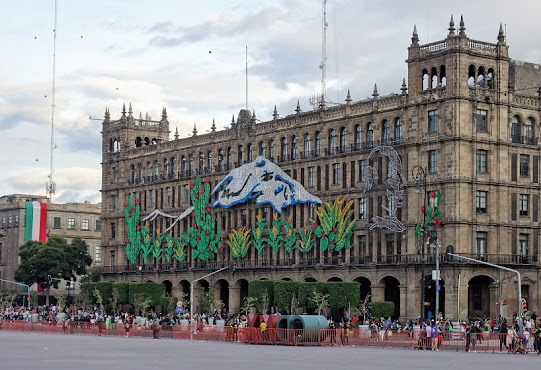 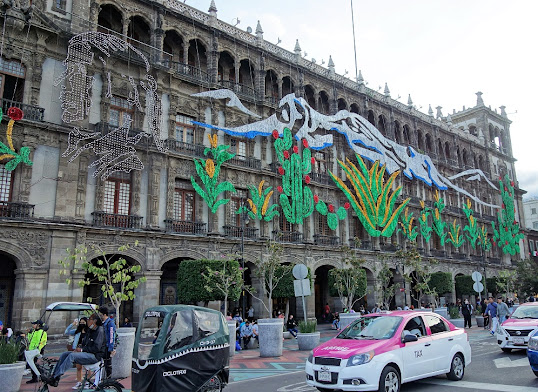 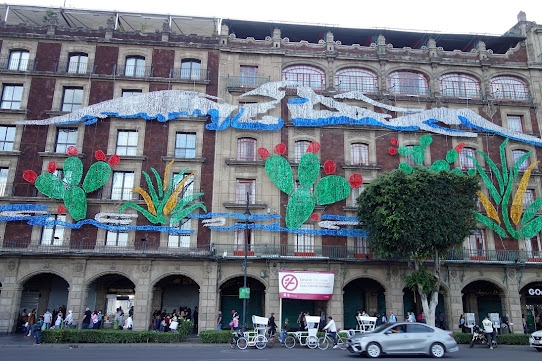 There are also portraits of the heroes of independence created from thousands of white light bulbs. 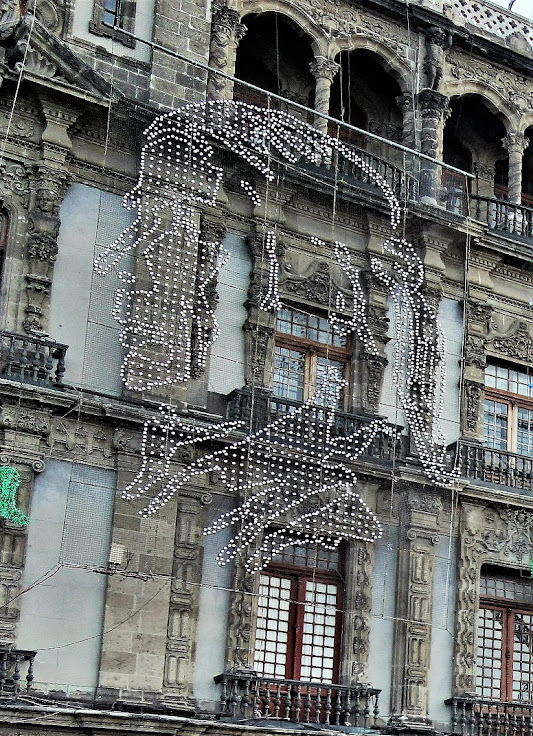 This coming Thursday, the plaza will be jammed with thousands waiting for the President to ring the independence bell.  It's comparable to Times Square on New Year's Eve, except the "Zócalo" holds an even bigger crowd.  Even when I have moved to Mexico permanently, I do not plan to join that crush of people on the eve of Independence Day.
Posted by Retired Teacher at 9:27:00 AM