The Passing of the Queen

There are those who would argue that the British monarchy is an irrelevant, anachronistic institution.  Yet for seventy years Queen Elizabeth II has been a constant, a symbol of continuity throughout the tumultuous years of the second half of the 20th century and the beginning of the 21st.  She is the only monarch of the UK that I have known in my lifetime.  She ascended to the throne in the year that I was born.  That fact struck home when, toward the end of the funeral service at Westminster Abbey, they played their national anthem.  For the first time in my life, I heard a live performance of "God Save the KING".

I woke up yesterday just a couple minutes before six in the morning.  I immediately turned to PBS on the television just as the Queen's coffin was being borne into Westminster Abbey.  I watched the funeral service, and while eating breakfast I watched the procession through the streets of London.  I had errands to run, and chores to do, but I kept the television on and continued to frequently take a moment to pause and watch the hearse as it made its way to Windsor Castle, and the second service at St. George's Chapel.

Here are a couple of photos that I managed to take during the broadcast of the service in Westminster Abbey... 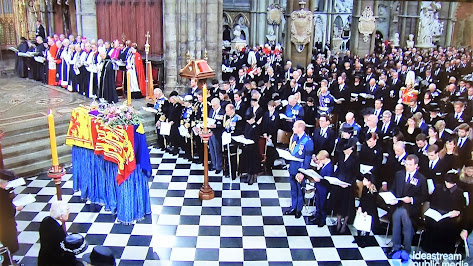 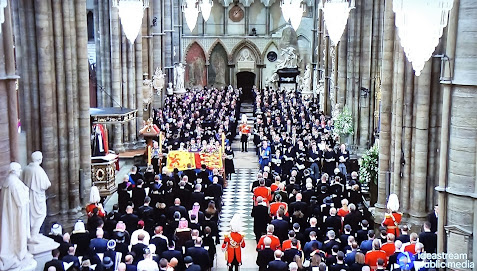 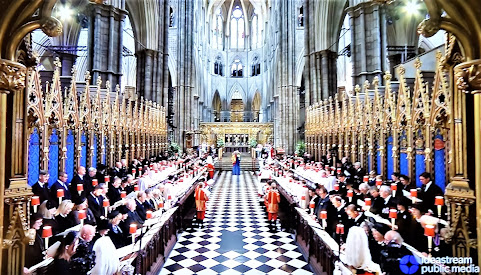 Rest in peace, Elizabeth.
Posted by Retired Teacher at 7:19:00 AM