On a recent trip downtown, I noticed that the buildings which house the headquarters of the "Banco de México" were decorated with banners of green, white, and red in anticipation of Mexican Independence Day on September 16th. 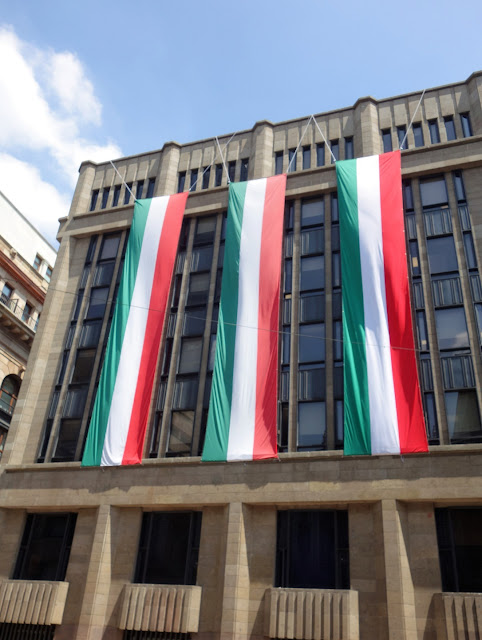 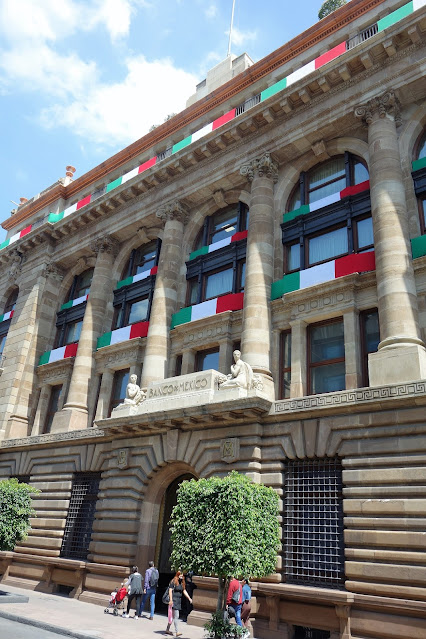 Green, white, and red are of course the colors of the Mexican flag.  They are the same colors as the Italian flag, but the shades of green and red are darker on the Mexican flag.  Originally the green stripe represented independence, the white represented religion, and the red strip symbolized the union of people of European and American blood.  That changed with the secular government of President Benito Juárez.  The green stands for hope, white stands for unity and the red represents the blood of the heroes who lost their lives in the fight for independence.
Posted by Retired Teacher at 7:16:00 AM