Return to a Favorite

I have written many times that one of our favorite places to eat in Mexico City is a chain of restaurants called "El Cardenal".  There were three branches downtown, including one on the Plaza Tolsá next to the National Museum of Art.  We frequently ate there because the line of customers waiting for a table was usually not as long as at the original location near the Cathedral.  Prior to the pandemic, that location closed.  A different restaurant moved in, but it received bad reviews and did not survive the pandemic.  Earlier this year I noticed that "El Cardenal" was returning to the elegant, old building on Plaza Tolsá.  On my last weekend in Mexico City, we saw that it was open once again, so we went there for dinner. 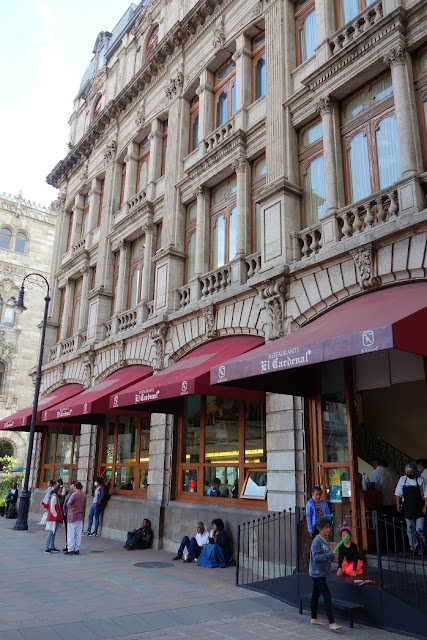 The restaurant was crowded, but we only had to wait about ten minutes for a table. 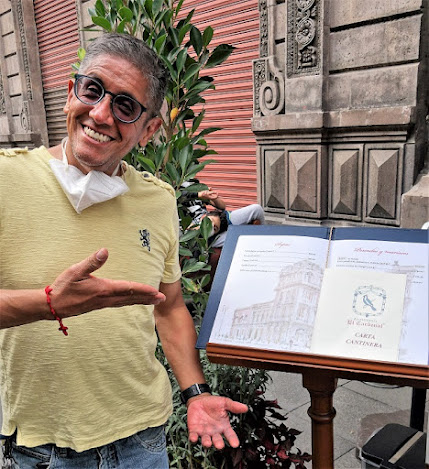 While waiting we checked out the menu at the entrance, but there really no question as to what we were going to order.  This time of year they offer a special menu featuring "chiles en nogada".

The three-course dinner begins with an "enchilada de huitlacoche".  "Huitlacoche" is what we in the U.S. call "corn smut", a fungus which grows on ears of corn and is considered a blight by farmers in most countries.  In Mexico, however, it is considered a delicacy comparable to truffles in France.  The enchilada was very good. 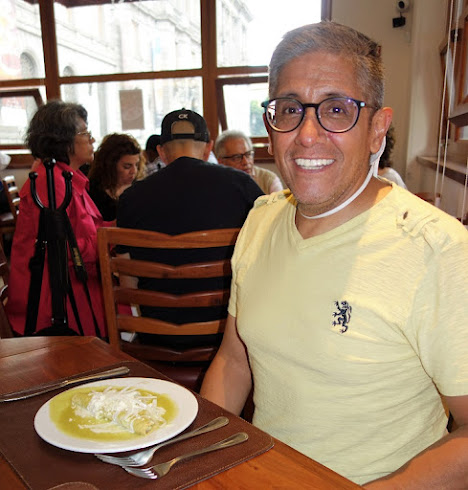 (You can't see the "huitlcoches", which are black, in this photo, since they are the filling of the enchilada.)

Then came the main course, the "chile in nogada", a poblano pepper stuffed with meat and fruits, covered with a cream walnut sauce and sprinkled with pomegranate seeds. 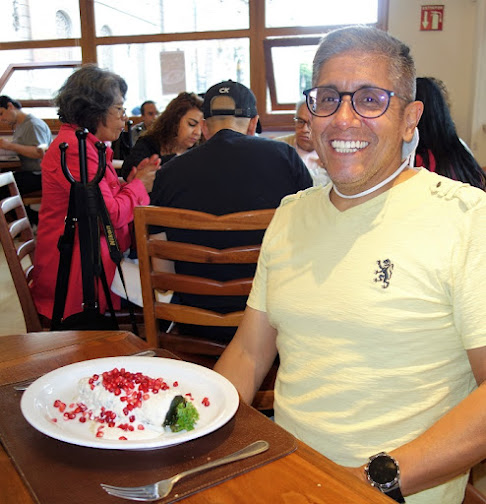 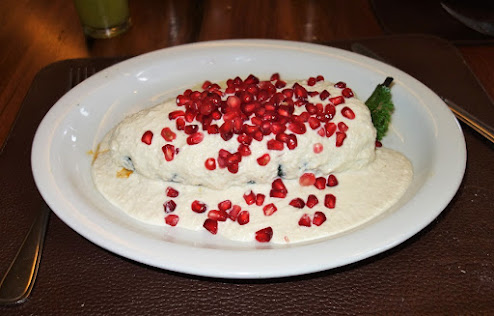 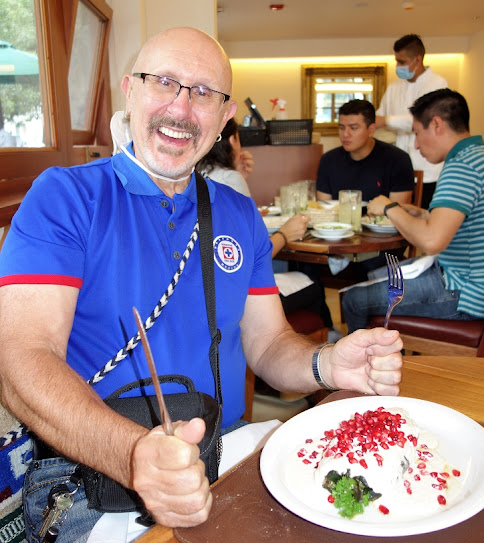 The "chile en nogada" at "El Cardenal", is perhaps not quite as good as at our favorite restaurant, "Angelopolitano".  (Unfortunately, we never made it there on this trip.)  However, it was still scrumptious!

For dessert they served "tuna" ice cream.  No, I am not talking about the fish.  "Tuna" in Spanish is the fruit of the prickly pear cactus.  The ice cream was topped with mezcal.  I am not a fan of mezcal, so I asked the waiter if I could have a different flavor.  I ordered instead "mamey" ice cream.  "Mamey" is a tropical fruit virtually unknown in the U.S. 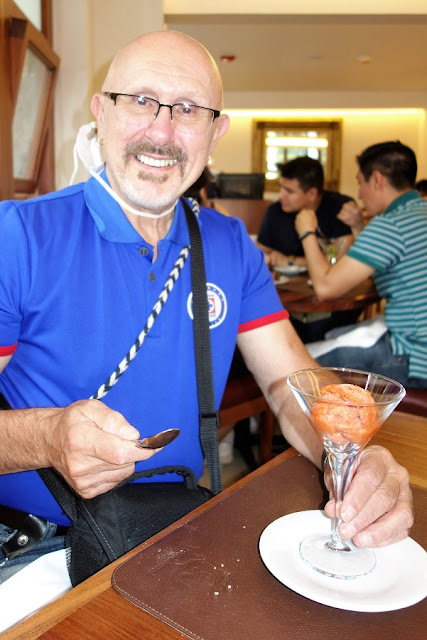 Throughout our dinner, we could hear the beating of drums outside.  Every weekend on the plaza "conchero" dancers gather.  The "concheros" honor their pre-Hispanic roots, dancing for hours on end to the hypnotic beat of the drums. 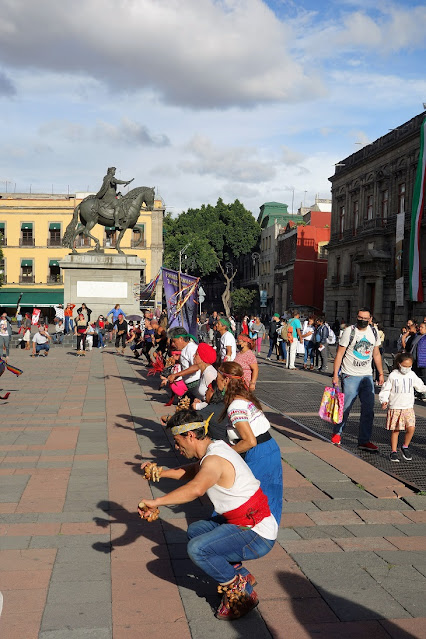 It was great to have an excellent dinner at the location where we had eaten so many times before.