Mexico City's "Centro Histórico" is chock full of history.  And although the downtown streets are lined with modern, international retailers, such as Levi's, Adidas, H&M and Zara (the Spanish clothing chain), there are numerous stores that have been here for a century or more and which are rich in history.  One such place is "La Palestina" on Cinco de Mayo Avenue. 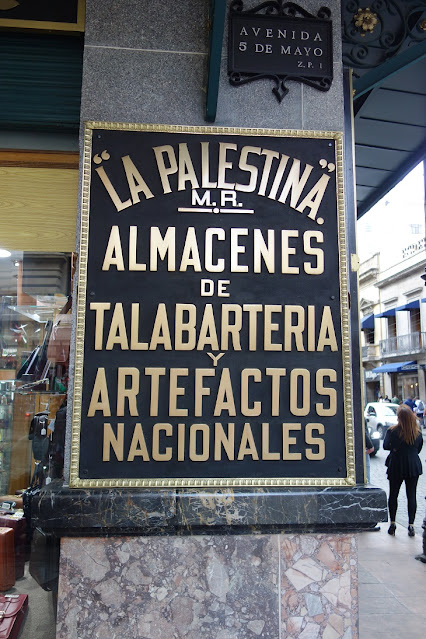 The store was founded in 1884 and began as a "talabartería"... a saddlery which catered to the needs of "charros", gentleman horseback riders.

I have passed this store numerous times, and always thought it was a very cool business that was obviously quite old.  However, it was not until Alejandro and I passed by here that I really paid attention to just how historic this place is.

The store still sells saddles and everything that a horseman would need. 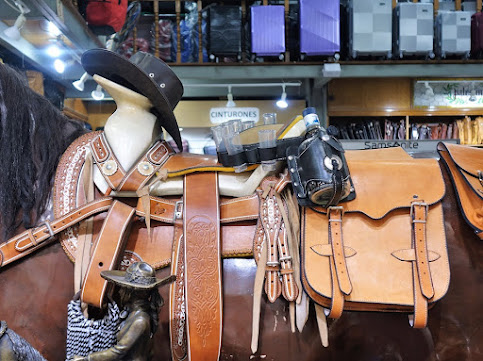 However, they expanded their merchandise to include a wide range of leather goods and luggage.  Alejandro told me that when he was a kid, his parents took him here and bought him a book bag for school.  (However, I'm sure they didn't buy him one of these leather satchels that cost over 3000 pesos.) 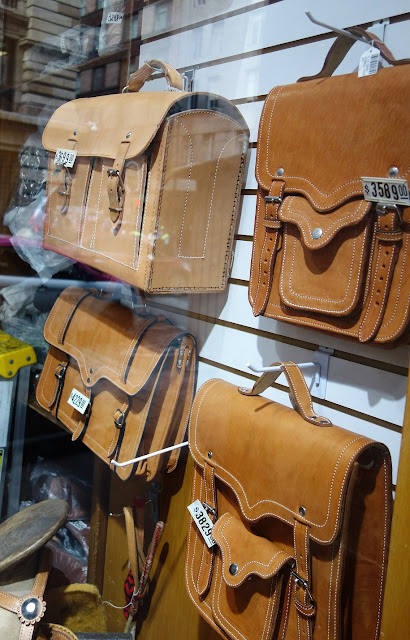 I am amazed that I never noticed this beautiful brass rail decorated with horses' heads and hooves.  It runs the entire length of the outside of the store. 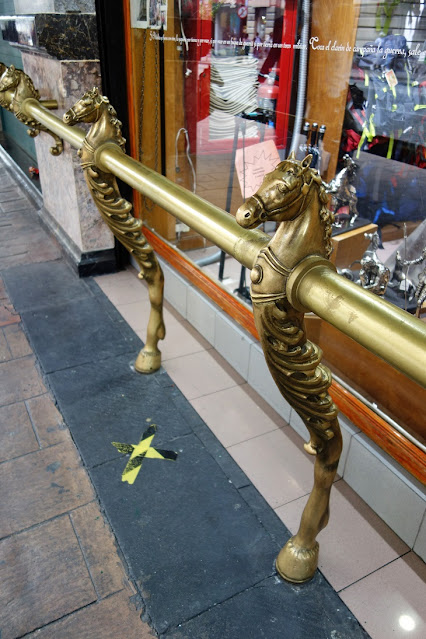 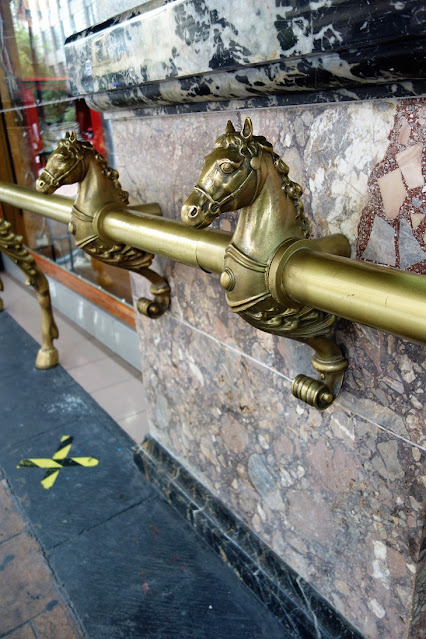 The rail was used for hitching the horses of customers who came in to buy saddles and other horse-riding equipment.
There is a magazine article in the shop window which discusses the store's history.  This hitching post is the only one remaining in the city.  During the Mexican Revolution, Pancho Villa and Emiliano Zapata shopped in this store when their armies marched into Mexico City in 1914, and they hitched their horses here. 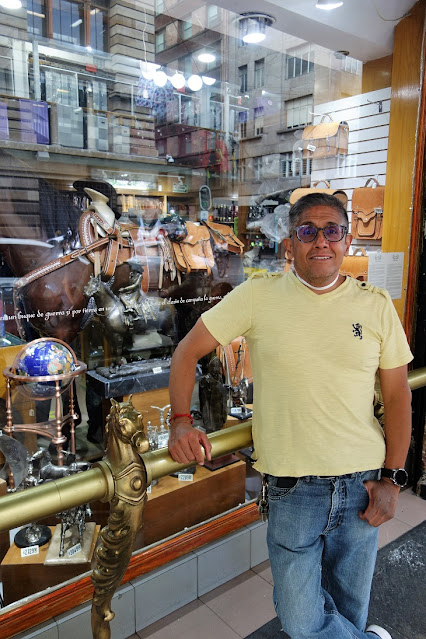