Indigo Lake and Beyond

While I was in the Cuyahoga National Park on Tuesday, I made another stop just a short distance from the covered bridge which was the subject of yesterday's entry.  A sign along the road directed to me to the parking lot for Indigo Lake.

Just beyond the parking lot is a train stop for the Cuyahoga Valley Scenic Railroad. 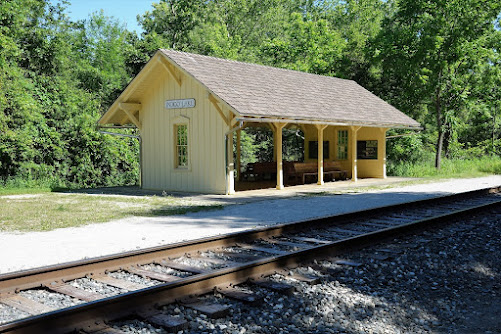 This train traverses the length of the national park, leaving from the suburbs of Cleveland and going more than fifty miles to Akron to the south.  I traveled on the train the summer before the pandemic, and you can read about it HERE.

From the train station a short trail leads to Indigo Lake. 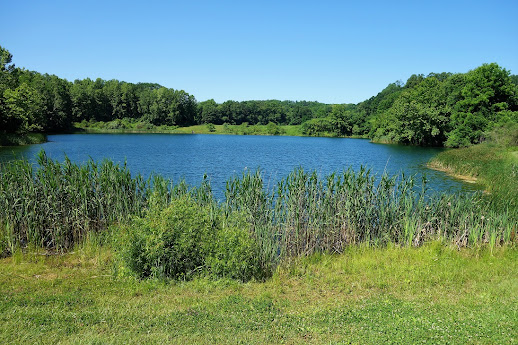 Indigo Lake was originally a sand and gravel quarry that operated from 1955 until 1970.  After the land was acquired by the National Park, ground water was allowed to fill the quarry.  The newly formed lake was stocked with fish, and today it is a popular fishing spot.
From Indigo Lake, I continued along the paved path, a pleasant walk through the forest. 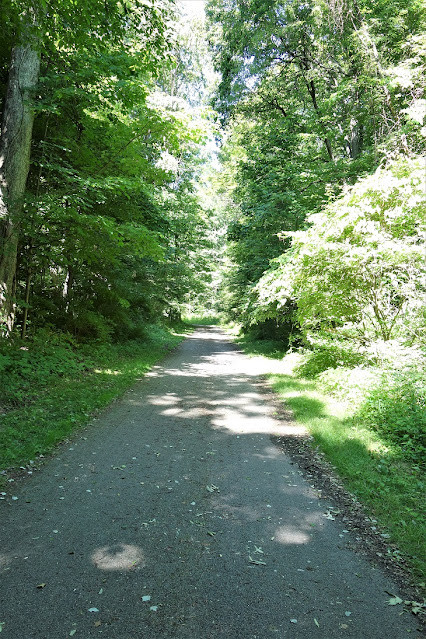 Wild flowers along the trail... 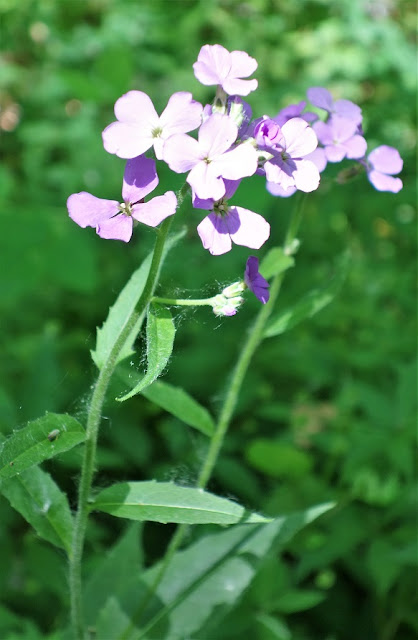 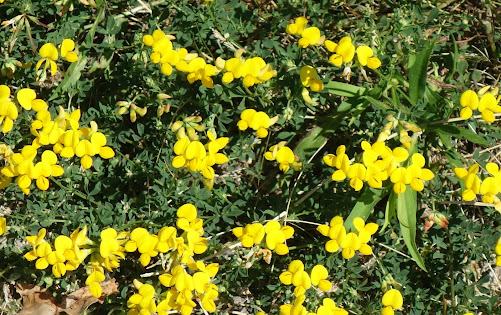 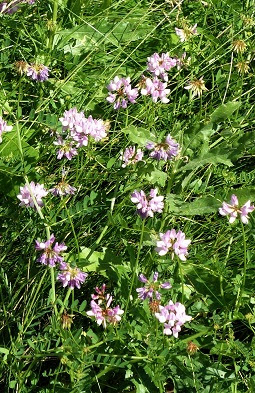 This flower looks a bit like Queen Anne's Lace, but since it was growing on a tall bush, it has to be something else. 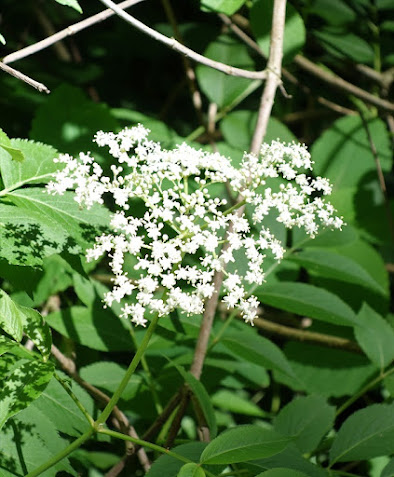 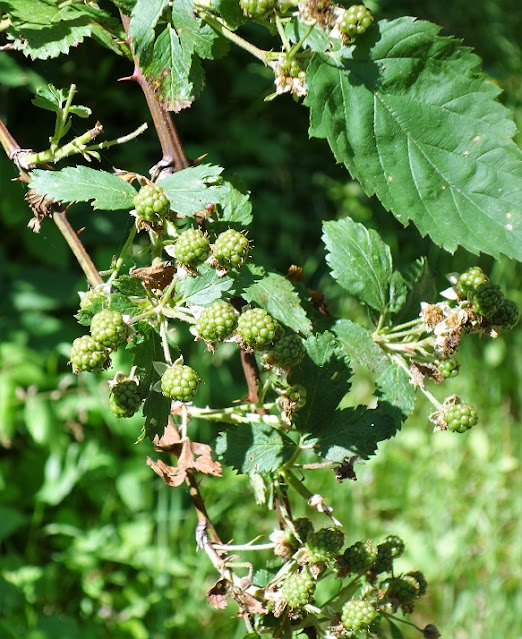 The trail continues for three quarters of a mile and ends at Hale Farm and Village.  The homestead of Jonathan Hale was purchased in 1810, and the brick farmhouse dates back to 1825. 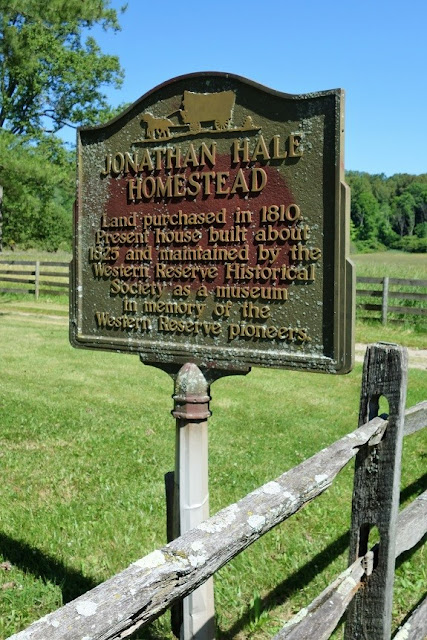 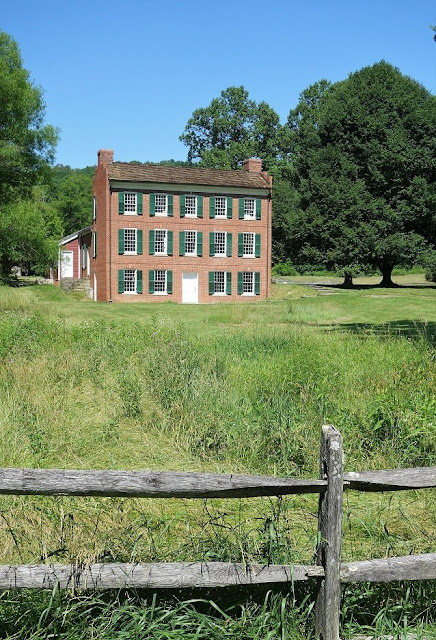 In 1958 the Western Reserve Historical Society was given the property by a descendent of Jonathan Hale.  The Society has moved historic buildings from throughout northeastern Ohio to the site to create a living museum of life in the state in the first half of the 19th century. 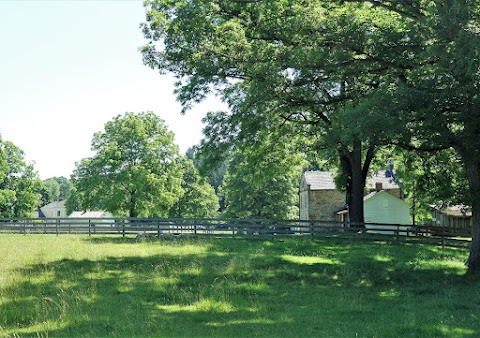 The museum is closed on Tuesdays, the day that I took this hike, but I visited Hale Farm and Village several years ago.  You can read a blog post about it HERE.  I hiked back along the trail to my car.  However my exploration in the Cuyahoga Valley National Park was not over.
Posted by Retired Teacher at 6:15:00 AM