Every time that I go to a summer concert of the Cleveland Orchestra at the Blossom Music Center, I go through the Cuyahoga Valley National Park, and I always pass the turnoff for the Everett Road Covered Bridge.  On Tuesday, when I went to the farm market, I decided that I was finally going to make a stop to see the bridge.

I turned off the road and into a parking lot.  From there I hiked a short trail to the bridge. 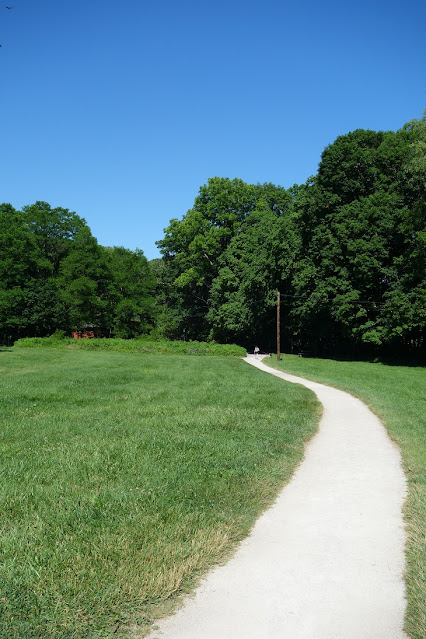 Covered bridges were very common in the nineteenth century.  The roof and sides protected the wooden floor of the bridge from the elements.  Ohio led the nation at one time with more than 2000 covered bridges.  By the 1880s more durable iron bridges began to replace the covered bridges.

The Everett Road Covered Bridge, which crosses Furnace Run Creek, is the only one remaining in Summit County, Ohio.  Everett Road was rerouted around the site, and now the only traffic using the bridge are visitors to the park, hikers and horseback riders traversing the trails. 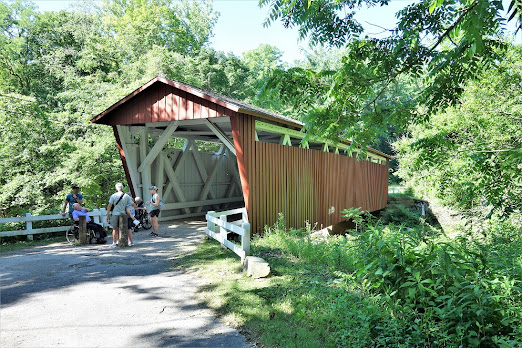 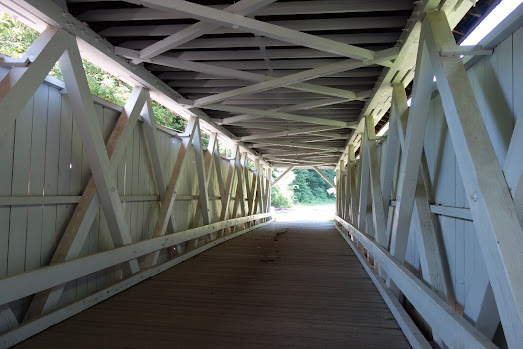 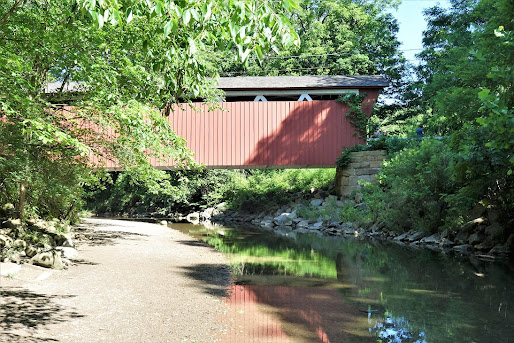 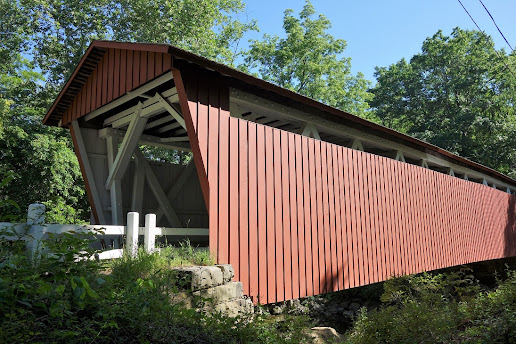 The exact date of the bridge's construction is uncertain, but it was probably built sometime in the 1870s.  The bridge was damaged in a flood in 1913.  However, it was repaired and continued to be used by horse-drawn carriages and wagons, and even automobiles.  Then in 1975, a storm destroyed the bridge.  Schoolchildren, local citizens, private organizations and government agencies raised money to rebuild an historically accurate replica of the original bridge.  The new bridge was completed in 1986.  Today it is a popular site for visitors to the national park.
Posted by Retired Teacher at 6:38:00 AM