I have done of number of entries on this blog featuring the street art of Mexico City.  Here are some more random photos that I have taken in different parts of the city... 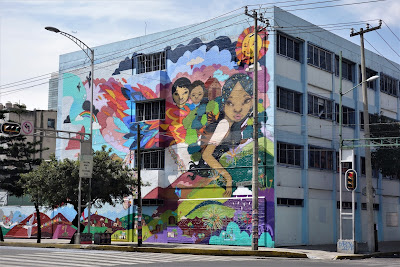 The wall of a middle school along Cuauhtémoc Avenue 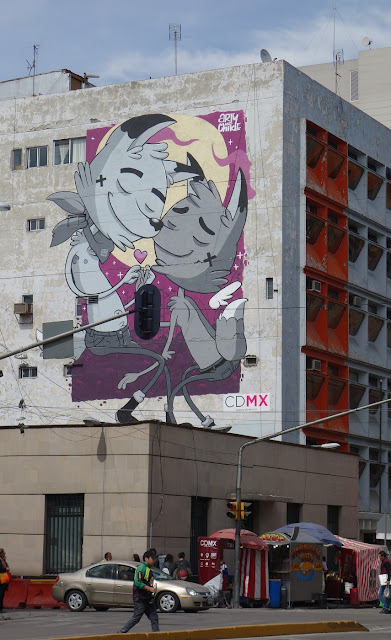 Another building just down the street 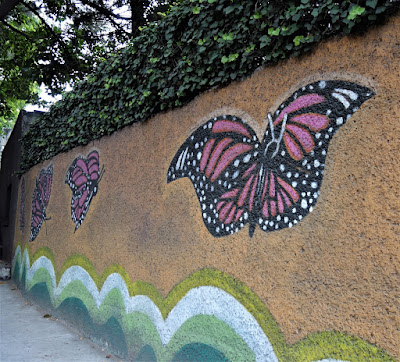 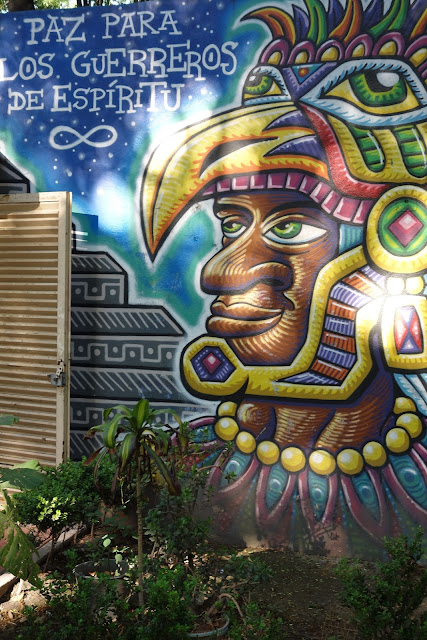 The restroom in Parque México in the Condesa neighborhood 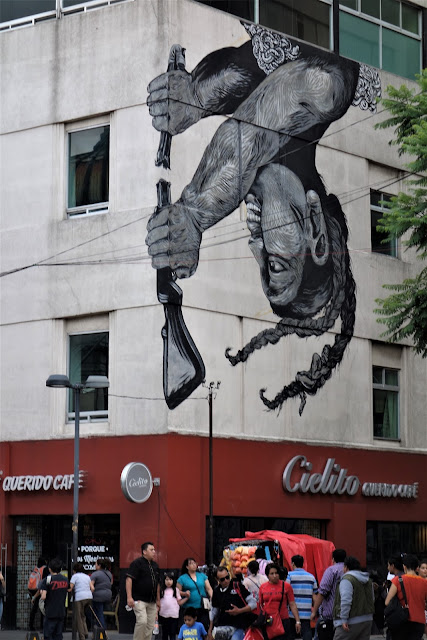 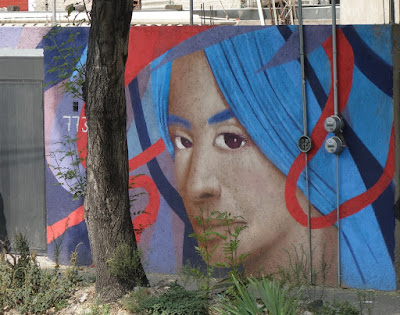 Across from the Andrés Molina Metrobus station 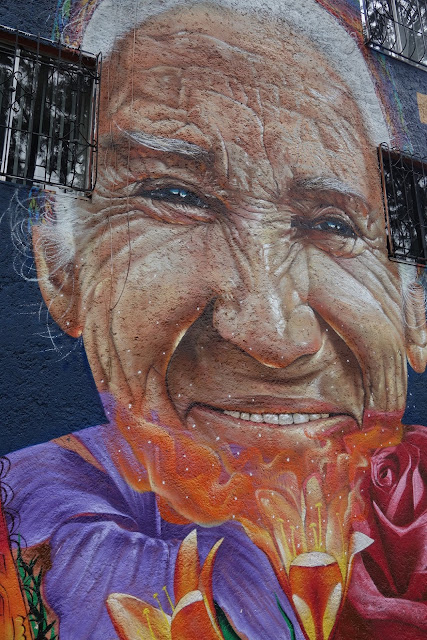 In the Guerrero neighborhood

This mural isn´t along the street, but inside the Insurgentes Metro Station.  Here the painters José Clemente Orozco, Frida Kahlo and Diego Rivera have a shot of tequila. 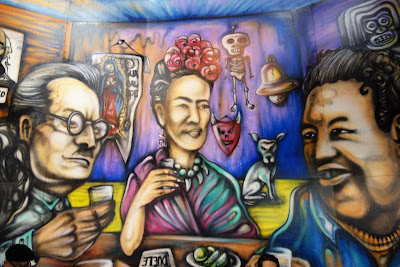