Yesterday afternoon I walked down the "Ecoducto" as far as Medellin Avenue, one of the principal streets of the neighborhood of "Roma Sur".  I remembered that there is a pretty good Caribbean restaurant just off of Medellin, so I headed that way for lunch.

I reached the Medellin Market.  This area is the heart of the Colombian, Venezuelan, and Caribbean communities in Mexico City, and the eateries surrounding the market reflect that. 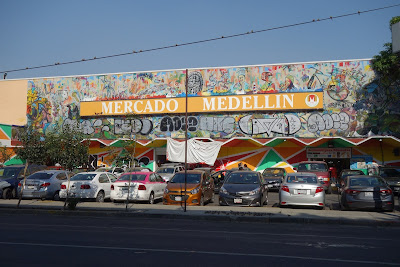 I passed by the Caribbean restaurant where I had eaten a couple times before.  One of the main attractions of that restaurant was its owner, a delightful lady from Haiti.  I saw no sign of her however, so I decided to try someplace new.

On the corner there was a Spanish restaurant, and I went inside. 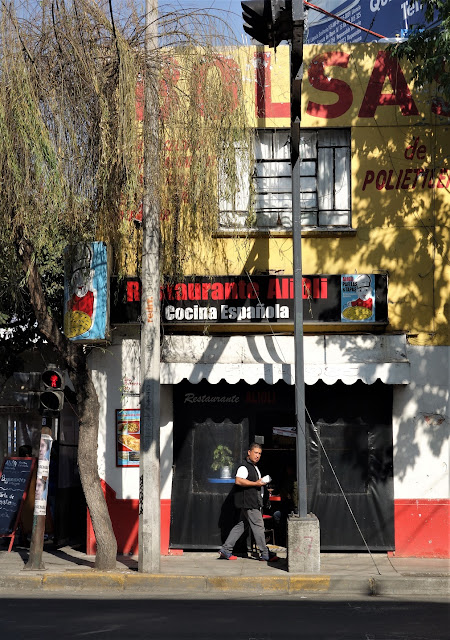 It's a tiny hole-in-the-wall place.  The entire staff consists of two people, the waiter and the owner / chef. 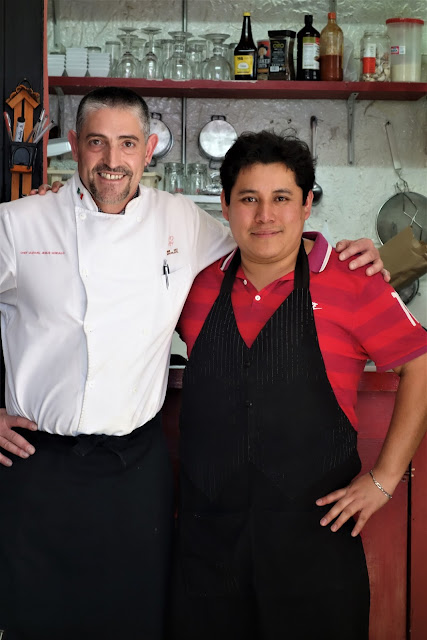 The owner hails from the city of Badajoz in the Spanish province of Extremadura.  We chatted a bit about places in Spain that I had visited.  The atmosphere and service were very friendly... unfortunately that was the best thing about the place.  The menu slanted heavily toward shellfish... something which I don't care for.  So I ordered "patatas bravas", a spicy potato dish. 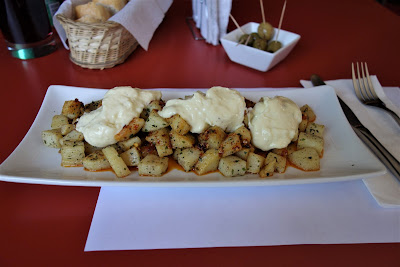 They were tasty... very spicy... but the chef was quite heavy-handed with the globs of mayonnaise. 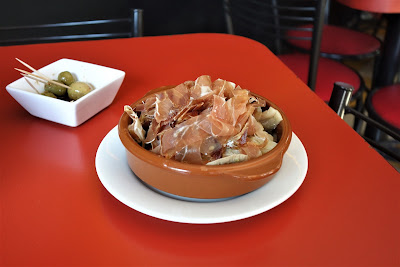 The meal wasn't bad, but it certainly was not by any means the best Spanish food that I have had.  But it was something different.
Posted by Retired Teacher at 9:06:00 AM