Ironically, on Thursday, just a day before we felt a strong tremor here, I went back to the Condesa neighborhood to see again one of the areas badly hit by last September's quake.

Prior to renting the condo where I stay now, I had rented numerous times an apartment on Amsterdam Avenue in Condesa.  The first reports I heard were that the building had been damaged but was repairable.  When I passed the building on Thursday, I saw this sign... 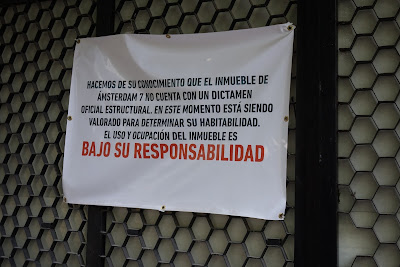 Loosely translated it says, "We wish to inform you that the property of Amsterdam 7 does not have an official structural judgement.  At this time it is being evaluated to determine its habitability. The use and occupation of this property is AT YOUR OWN RISK."

That does not sound good.

Two doors down the street is another apartment building that was heavily damaged.  It now looks completely gutted, but there are men working in the building.  One of the workers told me that they are repairing it. 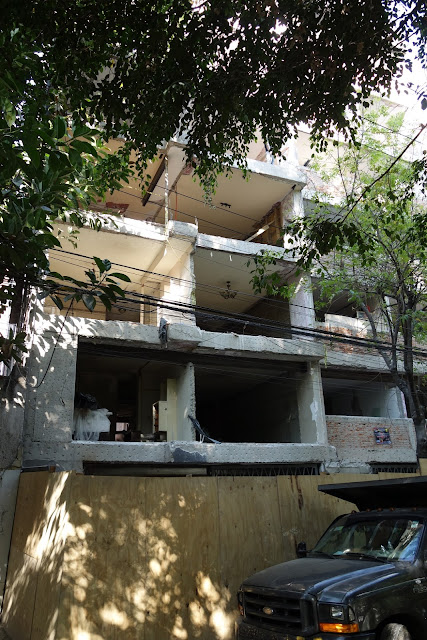 Just a couple blocks away was one of the collapsed buildings that was shown on the news reports at that time.  Over 40 people lost their lives here.  The last of the rubble is still being cleared away. 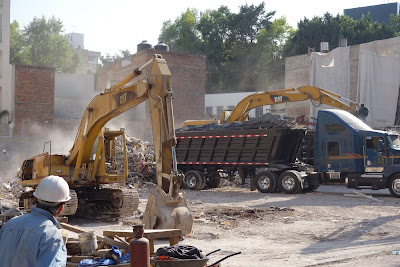 I saw this sign in front of a damaged apartment building... 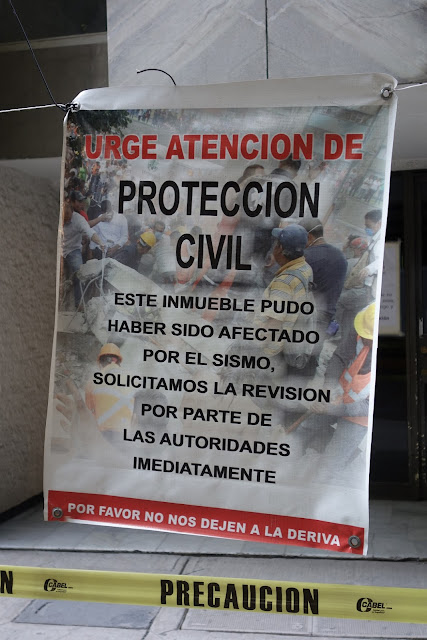 The residents of this building are urging the Civil Defense to inspect it to determine how badly it was affected by the earthquake.  "Please do not leave us adrift."

While I am sure that the work to be done by authorities after the earthquake was overwhelming, it seems that after five months people should know whether or not their homes are habitable.