Chocolate, that glorious substance which so many of us love and crave, originated in Mexico.  There is evidence of its consumption as a beverage going back to 1900 B.C. in southern Mexico.  The Aztecs used cacao beans as currency, and our word comes from the Aztec language... xocolatl (bitter water).

One of the best chocolate companies in Mexico, and one of the very few that has not been bought out by international firms such as Nestle, is Mayordomo.  The company is based in Oaxaca, and they also have a restaurant specializing in Oaxacan cuisine there.  A few years ago when I visited that southern Mexican city, I went to their restaurant, and the food was very good.  So I was very pleased to discover, while looking at Google maps, that Mayordomo has a chocolate shop and restaurant right here in Mexico City.

This afternoon I took the subway to the "Isabel la Católica" stop at the edge of the city's historic center.  That stretch of Isabel la Católica Street is away from the main tourist area, and, with an abundance of graffiti on the buildings, looks rather scruffy.  After a couple blocks I reached Mayordomo. 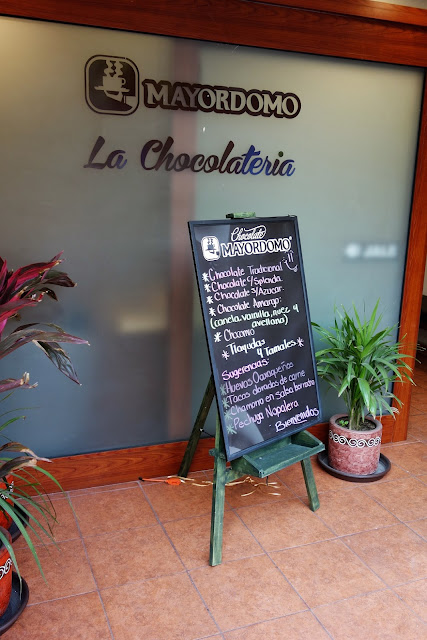 It is a small place.  It's not very fancy but is clean and modern.  My waitress said that it has only been open for about a year.

Of course, for a beverage I had to have traditional Mexican hot chocolate.  The waitress came to my table with a clay jar of chocolate, spun the wooden "molinillo" between her hands to whip up a foam, and poured the elixir into my cup.  Yum! Yum! 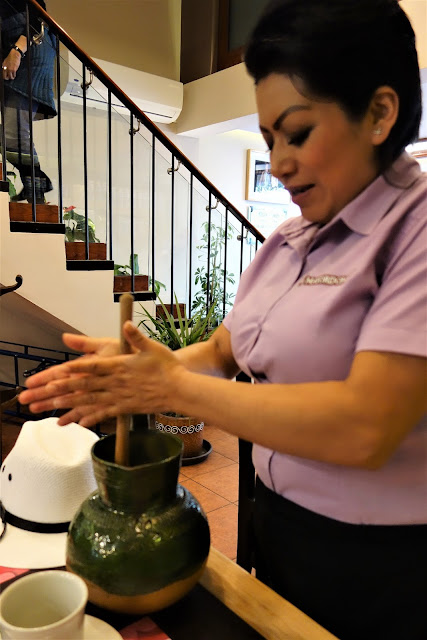 I started my meal with "sopa oaxaqueña", a nice soup of chicken broth, "calabacitas" (the equivalent of our zucchini), mushrooms, kernels of corn and Oaxacan cheese. 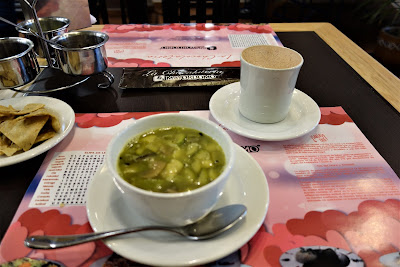 For my main course I had the "king of Oaxacan moles"... black mole served over chicken breast.  The mole was very good.  A basket of tortillas were served with it.  (Tortillas are a "must" with mole to sop up the extra sauce!)  They were obviously home made and were thicker than the typical tortilla. 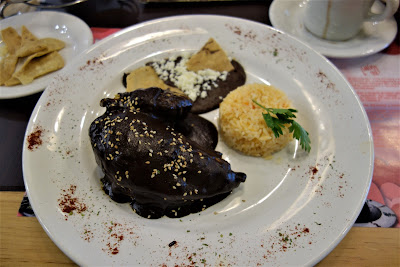 It was a very good meal, and the price was very reasonable.  The entire meal cost just 205 pesos... a little over ten dollars.  I was the only gringo in the place.  I suppose that if the restaurant were a few blocks closer to the main tourist area, it would attract a lot of foreign visitors.  But of course the prices would probably be higher then... so I am fine with the fact that it is in a slightly sketchy neighborhood.  I will add this place to my list of places to eat in the "Centro Histórico".

Believe it or not, my primary reason for coming here was not to eat, but to buy chocolate.  I bought several boxes of the "clásico" table chocolate so that I can make genuine Mexican hot chocolate at home! 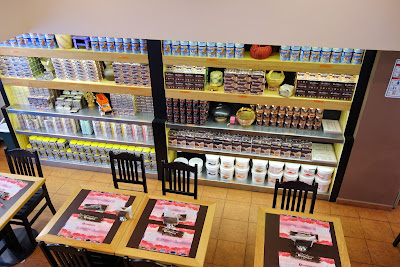