On Saturday, Alejandro and I went to the swank neighborhood of Polanco.  The newest and glitziest area of Polanco is Plaza Carso, a development that was backed by billionaire Carlos Slim, one of the richest men in the world.  It is centered around the Soumaya Museum, a striking, modern structure which houses Slim's art collection. 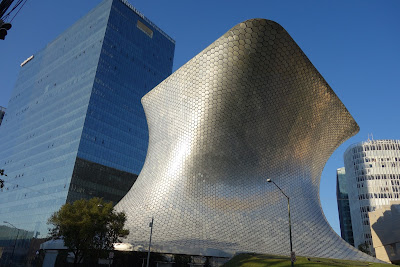 The Plaza Carso area also includes office and apartment towers, a theater (currently featuring a Spanish-language version of "The Lion King") and a couple of shopping malls, one of them anchored by Saks Fifth Avenue.

Alejandro and I came here to visit the latest addition to Plaza Carso, the Imbursa Aquarium. 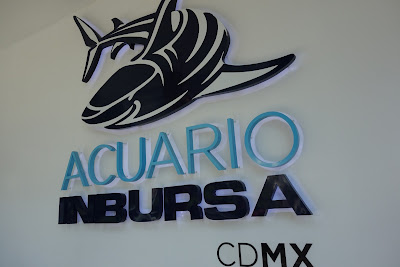 The aquarium is sponsored by Imbursa, a Mexican banking and insurance company.  The exhibits are all underground; you take an elevator three floors below street level as if you were descending beneath the sea.

You exit the elevator at the lowest level where you find an enormous tank filled with a large variety of ocean fish, including a several kinds of sharks and rays. 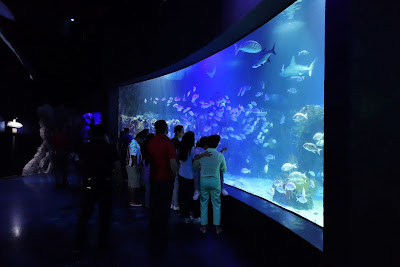 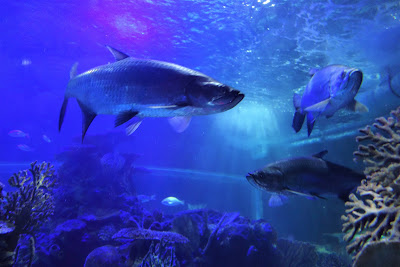 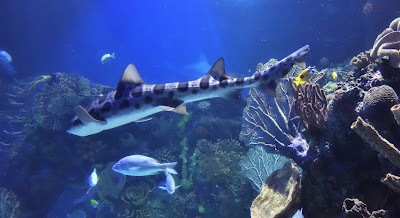 From there you head to the levels above where you find smaller tanks exhibiting
everything from jelly-fish to sea horses to colorful tropical fish to fresh water fish. 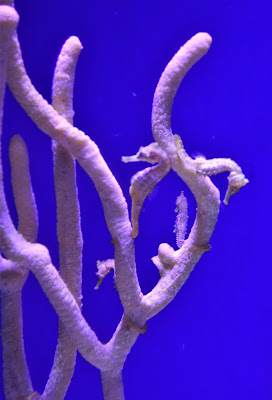 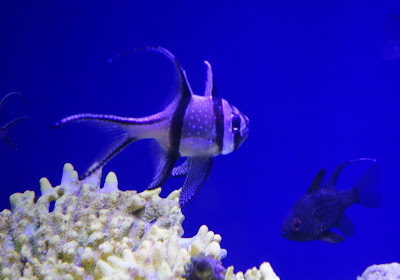 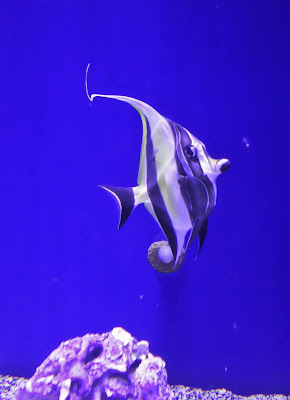 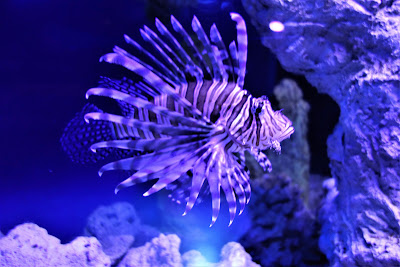 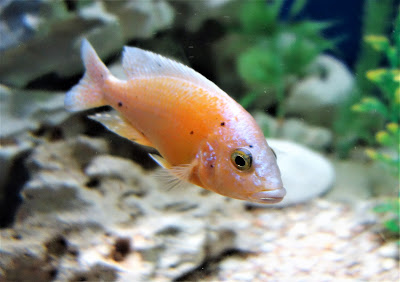 There are also penguins, and a few amphibians and reptiles.  I have not been to many aquariums, so I cannot really rank the quality of the place.  However I enjoyed my visit there.

One rare and strange amphibian on display is the axolotl.  The axolotl is native to the lakes of the Valley of Mexico (where Mexico City is located).   Because those waters have either been drained away, or are polluted, the axolotl in the wild is near extinction. 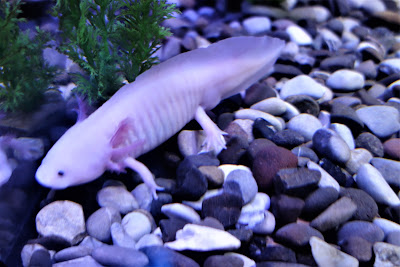 The animal is unusual because it can regenerate injured body parts and organs.  Unlike most other amphibians, axolotls usually retain their gills for their entire life and remain aquatic.  (It would be as if a tadpole grew legs but never developed into a frog.)

While viewing the axolotl, I could not help but remember a short story by the Argentinian author Julio Cortázar which I read in college.  In that story, the narrator visits an aquarium.  He becomes obsessed with the axolotl that he sees.  He stares into the amphibian's eyes until finally, the narrator becomes an axolotl.

I did not stare into the axolotl's eyes!