I am quite familiar with the Mexico City neighborhood known as "Roma" because the apartment where I used to stay was close by.  The area was once countryside on the outskirts of Mexico City until the early 20th century when it was developed as an elegant neighborhood of European-style buildings.  Today Roma is experiencing a renaissance as a hub of fine dining and art galleries. 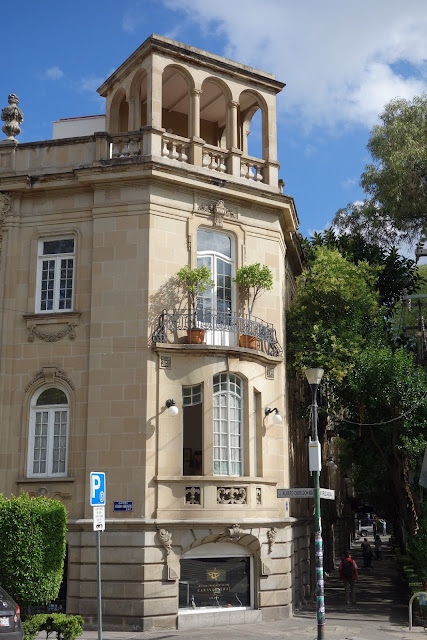 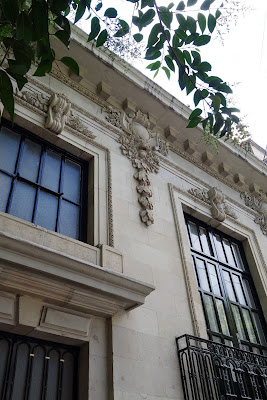 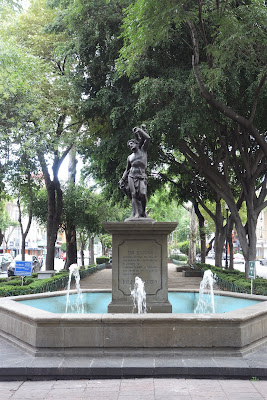 However, there is one tiny section of Roma with which I was not familiar, and which is much older than the rest of the neighborhood.   It is known as "Romita" (Little Rome).  This miniscule neighborhood within a neighborhood dates back to Aztec times.  It was then a village called Aztacalco located on an island in the shallow lake which surrounded the Aztec capital of Tenochtitlan.  By the 1700s the lake had been drained, and the village sat near one of the main roads between Mexico City and Chapultepec.  It came to be known as Romita.

As Mexico City expanded westward into the formerly rural area, Romita became incorporated into the new neighborhood of Colonia Roma.  The villagers resisted redevelopment, and Romita remained a very distinct pocket within the affluent new "colonia".   It was much poorer than the rest of Roma, and came to be feared as a hotbed of thievery.

In 1950 portions of the famous movie "Los Olvidados" ("The Forgotten Ones") were filmed here.  The movie was a bleak drama dealing with the gangs and crime among the youth of the city's slums.  A plaque in Romita commemorates the filming of the movie. 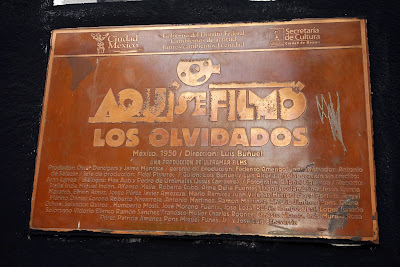 Today Romita is neither especially poor nor dangerous, but these few blocks remain very distinct from the rest of Roma.  The tranquility of its narrow streets, alleys and hidden corners seems far removed from the big city. 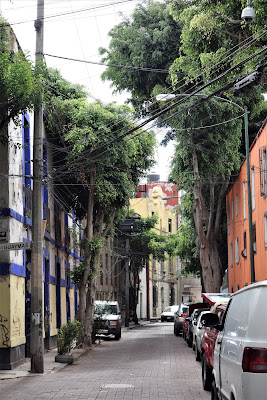 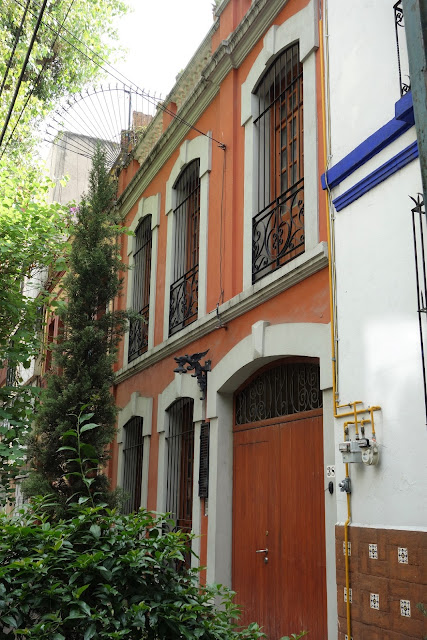 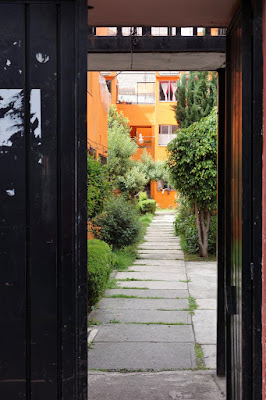 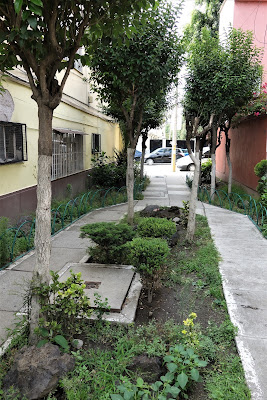 In the center is the pocket-sized Plaza de Romita. 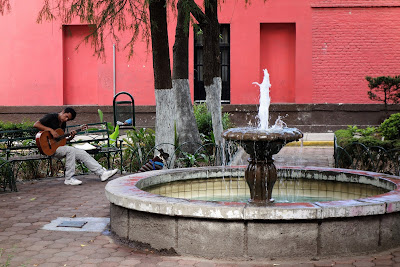 Facing the plaza is the Church of Santa María de la Natividad Aztacalco which dates back to 1530.  It served as a parish church until 1962 when it was designated as simply a chapel. 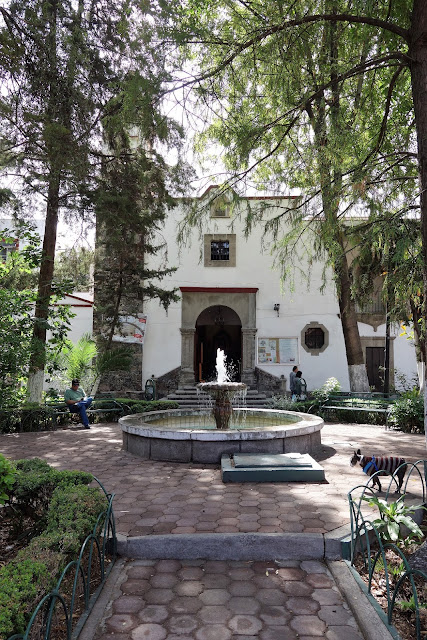 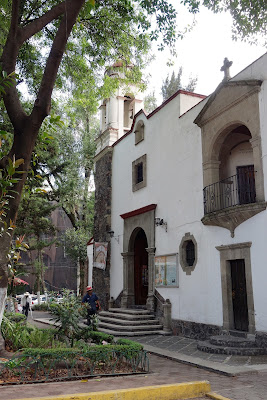 The crucifix at the altar is said to have been sent to Mexico in the 16th century by the King of Spain. 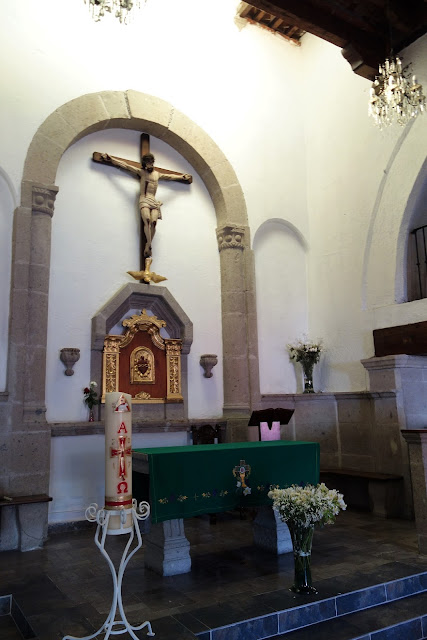 I don't know if the wooden beams of the ceiling are the originals, but they certainly give the church a very ancient look. 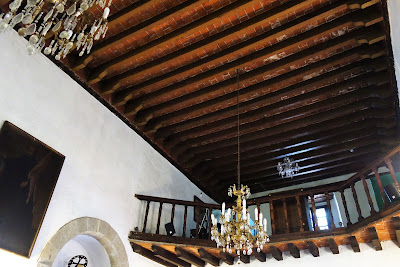 Mexico City is well known for its street art.  Throughout the city you will find paintings on the walls of buildings.  But I would dare say that little Romita has the highest concentration of street art.  The walls along the alleyways have become a canvas for local artists. 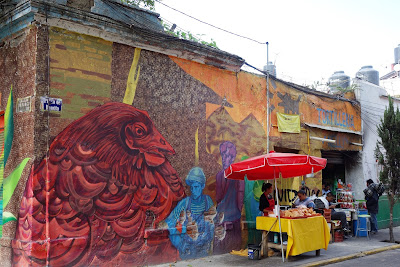 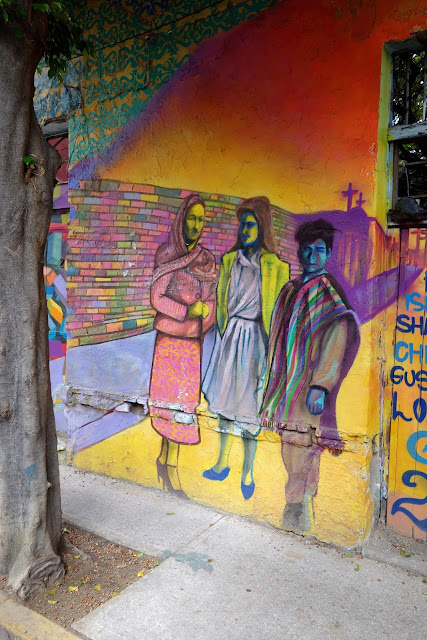 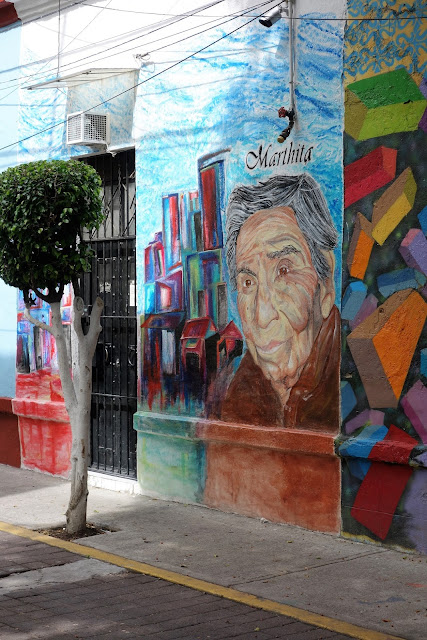 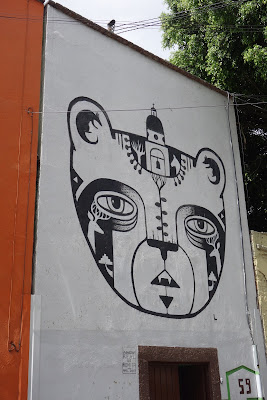 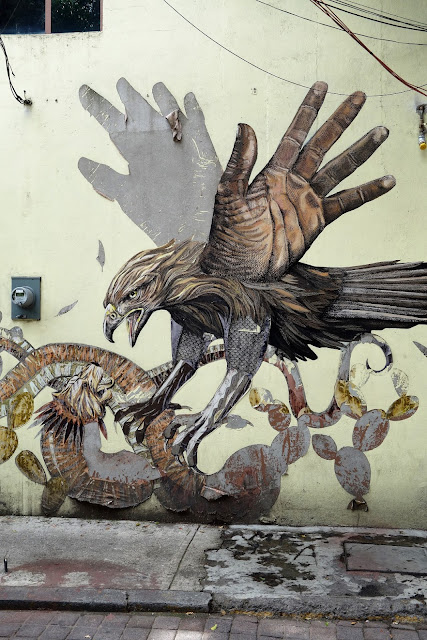 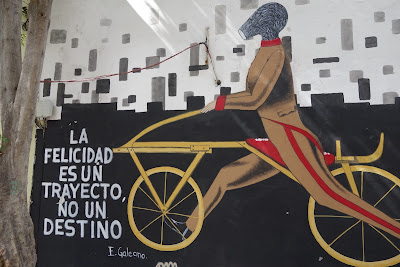 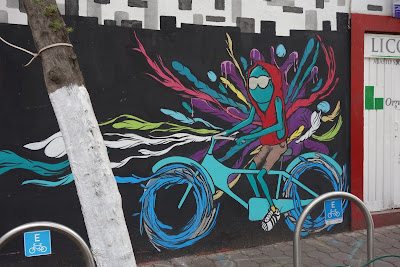 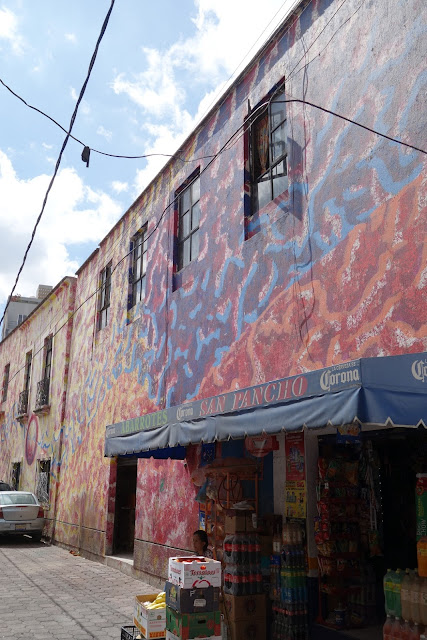 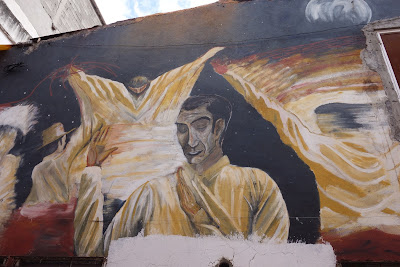 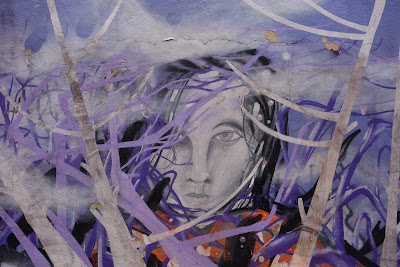 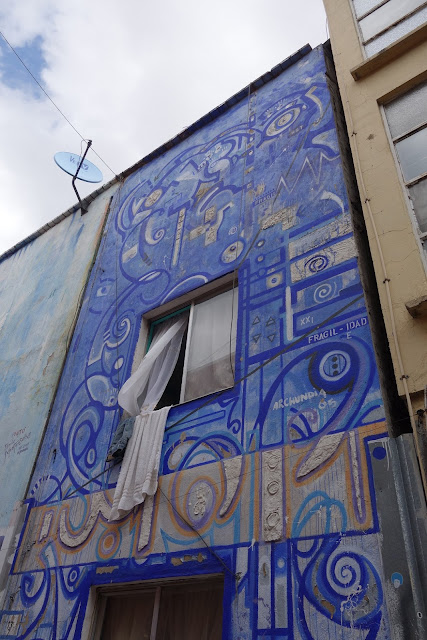 Romita is a hidden corner of Mexico City that is well worth seeking out.