Trekking Down Insurgentes Avenue (Part One)

Just a couple blocks from my apartment is Mexico City's longest thoroughfare, Insurgentes Avenue.  It runs for nearly eighteen miles from the far north of the city to the far south.  Practically the entire length of the avenue is covered by Mexico City's first Metrobus line, and I have traveled up and down Insurgentes on the Metrobus innumerable times.

Yesterday however I walked three of those eighteen miles, so come along with me for a trek down a portion of Mexico City's longest avenue. 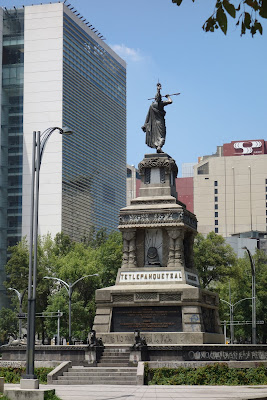 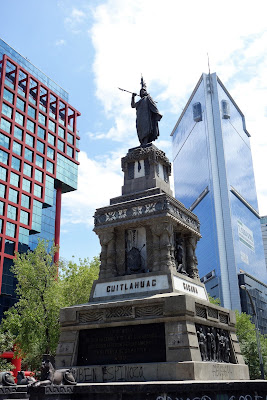 One of the relief carvings on the pedestal depicts the torture of Cuauhtémoc by the Spanish.

In an attempt to learn the whereabouts of hidden Aztec treasures, the conquistador Hernán Cortés had the emperor's feet held over red-hot coals.

On the corner of Insurgentes and Reforma is this modern office tower which was recently completed. 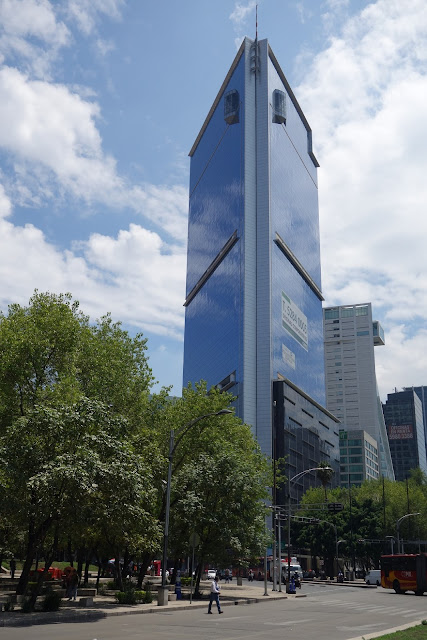 Heading south along Insurgentes, the avenue runs along the border of the area known as the Zona Rosa.  The Zona Rosa was once the most elegant district in the city for shopping, dining and nightlife.  Although it is still frequented by tourists, the Zona Rosa has lost its luster.  Fast food chains outnumber gourmet restaurants, and upscale shopping has moved to other neighborhoods.

As part of an attempt to rejuvenate the Zona Rosa, the city is tearing up and repaving its streets.  This project has been going on for what seems like forever, and I am sure that the businesses in the neighborhood are incensed by the disruption. 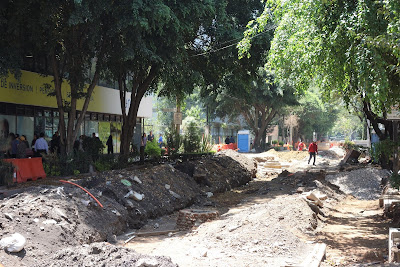 Amidst all the construction, this beautiful, old mansion stands along Insurgentes.  I wonder what the story behind it is.  It is not occupied, yet it is still maintained in good condition. 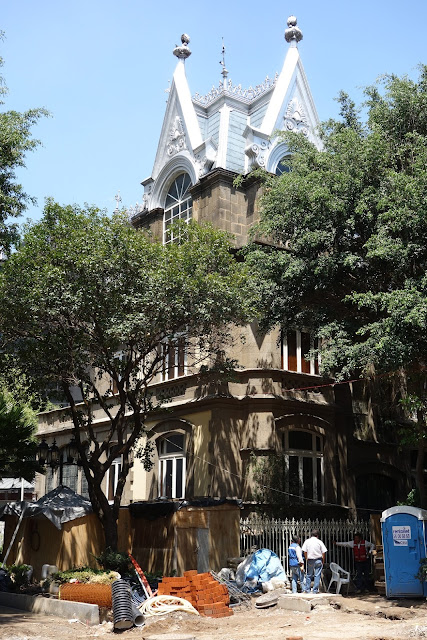 Adjacent to the mansion, this building with what was once a beautiful tile façade, is not as fortunate.  It is abandoned and defaced with graffiti. 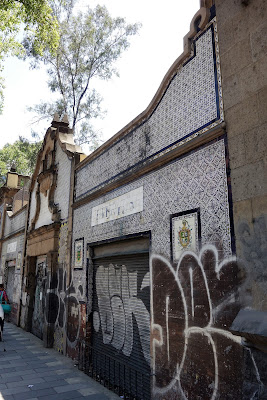 Amidst the shiny, new architecture you will see derelict buildings such as this. 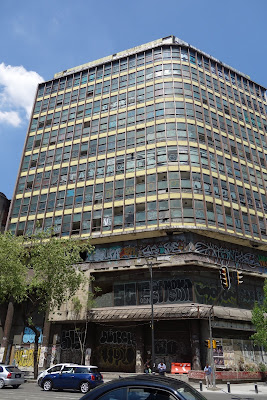 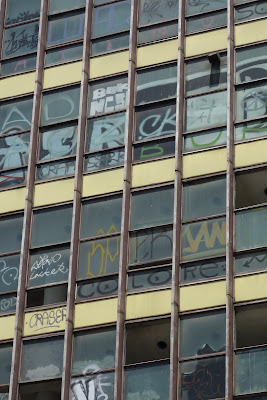 I am not sure about this particular building, but in many instances these are structures which suffered damage in the 1985 earthquake.  Given the high property value of this location, as well as the building boom that is going on in Mexico City, it is surprising that it has not been demolished and a new skyscraper built.

Continuing a couple blocks there is a large "glorieta" or traffic circle where Insurgentes crosses Chapultepec Avenue.  Within the circle, below street level, there are many businesses as well as the Insurgentes subway station (below) and a Metrobus stop. 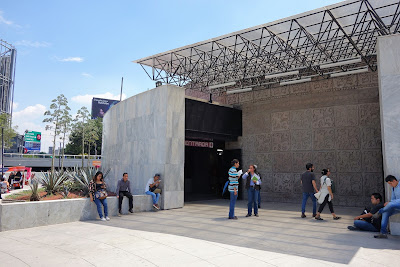 It is a very busy spot, but has become rather shabby.  Here again renovation work is going on.  Hopefully after work is finished the "glorieta" will be as attractive as it was when it was built in 1969. 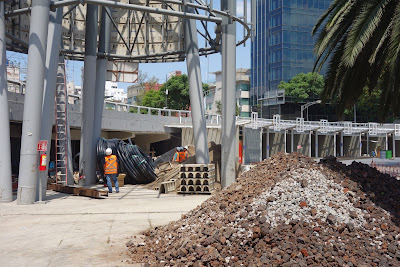 Beyond the "glorieta"  we enter the neighborhood of Roma Norte.  For several blocks Insurgentes passes a busy but not especially attractive commercial area.  Then we come to the intersection with Avenue Alvaro Obregón, Roma Norte's main street. 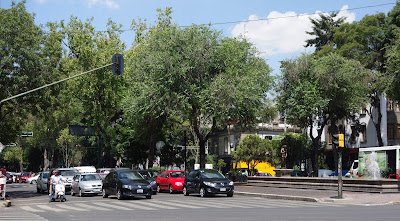 Something new is being built at the corner of the two avenues. 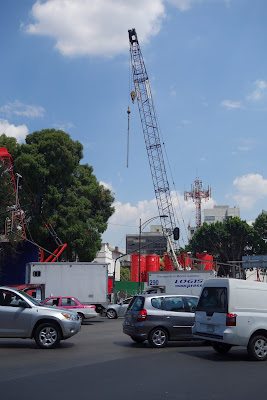 Tree-lined Alvaro Obregón, with its fountains and classical statuary, has an abundance of all kinds of restaurants.  (In other posts I have mentioned that the neighborhood is now one of the city's top dining areas.)  I think it's time to stop and have lunch.  I will continue our walk down Insurgentes in another post. 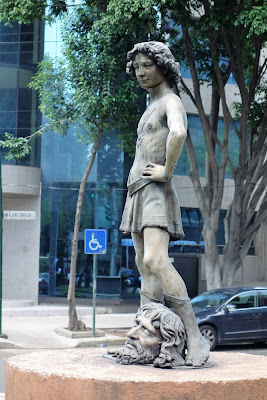