On Wednesday I added one more to my list of Mexico City museums that I have visited.  I went to the "Museo Numismático Nacional"... the National Numismatic Museum... in other words, a museum that's all about money. 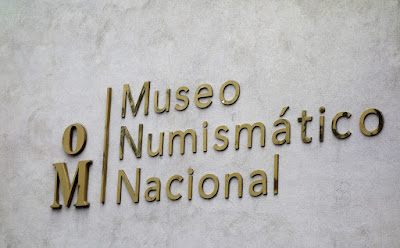 The museum is located on a rather scruffy street in the historic center in a 17th century building that was known as the Casa de Apartado.  Originally it was a factory for the production of sulfuric acid which was then used in the separation of precious metals. 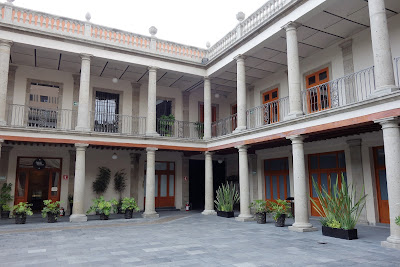 Between 1848 and 1983 the building was Mexico's National Mint where all Mexican coins were made.  (Today the coins are minted in the city of San Luis Potosí.)

Upon entering, I was told that there would be a guided tour in a few minutes.  I usually dislike being herded around, but I am glad that I decided to join the tour.  The fellow who led our small group (only five of us) was very knowledgeable and personable.  I didn't understand everything (there were a lot of technical words), but I got the gist of what he was saying.  We were given a demonstration of how coins were actually made here.

First we were led to a cavernous room where gold and silver were smelted and cast into ingots. 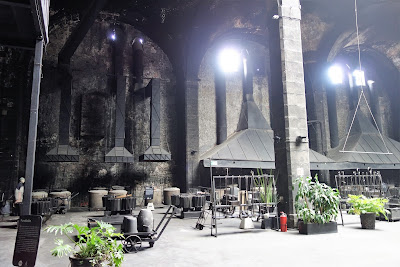 From there we went to another large room where the minting of coins was done.  All of the machinery from when this facility was the National Mint is still here, and it is still operational.  Many of the machines date from the early 1800s.  At that time they were run by steam power and then later converted to electricity.

First we saw how the ingots were put through a machine that flattened them down to thin metal strips. 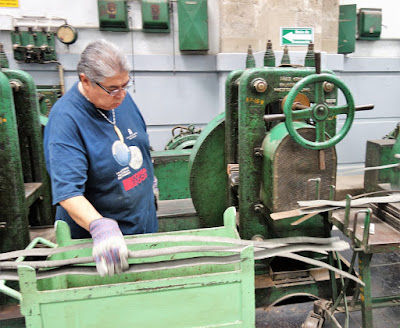 The strips were then placed through another machine that would punch out the discs that would become coins. 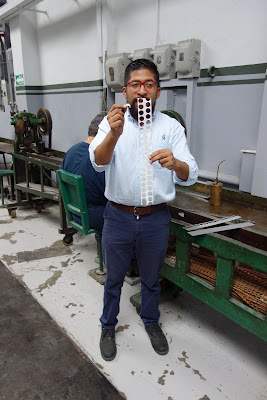 Next there is a machine to stamp the design on the edge of the coin.  In this demonstration they stamped a disc with the motto "Independencia y libertad" which used to be on the edges of the five peso coins in the 70s. 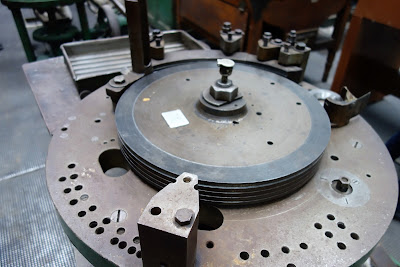 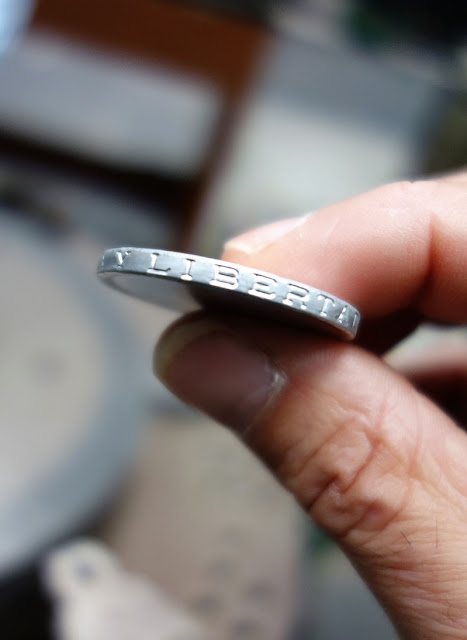 Finally this apparatus stamps the front and back of the metal discs and then spits out the finished product.  (This machine was built in 1824, was modified to be powered by electricity, and is still functioning.) 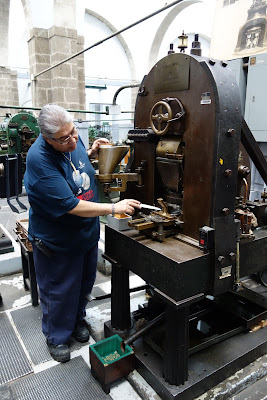 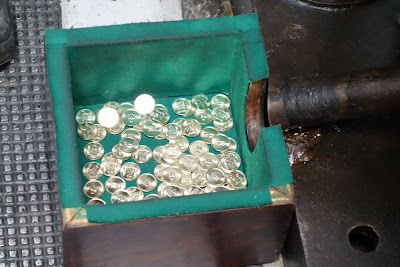 The machine minted souvenir coins which each of us could keep.  The "M" under an "O" (the first and last letters of "Mexico") has been the emblem of the Mexican Mint since Spanish colonial times.  If you look very carefully at any Mexican coin, you will see that to this day that emblem is on the Mexican coinage. 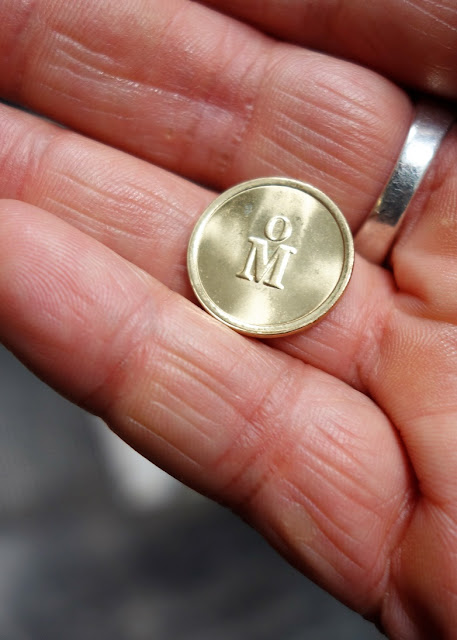 I would have missed this entire demonstration if I had not taken the tour.  All I would have seen is the display of historic Mexican coins. 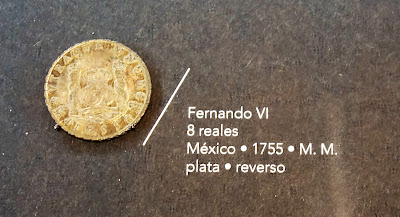 This is an eight "real" coin minted in 1755 during the reign of King Fernando VI of Spain.  In that era this coin was widely used throughout the world, including the United States.  This is where we got the old term "pieces of eight". 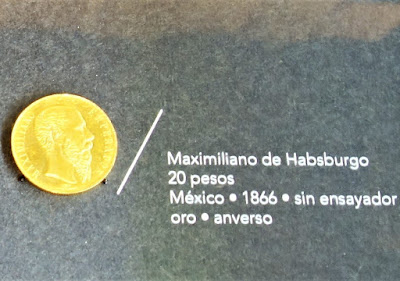 Here is a gold coin from the ill-fated reign of Maximillian von Hapsburg.

If you should ever visit the National Numismatic Museum, be sure to take the tour!  Even if you don't speak Spanish, watching the process of making a coin will be interesting.