Mexico City is a city of museums, around 150 altogether.  One of the more unusual and surprising is a historic former synagogue located in the old center of the city.

In spite of the predominance of the Catholic Church and the existence of the Inquisition in colonial times, ever since the mid-nineteenth century, with the separation of church and state, Mexico has been a generally welcoming country to Jewish immigrants.  Both Ashkenazi Jews from Europe and Sephardic Jews from the old Ottoman Empire came to Mexico.  The majority of them settled to the east of the Zócalo, Mexico City's main square.

In 1941, Nidje Israel, the first Ashkenazi synagogue in Mexico, opened its doors.  Eventually the Jewish community moved to other neighborhoods such as Condesa and Polanco, new synagogues were built, and the old house of worship fell into disuse.  In 2008 a restoration of the building began, and today it is a museum and Jewish cultural center. 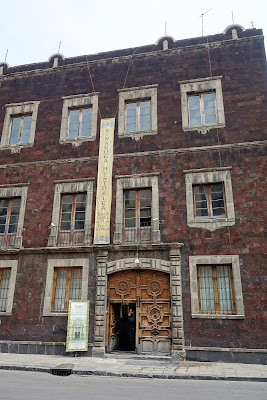 You enter the museum through a colonial building facing Justo Sierra Street.  Because most of the immigrants came from strongly anti-Semitic countries, it was their custom to keep their synagogues discretely out of sight.

Only the stars of David on the wooden doors give us a clue of what lies within. 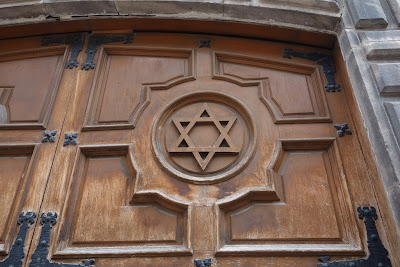 Beyond the colonial façade, there is a courtyard and the synagogue building in a completely distinct neo-Roman style of architecture. 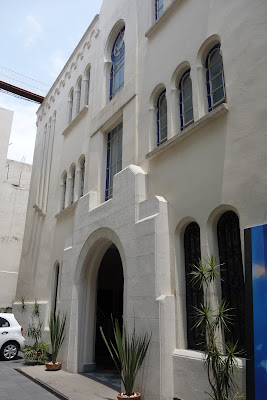 On the first floor is a large hall which was used for events such as weddings, bar mitzvahs and other events. 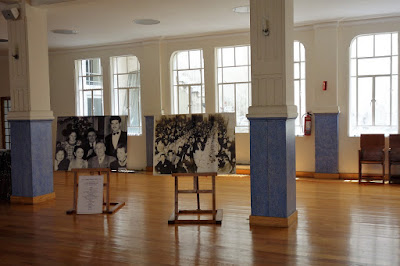 Upstairs is the beautifully restored place of worship.  The interior design was copied from a photograph of a synagogue in Lithuania at the request of one of the principal donors. 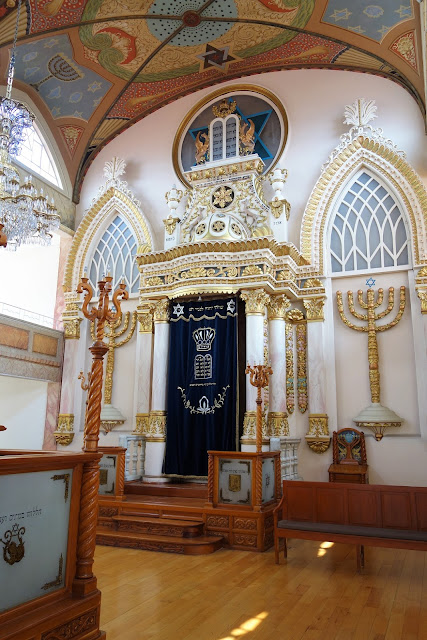 The "sacred closet" is the holiest part of the synagogue.  Behind the velvet curtain the scrolls of the Torah are stored. 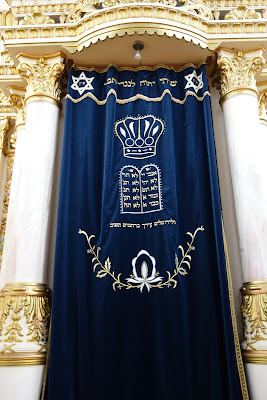 In the center is the pulpit from which prayers and speeches were given. The ceiling is painted with symbols of the Jewish faith. 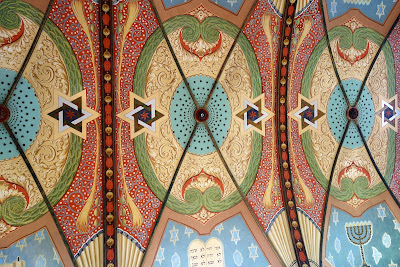 Because it was an orthodox synagogue, women were seated in a separate upstairs gallery. 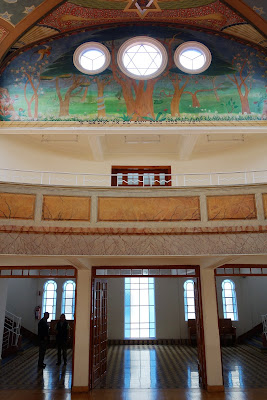 A view of the synagogue from the upper gallery. 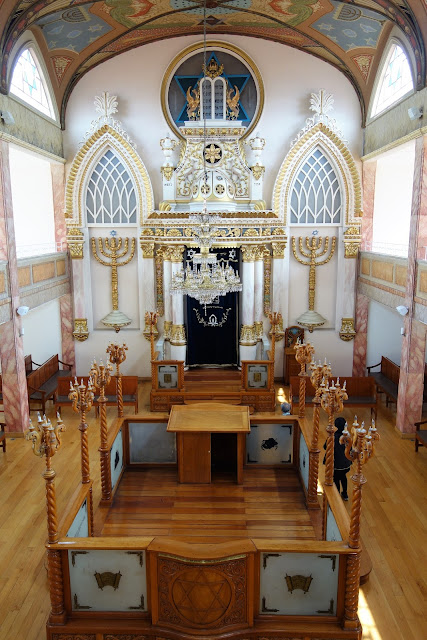 The historic synagogue is one of the unexpected gems to found in Mexico City.