On Saturday Alejandro and I went to the historic center of the city.  No matter how many times we go there, there is always something different to see!

We left the apartment and took the Metrobus north along Insurgentes Avenue to the Plaza de la República located by the Monument to the Revolution. 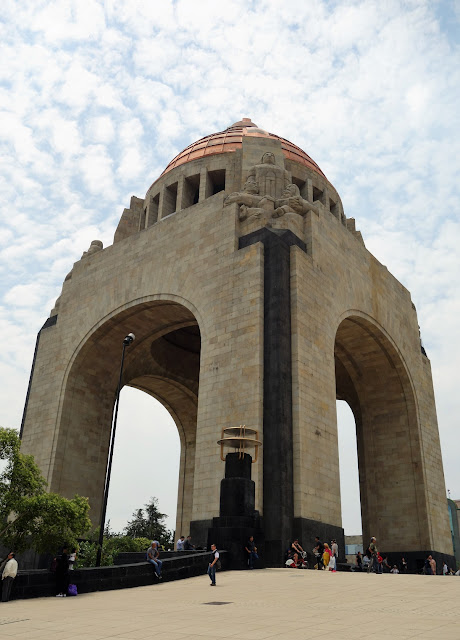 On the esplanade next to the monument there was an exposition sponsored by German corporations. 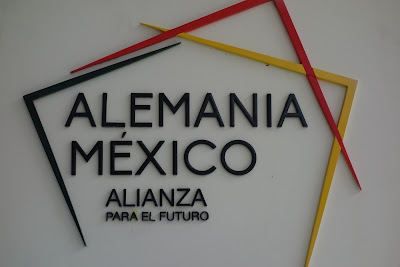 Germany - Mexico
Alliance for the Future

I am sure that the exhibit was timed to coincide with the visit this week of German Chancellor Angela Merkel.  In fact, we were told that she had made a brief stop here that morning.  Mexico and Germany have long had important economic ties.  For decades one of the world's largest Volkswagen factories has been located in Puebla, Mexico.  With the current strained relations between the United States and both Mexico and Germany, it is likely that the economic alliance will increase.

German companies such as Volkswagen, Daimler, and Bosch had exhibits and demonstrations. 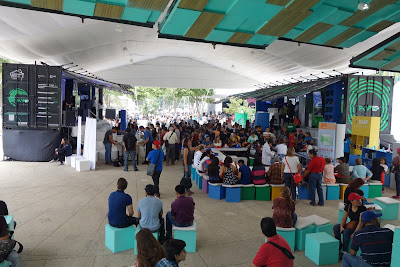 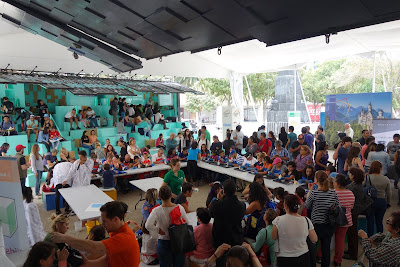 On the other side of the Revolution Monument there was an gathering of bicyclists... and about half of them were nude!  Yes, totally nude!  They were protesting traffic accidents involving motorists and cyclists.  Their point was that motorists need to pay attention to those on bicycles.

Sorry, this is a G-rated blog.  Even though the naked cyclists were happily posing for photographs, there will be no full frontal nudity here! 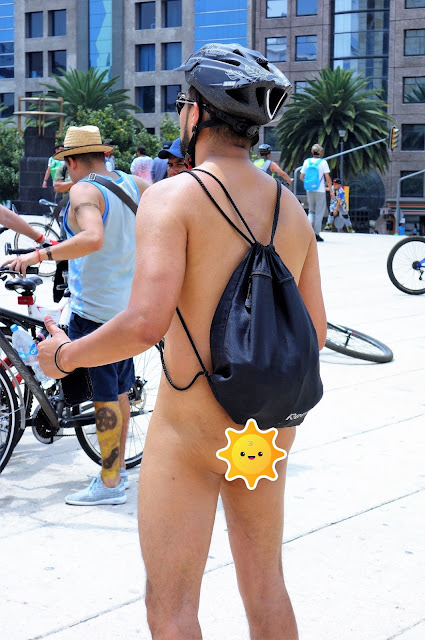 As I said at the beginning of this entry, there is always something different to see in downtown Mexico City!