The City of Palaces

In 1803 the German geographer and naturalist Alexander von Humboldt visited Mexico City.  He found the city, which was then the largest in the Americas, to also be the most advanced in terms of educational, scientific and cultural institutions.  He called it "the city of palaces"... a nickname which has endured to this day.  As you walk around the Historic Center you see many buildings which were once the grand mansions of the Spanish aristocracy.  It is fairly easy to identify the buildings which date back to the colonial era.  They are usually built of the dark red, volcanic stone called "tezontle".  On some (but unfortunately not all) of these buildings there have been placed historic markers which tell when they were built and who lived there.

Here are some pictures of just a few of the old mansions which I spotted during my walks in the old city. 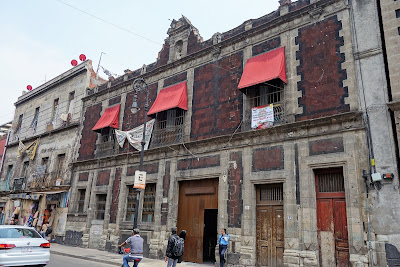 This building which houses the offices of a mutual aid society for teachers was built in 1682.  It was the home of Juan Chaverria de Valera, a Knight of the Order of Santiago. 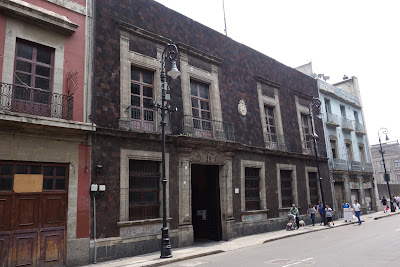 This building is the headquarters of the Mexican Geographic Society.  Founded in 1833, it is the oldest geographic society in the Americas.   I have mentioned that the spongy soil of Mexico City has resulted in many buildings sinking or leaning.  If you look carefully you will notice that the façade of this building is buckled.

There was no plaque giving the date of this building's construction, but on the Mexican Geographic Society's website I learned that it was built in the early 1600s, and that it was the home of Guillermo Gutiérrez de Montealegre, a magistrate and official of the Inquisition. 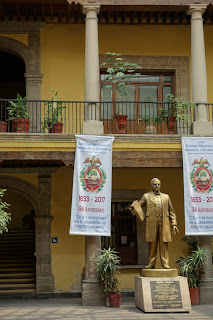 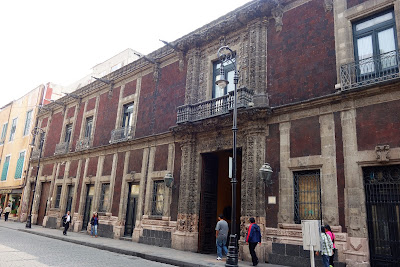 This ornate mansion was built in 1760 and was the residence of the Count of Heras Soto.  Today it is the headquarters of the Historical Archives of Mexico City. 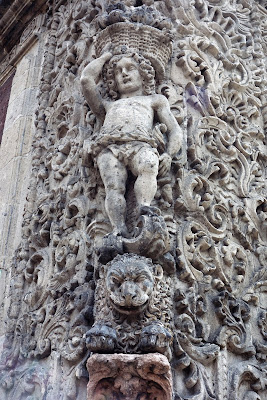 Detail of the sculpture work on the corner of the building 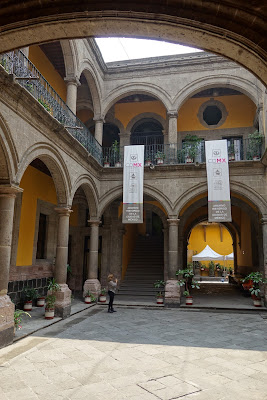 The courtyard of the archive building 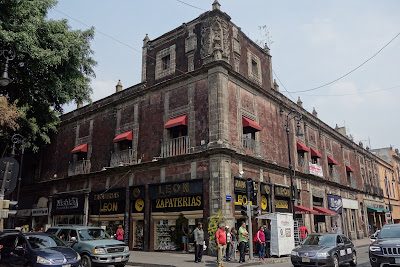 The plaque on this structure said that it was the site in 1524 of one of the houses of the Spanish conquistador Hernán Cortés.  Although this building is a later construction, it is still obviously very old.  Today the ground floor is occupied by a shoe store. 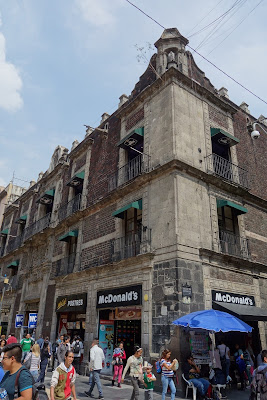 Madero Street, the principle street of the Historic Center, is the location of a number of colonial palaces.  The home of the Marquis de Prado Alegre, built in 1725, now has a McDonald's. 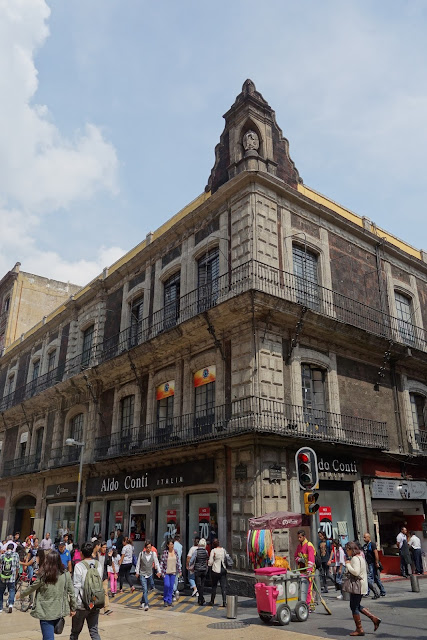 This building, which stretches for much of the block was built in 1775 and was the lavish residence of José de la Borda.  Borda was a miner who struck it rich when he discovered silver near the town of Taxco. 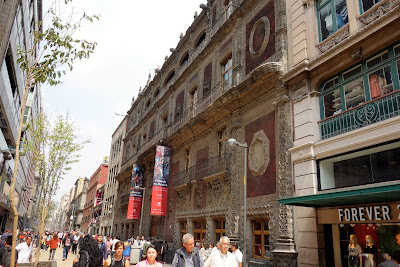 I have mentioned this building previously in a number of posts.  It is today owned by Banamex (Bank of Mexico) and is used for cultural exhibits.  It was originally built in 1780 as the home of the Count of San Mateo Valparaiso.  It was later the residence of Agustín Iturbide, an ambitious military officer who had himself proclaimed Emperor of Mexico shortly after the country won its independence.  The building is still referred to as the Palace of Iturbide. 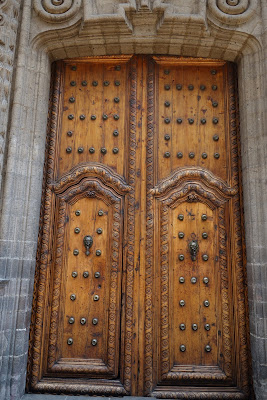 The doors of the palace 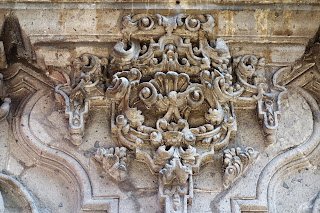 Detail of carving on the façade

Probably the most famous of the city's colonial palaces is the so-called House of Tiles. 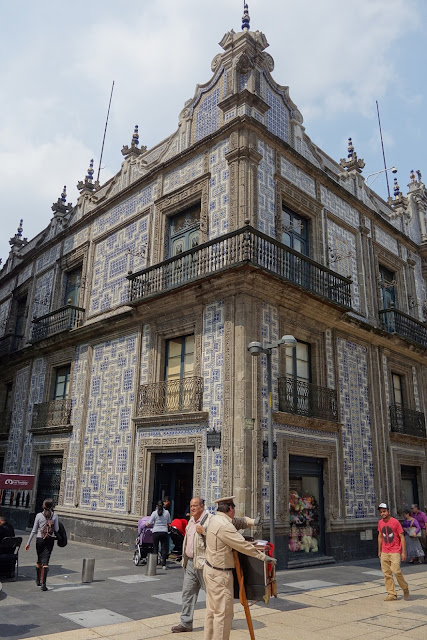 It was the home of the Counts of the Valley of Orizaba, and around 1735 it was decorated with Talavera tiles. 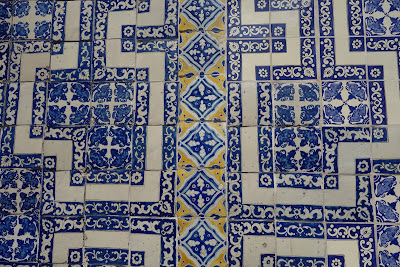 Today it is the flagship of the Sanborns restaurant chain.

Those were just a few of the many colonial houses in Mexico City.  Add to those the many churches, convents, schools and other structures and you have the largest collection of colonial buildings anywhere in the Americas.