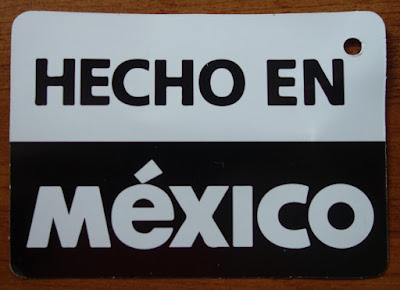 In Mexico, just as in the United States, shoppers are annoyed when the store shelves are filled with merchandise made in China.  This is probably even more true in the past year as the Mexican people have developed a stronger sense of nationalism.  Maybe, just maybe, there is a trend to satisfy the shoppers' desire to buy products "hecho en México" (made in Mexico).

It's a habit of mine when I am in Mexico City to stop in at Woolworths.  It's a bit of a kick to visit this remnant of the once mighty retail empire that stretched across the United States and beyond.   I also go there to look at the soccer shirts that they have from Mexican and Spanish teams.  It's not that I am a big soccer fan, but I think that the shirts are really cool.  And at Woolworths the official team shirts cost a fraction of what they would cost at a team shop.

A few months ago I was in Woolworths, and I was about to buy a "Club América" shirt until I saw on the tag that it was made in China.  The other day I was there again, and the Club América shirts displayed a tag which in bold letters proclaimed "Hecho en México".  So, of course, I bought it. 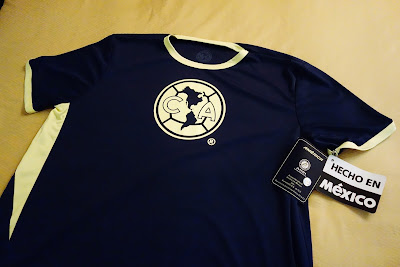 As I browsed through the men's clothing department, a good percentage of the items seemed to be made in Mexico.  In the housewares section the same seemed to be true.  The only department where everything was made in China was the toy department.  That's a shame because, once upon a time, Mexico had a flourishing toy industry.

I bought eight items at Woolworths.  Seven were made in Mexico, and only one, a plastic measuring cup, was made in China.