On Thursday some relatives and friends of Alejandro's, from both Texas and Mexico, arrived in Mexico City for a long weekend visit.

On Friday, while Alejandro was at work, it was my job to be their tour guide... rather ironic since I was the only "gringo" in the group.  However, if you have read much of this blog through the years, you know that I very much enjoy playing tour guide.  The group wanted to visit the Basilica of Guadalupe, a shrine dedicated to Mexico's patron saint, and the most visited Catholic pilgrimage site in the entire world.

I suppose "tour guide" is not exactly the correct term for my role.  Every Mexican and Mexican-American knows the story of the Virgin of Guadalupe.  They certainly didn't need any commentary from me.  My job was simply to get them there and back.  I met them at their hotel in the morning, and I led them to the nearest Metrobus station.  We took the Insurgentes Metrobus north almost to the end of the line, and then walked a few blocks to the Basilica.

Actually there are two Basilicas.

The old Basilica was built between 1695 and 1709 on the site of earlier shrines.  It sits at the foot of the hill where the Virgin is said to have appeared. 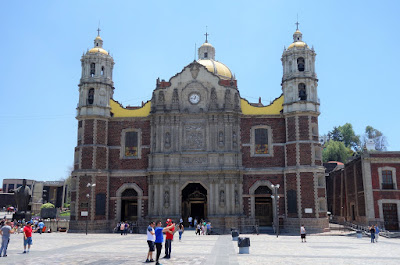 The interior of the old Basilica is quite ornate.  The only thing that it lacks now is the venerated image of the Virgin of Guadalupe over the main altar. 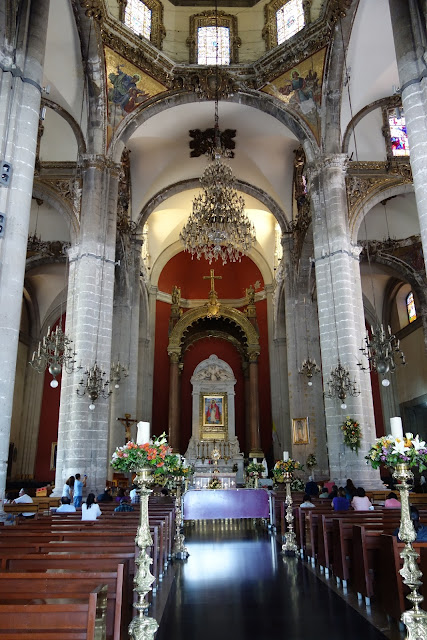 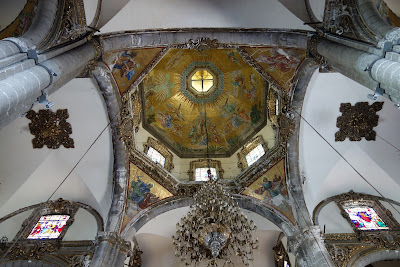 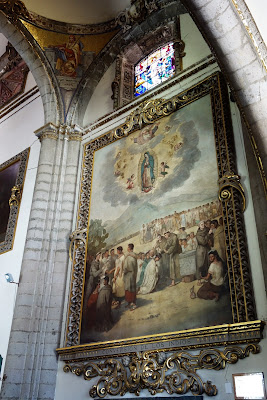 The soil of much of Mexico City is spongy due to the fact that it was once lake bottom.  The old Basilica, like many other colonial buildings in the Mexican capital, began to settle unevenly into the ground.  By the second half of the 20th century, it was deemed unsafe and closed to the public for a number of years.  Repairs were made to stabilize it.  Although it is still noticeably leaning, it is once again open.

Next door to the old Basilica, is the new Basilica, which was built between 1974 and 1976.  It features a round floor plan so that the image of the Virgin can be seen from all angles.  The new Basilica can hold up to 10,000 people. 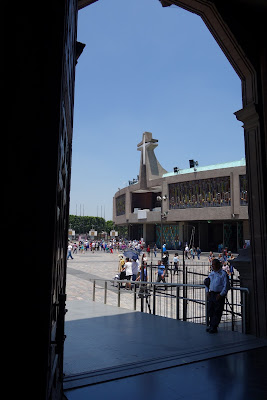 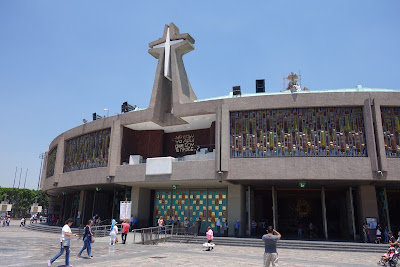 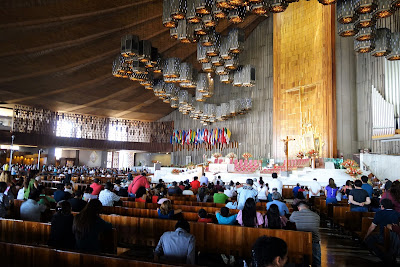 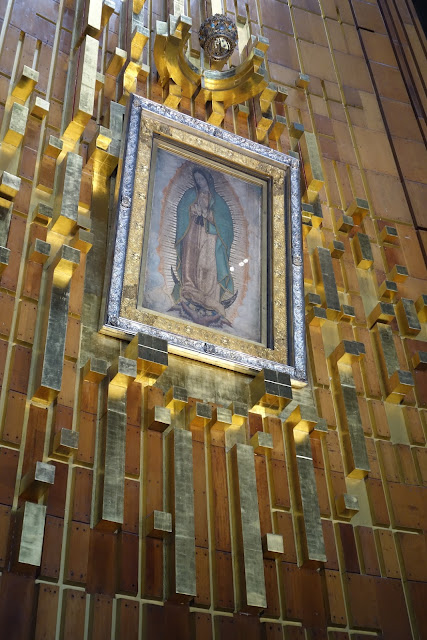 Behind the main altar there is a moving sidewalk from which visitors can look up and get a closer view of the image which the faithful believe miraculously appeared upon the cloak of Juan Diego in 1531.

I really don't care that much for the exterior of the new Basilica.  The interior is certainly impressive.  But for my money the old Basilica looks like a church. while the new structure looks like a huge, lavish auditorium.
Posted by Retired Teacher at 11:56:00 PM