Last Saturday afternoon, just a couple days before my departure from Mexico, I watched the World Cup match between Mexico and Argentina with Alejandro, his sister Sandra and his nephew Ezra.  Ezra's school had invited the students and their families to come watch the game on a big screen TV set up in the courtyard of the school.  So, around 12:30 we all walked over to his "secundaria" (junior high), just five minutes away.  Alejandro's dad, the biggest soccer fan in the family, stayed at home to watch the game. 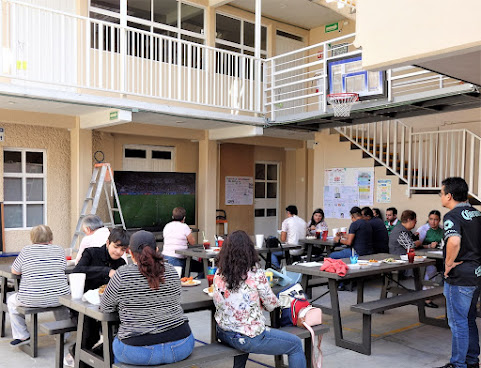 We all dressed up in "¡Viva México!" attire.  Ezra wore a "mariachi" tee-shirt, but he was too embarrassed to wear the "sombrero" that his mom brought along for him.  After a while, however, he got into the spirit of things, and put on the straw hat.  I didn't have a "sombrero", but I wore a soccer shirt (that I had bought some years ago at Burlington Coat Factory!) emblazoned with MEXICO in big letters. 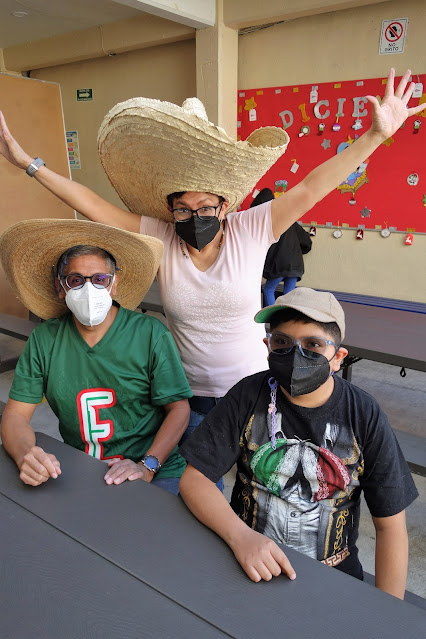 Earlier this year I had given Ezra a Mexican flag that I used to hang in my classroom.  Sandra brought it along. 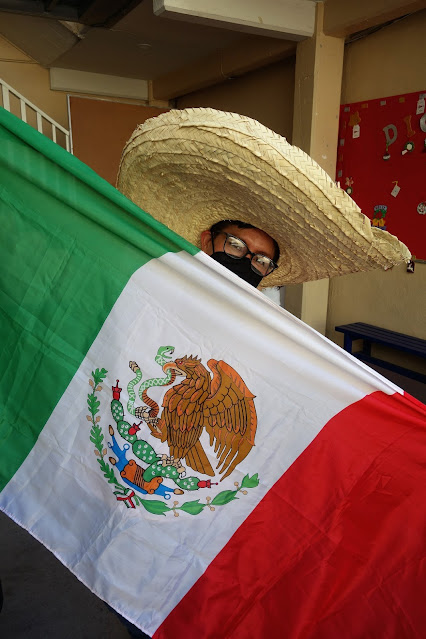 Alejandro was wearing a tee-shirt from the last world cup.  It was part of a series of six shirts (he has them all), each one with a letter of M-E-X-I-C-O. 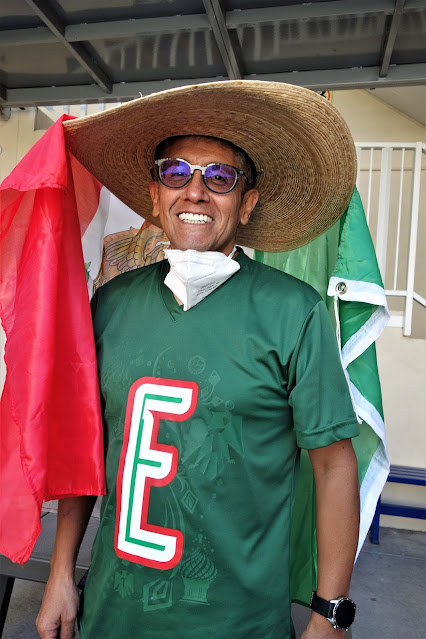 The school's cook had prepared "tacos de carnitas" for purchase, so I ate a couple during the game.  The "carnitas" were also available for carry-out.  After the game Sandra bought a kilo to take home for our dinner. 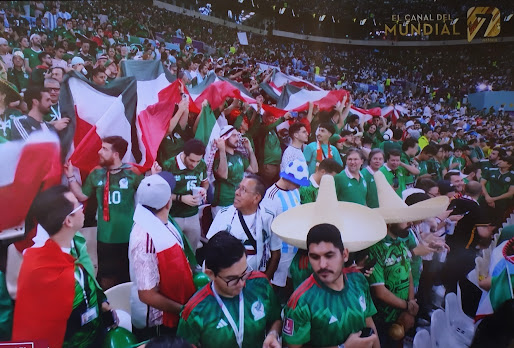 As you can see from the crowd at the stadium in Qatar, we weren't the only ones wearing Mexican tee-shirts and big sombreros and carrying Mexican flags. 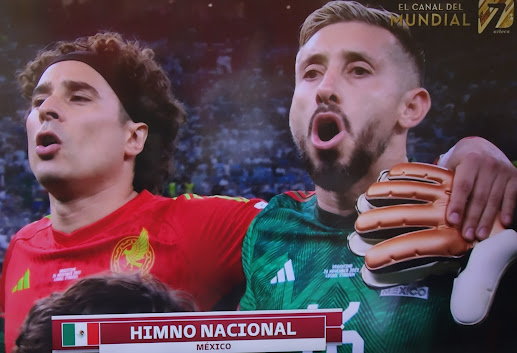 The Mexican team singing the national anthem before the start of the game.
Argentina was heavily favored to win the game.  In their first game, Mexico had tied the favored team from Poland.  The first half of their second match was also scoreless, and I was hoping that Mexico might at least pulled off another tie with Argentina.  However, in the second half, Argentina's Lionel Messi, considered one of the greatest "fútbol" players in the world, scored two goals.  Mexico went down to defeat and has been eliminated from advancing to the next round.
Alejandro's father was very angry, but the rest of us had fun in spite of the outcome.