From the Mexican Supermarket

I needed some canned chipotle and serrano peppers, so last week I made a trip to the Mexican supermarket located on the west side of Cleveland.  While I was there, I checked to see if they had any "rompope", an alcoholic beverage which is Mexico's version of eggnog.  It has been a while since they have had it in stock, but I figured that they might have it for the holiday season.  The two best known brands of "rompope" are "Santa Clara" and "Coronado", but last year the supermarket had a brand called "Hacienda Guanamé".  I thought that it has a smoother, richer taste than the other brands.  Alejandro has found it occasionally in supermarkets in Mexico, and he agrees with me.

What I found this time was yet another brand... "Atontonilli", which is made in the Mexican state of Jalisco.  This "rompope" is almond flavored. 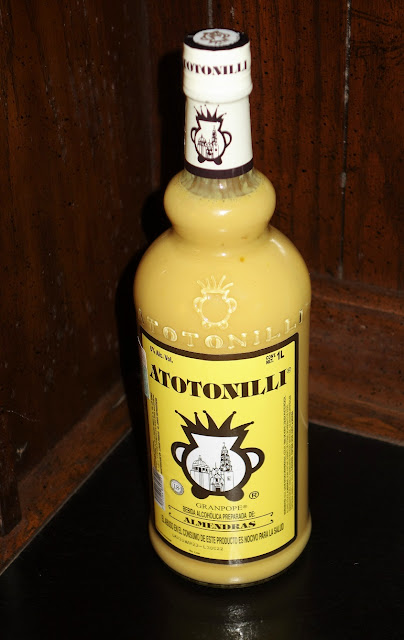 I bought a bottle and opened it last night to see how it tastes.  The flavor is very good; however, it has chunks of almond in it.  It just seems rather strange to chew my eggnog!  The bottle says to shake before serving.  Perhaps if I don't shake it, all those pieces of almond will stay on the bottom.

When I went to the checkout, they were giving away a 2023 calendar.  It's rather cool with a picture of the different kinds of tacos in Mexico.  I will take it with me on my upcoming trip and give it to Alejandro's family.

And, yes, I bought a good supply of canned peppers.  Tonight I am going to open up a can of chipotles and make chicken "tinga".