On our Saturday excursion, Alejandro had battled the traffic, especially when leaving and returning to Mexico City.  So on Sunday I suggested that we simply go somewhere in the city using public transportation.  We took the Metrobus and the subway to the historic center without any particular destination in mind.  We were just going to wander around and enjoy the sunny afternoon. 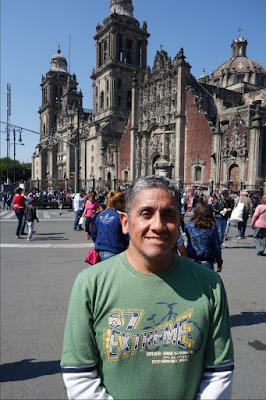 Alejandro with the Cathedral of Mexico City in the background 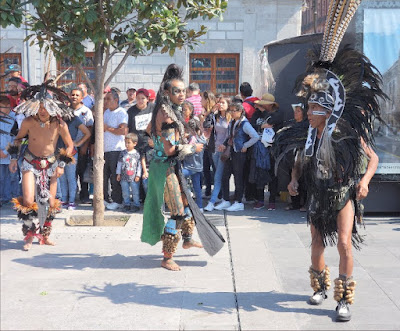 "Aztec" dancers were performing on the plaza to the side of the Cathedral. 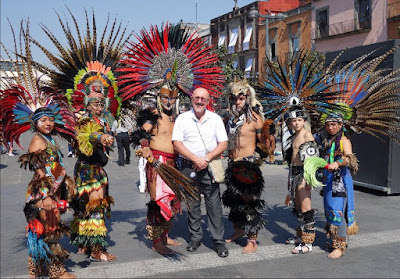 For a few pesos they happily posed for a picture with me. 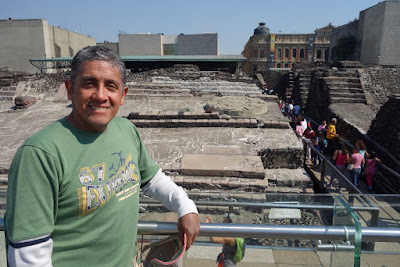 Mexico City was built on top of the ruins of the Aztec capital of Tenochtitlán.  Just steps away from the Cathedral is the archaeological excavation of the base of the main Aztec temple.  The excavation is a continuing project.  In fact, we are standing on a walkway over an area which is a current archaeological dig.  Tourists pay an admission fee to enter the archaeological site, and to visit the excellent museum which houses the thousands of artifacts that have been uncovered.  Alejandro and I have both been to the ruins and the museum.  But we suspect that in the near future we will be due for another visit to see what progress has been made.

A few photos of architectural details as we wandered through the city's colonial heart... 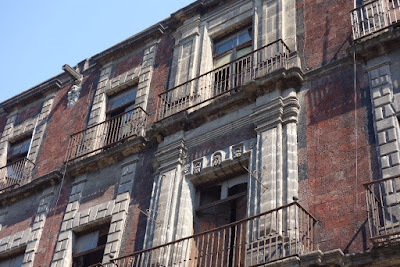 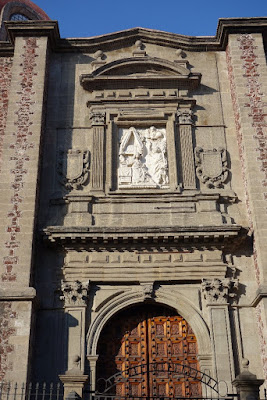 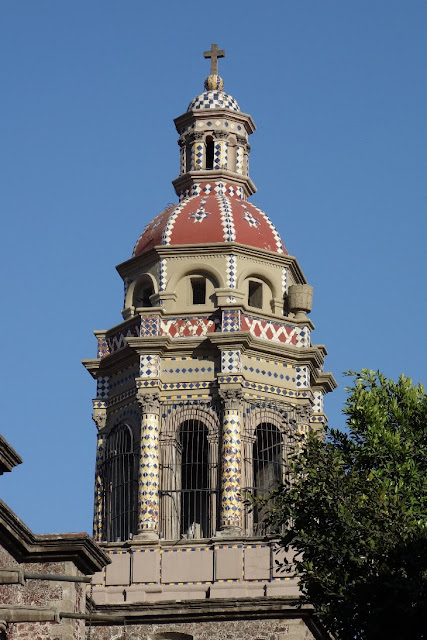 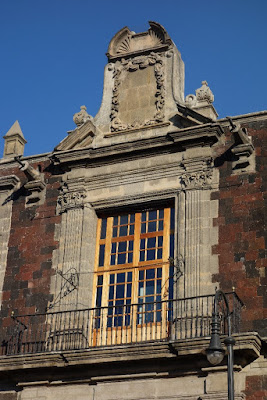 Mexico City has more museums than any other city in the world.  We were walking along the street by the old Colegio de San Ildefonso (described in a couple of recent posts).  One corner of the building is a separate museum, one of the lesser known museums, the Museum of Light.

It occupies a courtyard of San Ildefonso. 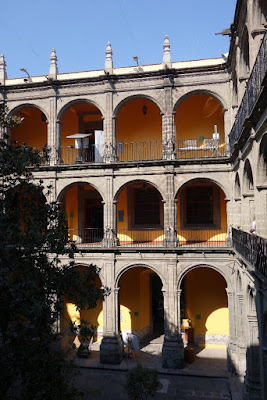 As in the other part of the building, the stairwell is decorated with mural paintings... in this case, paintings by the famous artist David Siqueiros. 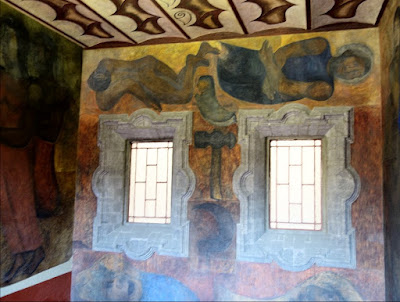 The museum deals with the scientific properties of light.  Many of the displays are interactive.
Even though science was not my favorite subject in school, I found the museum to be fairly interesting. 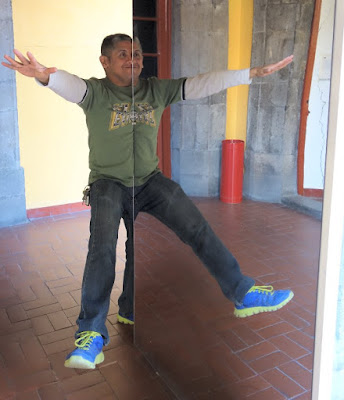 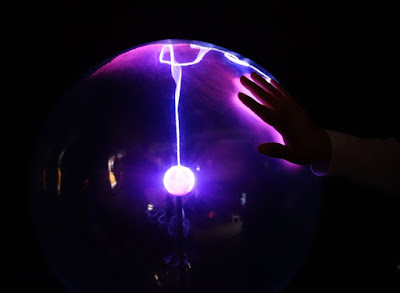 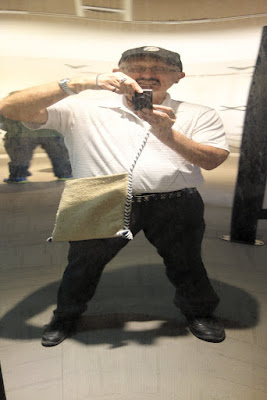 I know I have eaten a lot while I have been in Mexico, but I'm not that fat!
Posted by Retired Teacher at 10:10:00 AM