I doubt that the skies of Mexico City are ever so clear that you could see forever.  However, we have been enjoying some relatively pollution free days.  Usually, during the winter dry season, the pollution is at its worse, but I guess the winds are blowing in just the right direction to blow away the smog.

On Friday I decided to see just how clear the air was, and I went to the observation deck at the top of the Latin American Tower.  This skyscraper was built in 1956, and for many years it was the tallest building in not just Mexico, but in all of Latin America. 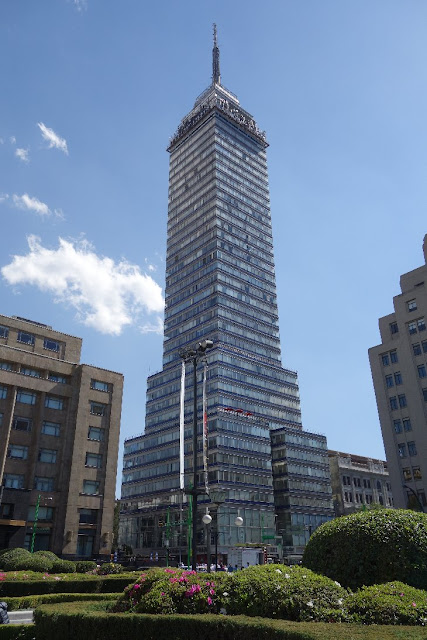 I have been to the top of the tower many times, and I have already posted pictures on this blog.   But I hoped that the view would  perhaps merit another post. 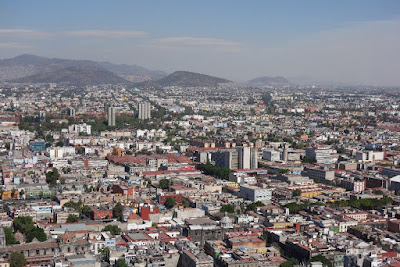 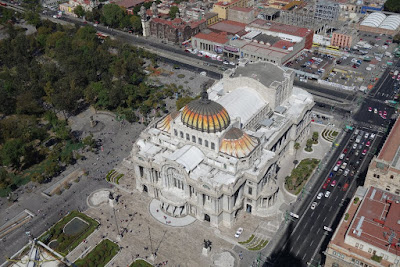 Looking down at the Palace of Fine Arts 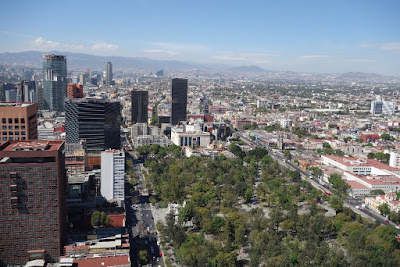 The Alameda Park and Juárez Avenue 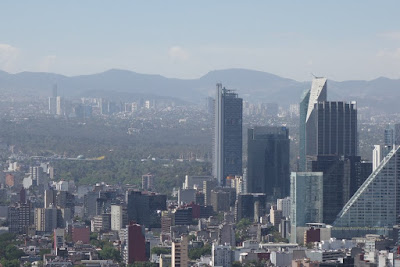 The skyscrapers along the Paseo de la Reforma are not obscured by smog.
You can even make out the distant buildings of the Santa Fe commercial district at the foot of the mountains.

But the real proof is whether or not you can see the volcanoes Iztaccíhuatl and Popocatépetl to the east.  All the times that I have been to the top of the tower, I have never seen the volcanoes.

They are not crystal clear, but, yes, there they are! 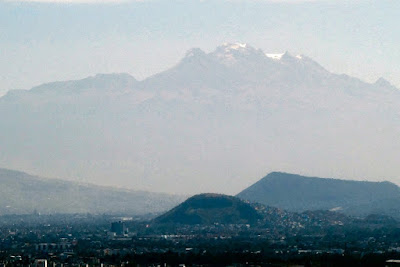 You can make out the snow on the peak of Izta... 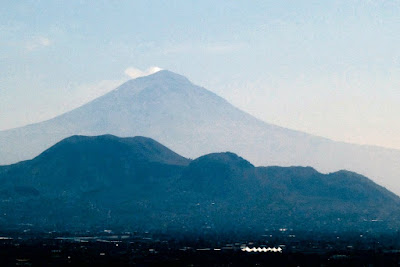 and Popo appears to be exhaling a puff of smoke.
Posted by Retired Teacher at 11:03:00 AM