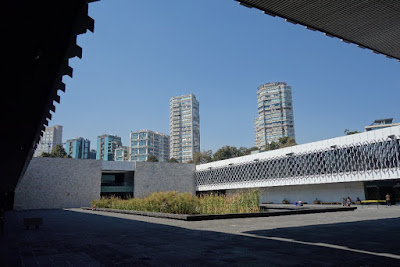 Those of you who follow my blog know that on each trip to Mexico City I am likely to make a return visit to one of the great museums of the world, the National Museum of Anthropology.  The museum is huge.  For some time I have been picking just one section of the museum, and taking the time to look at the displays in that section more thoroughly and to read more of the descriptive material.

On Tuesday I went to the museum, and this time I concentrated on the hall devoted to the cultures of western Mexico.  This hall does not receive nearly as many visitors as the Aztec Hall or the Mayan Hall... civilizations that are much more famous.  I guess I had not been in the hall for a long, long time, because it seemed like a whole new experience to me.

One characteristic shared by most of the cultures of western Mexico was their manner of burial.  Important persons were interred in what is called a shaft grave.  A narrow shaft would descend to one or more burial chambers.  The dead were buried with many objects, particularly pottery. 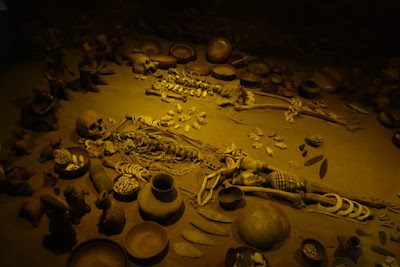 A recreation of a burial chamber

These chambers usually contained ceramic images of dogs.  The dog would serve as the guide and companion to the dead and would help him avoid the obstacles along the path to the underworld. 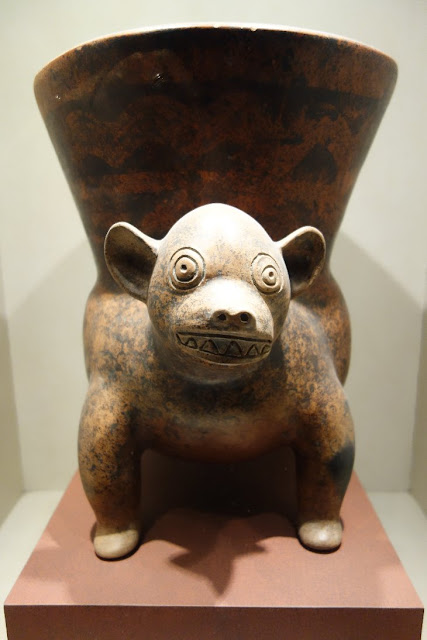 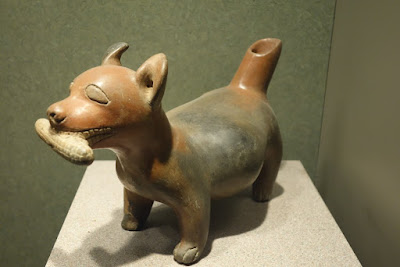 Clay images of warriors were also common.  They were there to protect the departed from evil spirits. 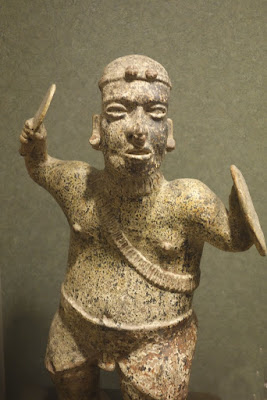 Images of deformed people, such as hunchbacks, were found in many graves.  Those people were viewed as the possessors of special magic. 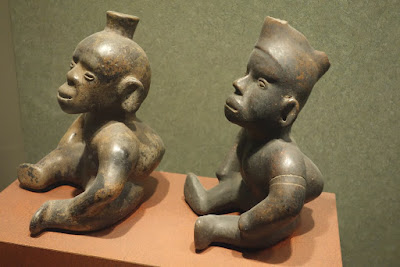 Often there would be a replica of the departed's home in the tomb. 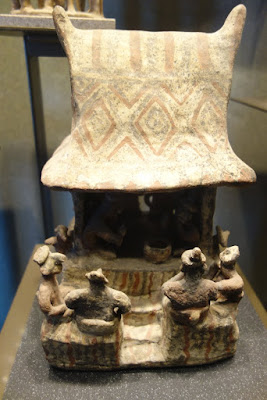 This clay pot features images of peyote mushrooms.  Those hallucinogenic mushrooms were revered, as they are by some tribes today, as a means of making contact with the gods. 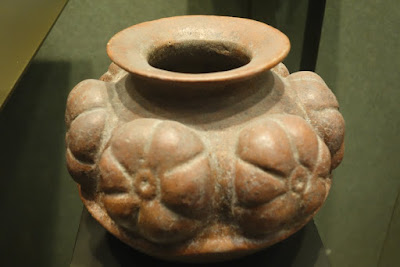 This is just a tiny sample of what is to be found in that one hall of the Anthropology Museum.
Posted by Retired Teacher at 10:19:00 AM