I went downtown again today, and as I was passing by the Zócalo, Mexico City's huge central plaza, I saw another protest.  This one was larger than the one I saw a few days ago.  The crowd filled one corner of the plaza in front of the Cathedral. 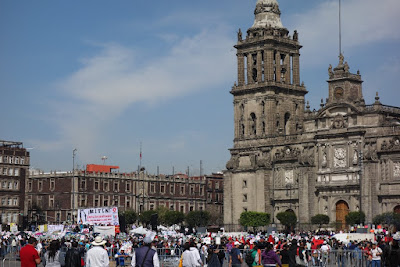 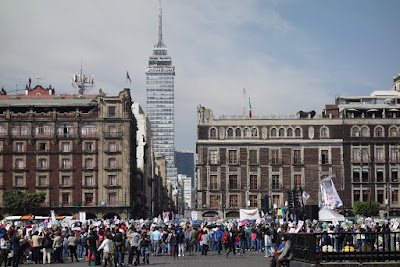 It was hard to understand the speakers since their voices were garbled over the microphones.  But I believe one said that there would be a big demonstration at the end of the month.  And one of them mentioned that in less than twenty four hours Trump would be president of the United States. 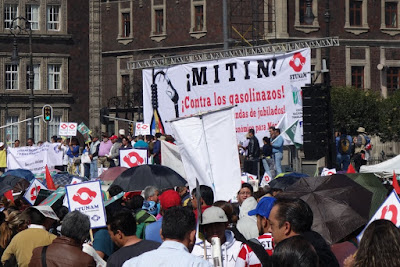 The banner says "Meeting! Against the gasoline increases!"
No, I was not that close to the demonstration.  I can thank the zoom on my camera for this photo.

The demonstration, once again, was peaceful, and I didn't even see much police presence.
Posted by Retired Teacher at 8:08:00 PM